İş Sanat to shake up December with jazz concert series 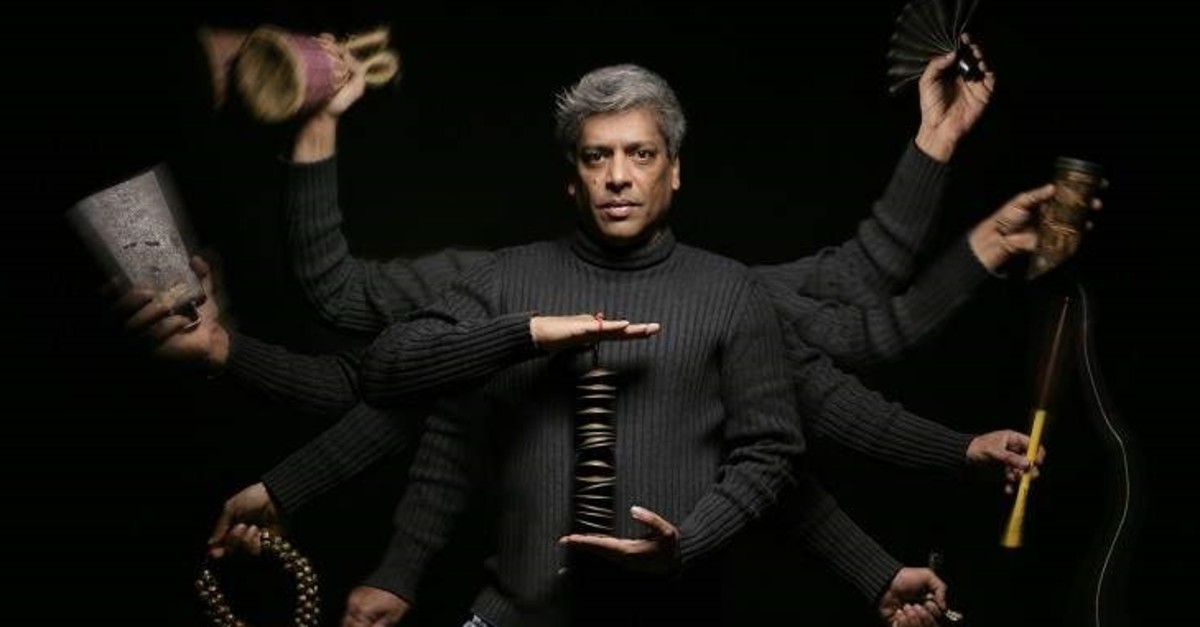 Percussionist Trilok Gurtu is known as the rhythm master in the jazz world.
by Daily Sabah Dec 06, 2019 5:11 pm

One of Istanbul's biggest art and music hubs, İş Sanat, has unveiled its December program. The venue is set to host the Wallonia Royal Orchestra and the Mahler Chamber Orchestra as part of its classical program, while İş Sanat's annual jazz series kicks off this month with a number of masters of the craft in the form of Omar Sosa, Paolo Fresu and Trilok Gurtu.

The Mahler Chamber Orchestra, which started its tour “Voices of Europe from Istanbul to Berlin,” will be performing an unmissable concert on the evening of Dec. 13, while on Dec. 15, a play for children, “Fırtına” (“The Storm”), will be staged by Geveze Piyanist and the Spolin-ist Öykü Theatre. Plus, Cuban pianist Omar Sosa, Italian trumpeter Paolo Fresu and percussion master Trilok Gurtu will cook up a jazzy storm on the evening of Dec. 17. İş Sanat's story recitals, which have sealed the venue's fame, will feature extracts from Yaşar Kemal's classic novel “Tek Kanatlı Bir Kuş” (“A One-Winged Bird”). Finally, on Dec. 26, Ümit Besen, one of the pioneers of arabesque fantasy music in Turkey, will perform works joined by a new generation of vocalists including Kalben, Selin Sümbültepe and Melike Şahin.

The Mahler Chamber Orchestra, founded by world-renowned conductors Daniel Harding and Claudio Abbado, will perform at İş Kuleleri Hall at 8:30 p.m. on Dec. 13. The orchestra, a 55-member itinerant ensemble from 20 countries, will meet the listeners with a repertoire bumping new life into works from Joseph Haydn, György Ligeti, Bohuslav Martinu and more. German pianist Holger Groschopp, Berlin Philharmonic's Principal Horn Stefan Dohr and timpanist Martin Piechotta are set to feature as part of the orchestra, led by François-Xavier Roth, a full-time conductor at the London Symphony Orchestra.

Asked about the group's plans for Istanbul, Roth said: “We will witness a kind of panorama of how composers have improved their art and music production over the years. This will allow us to establish a dialogue between the two centuries and two composers who lived in times apart.”

Since 2012, pianist Omar Sosa and Italian trumpet player Paolo Fresu have been a pioneering force in Latin jazz. At İş Kuleleri Hall at 8:30 p.m. on Dec. 17, the duo will be joined by famed jazz rhythm profesionado Trilok Gurtu. Omar Sosa and Paolo Fresu released their debut album “Lara" in 2012, becoming one of the best-loved acts in Europe, followed by their second album “Eros” four years later.

Trumpeter Paolo Fresu, a strong reverer of Miles Davis, has starred on hundreds of album. He has also performed theater and cinema music and shared the stage with the most prominent jazz musicians, including Enrico Rava, Giorgio Gaslini, David Liebman and Richard Galliano.

This month, Yaşar Kemal, the first Turkish writer to have been nominated for the Nobel Prize for Literature, will be commemorated in the İş Sanat's now-classic story recital event. The veteran author’s “Tek Kanatlı Bir Kuş” (“A One-Winged Bird”) will greet audiences at İş Sanat for the first time. The product of musical director Serdar Yalçın and the stage skills of Mehmet Birkiye and Atilla Birkiye, the story recital will be held at no less than two separate events at İş Kuleleri Hall, at 4 p.m. on Dec. 22 and 8:30 p.m. on Dec. 23, due to a buzz of excitement from literature lovers. The concert is free of charge and will open at 8 p.m.

Meanwhile, İş Sanat will bid farewell to 2019 with a concert of “Songs of Ümit Besen.” Besen, one of the pioneers of arabesque and fantasy music in Turkey, will be accompanied by new generation singer-music writers Kalben, Selin Sümbültepe and Melike Şahin. Be sure to note this special occasion at İş Kuleleri Hall at 8:30 p.m. on Dec. 26.

Born in 2005, Sezin Ege Kabaklı began playing at the age of 7 before joining Mersin University State Conservatory. In 2017, she was awarded the second Edelweiss award for chamber orchestra piano in Vienna and the third prize in the Leyla Pamir awards and came fourth in the International Young Talents Competition. She won the auditions of Eskişehir Metropolitan Municipality Symphony Orchestra Young Soloists, having the chance to play with the orchestra. Kabaklı has since worked with Emre Elivar, Gökhan Aybulus, Zeynep Üçbaşaran and Sergio Gallo. She continues training with Ayan Kömür at Mersin University State Conservatory.