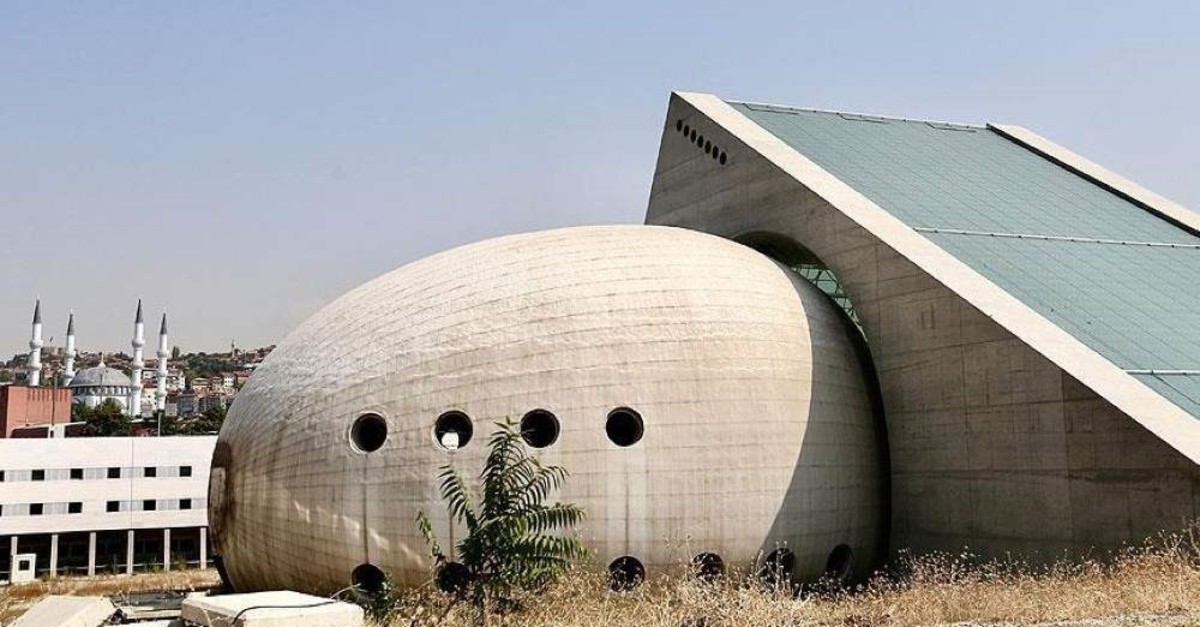 Architects working on Turkey’s Presidential Symphony Orchestra building in the capital Ankara told Anadolu Agency (AA) that the new facility will be completed by the end of the next year, with artistic, social and civic features.

Culture and Tourism Minister Mehmet Nuri Ersoy announced that the construction of the concert hall will be finished within a year, 28 years after it began. The new facility will have two halls with a capacity of 2,500 people, a backstage and a VIP lounge.

Architect couple Semra Uygur and Özcan Uygur said such public facilities provide prestige to a city and reflect the image of a country. "Having a stranger watch a concert there changes the image of the country," Özcan Uygur said. Semra Uygur added that the concert hall will contribute to the cultural and artistic life of society and strengthen the social communication of people. "The Presidential Symphony Orchestra is the only institution bearing the name of Turkey's presidency. This facility will play an important role in the cultural life of Ankara and Turkey," she said.

In 1992, a national architectural project to build a concert hall in the area of the Atatürk Culture Center was launched. "The project was built in a timeless style that contributes to the cityscape and stands out for its design that will be appreciated for years to come," Semra Uygur said of the jury's final decision on the project.

She said the area is located between the mausoleum of Turkey's founder Mustafa Kemal Atatürk and the Ankara Castle."We had the chance to locate the main concept of the structure emotionally and physically in relation to the urban area. A structure that does not harmonize with its surroundings is meaningless," she added.

The Presidential Symphony Orchestra's new structure is egg-shaped, combined with a pyramid-shaped building. "We combined the wall and roof to create the feeling that it is surrounded by the environment; therefore, the structure consists of singular and independent forms," Semra Uygur stated.

Özcan Uygur said the egg-shaped form also boosts the acoustics inside the structure.
"Only symphonic music can be performed here," Semra Uygur said, noting that it is the first hall built solely for concert purposes in Turkey.

However, visitors to the building will do more than just listen to music, Özcan Uygur stressed. "People will come to socialize, meet new people and come together," he said. "When the construction of this facility is over, it will be a place where people can take a break. Public facilities not only serve their visitors but also the community."