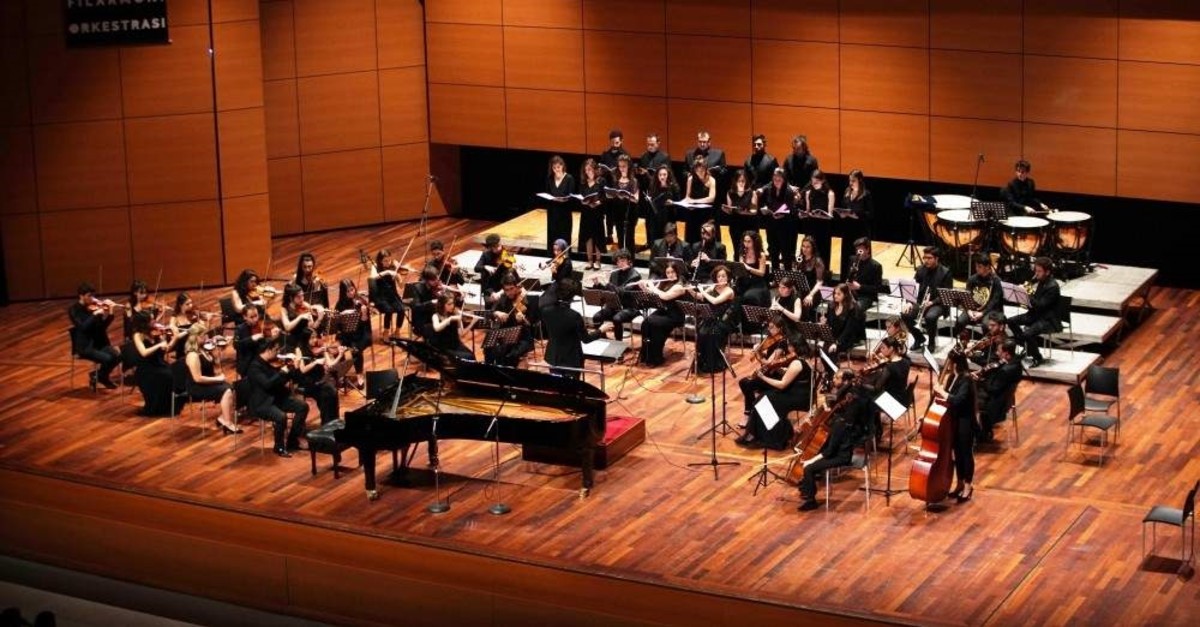 Boğaziçi Philharmonic Orchestra, with its young staff, is set to perform a special New Year's concert and a Turkey premiere under the direction of Onur Tahmaz with soloists Tarık Kaan Alkan and Tutu Aydınoğlu. In the first half of the concert, 13-year-old pianist Tarık Kaan Alkan, who has successfully represented Turkey in several international competitions, will perform Mendelssohn's Piano Concerto No. 1. In the second half, pianist Tutu Aydınoğlu, who has carried out a number of international projects such as "One Nation, Two States," will perform the Turkish premiere of Ottorino Respighi's "Concerto in Modo Misolidio" companied by the Boğaziçi Philharmonic Orchestra. The world premiere of the work was held at Carniege Hall with the New York Philharmonic Orchestra.

The Symphonic 2020 New Year's concert, sponsored by So CHIC, a supporter of young talent, will bring together classical music enthusiasts for a magical evening.
RELATED TOPICS