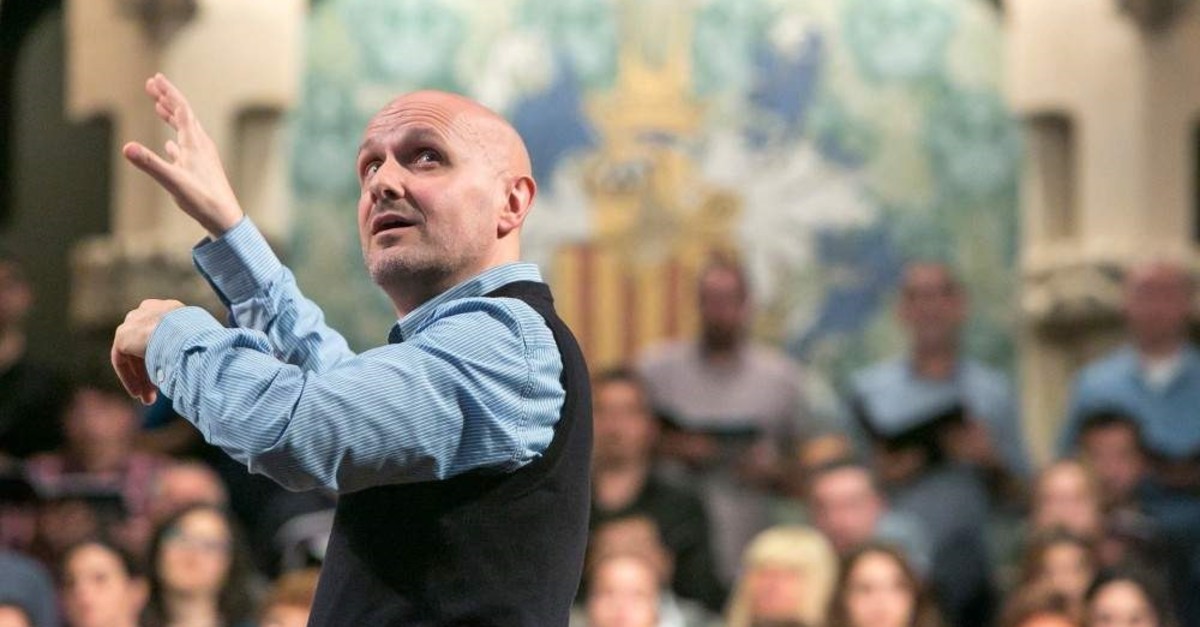 One of the most prominent choral communities in Turkey, the State Polyphonic Choir is primed to present an unforgettable concert of Iberian melodies under the baton of Spanish conductor Josep Vila i Casanas

Ministry of Culture and Tourism State Choir has been one of the leading professional ensembles of Turkey since 1988. Founded by Hikmet Şimşek, the State Polyphonic Choir has so far worked with Walter Strauss, Ahter Destan, İbrahim Yazıcı and Cemi'i Can Deliorman and has performed with a number of valuable maestros. The State Polyphonic Choir has continued to work with Burak Onur Erdem since the 2017-2018 season.

The State Polyphonic Choir has performed more than 1,000 concerts in many cities around Turkey and has performed in many countries including Germany, Italy, the Netherlands, Portugal, Russia, Israel and South Korea. The core repertoire of the choir consists of symphonic works and a capella choral literature. So far, the State Polyphonic Choir has released a number of album records including Carl Orff's "Carmina Burana," Wolfgand Amadeus Mozart's "Requiem," Ahmet Adnan Saygun's "Yunus Emre Oratorio," Fazıl Say's "Nazım Oratorio" and Muammer Sun's "Kurtuluş Soundtracks," as well as recordings of folk songs by Saygun and Muammer Sun. Apart from the season concerts, they work with schools on educational projects in an attempt to introduce art to students.

The State Polyphonic Choir will host Spain's famous choir conductor Josep Vila i Casanas with a concert "Iberian Blue" on the stage of the Presidential Symphony Orchestra Jan. 25. At the concert, Casanas will present a program that extends deep into the Iberian Peninsula. The concert, which will be held at the Presidential Symphony Orchestra stage in the capital Ankara, will also have the world premiere of Juan Manuel Conejo's work "Nur," which won first prize in the 2017 International Federation for Choral Music (IFCM) composing competition.

As part of the concert, to be given by the State Polyphonic Choir, a member of Tenso – the European network for professional chamber choirs with a vision to make Ankara one of the capitals of choral music – "Gloria" by Josep Vila i Casanas will be performed for the first time in Turkey under its composer's own conducting. Tickets for the concert are available on biletinial.com.

The State Polyphonic Choir, which annually hosts world-renowned choral conductors in the a capella concert series, has been hosting the Walter Strauss Choral Mastery Class meetings for five years. The event has immortalized unforgettable maestro Walter Strauss who worked for the development of choral music in Turkey for years. This year's training will take place under the management of Josep Vila i Casanas and will be attended by a number of countries including the U.K., Austria and Estonia. Additionally, young maestros from both Turkey and abroad will meet this year. The master class in Ankara, which provides very active working time among the European mastery classes, is one of the best ones with its rich program featuring various experts. The event will offer young choir masters the opportunity to work one-on-one with world masters once again this year.

As one of the four choral conducting training programs recommended by the European Federation of Choirs, the master classes had previously hosted world-renowned choral maestros including Paulo Lourenço, Lorenzo Donati and Ragnar Rasmussen. The training will start Jan. 26 at the Ankara Presidential Symphony Orchestra Concert Hall and will end Feb. 1 with the closing concert of the State Polyphonic Choir, which will be conducted by six active participating students. Culture and Tourism Minister Mehmet Nuri Ersoy will visit the fifth Walter Strauss Choral Mastery Class, to be trained by Casanas, on Jan. 29. The training concert, scheduled for Feb. 1, is accessible to the public.