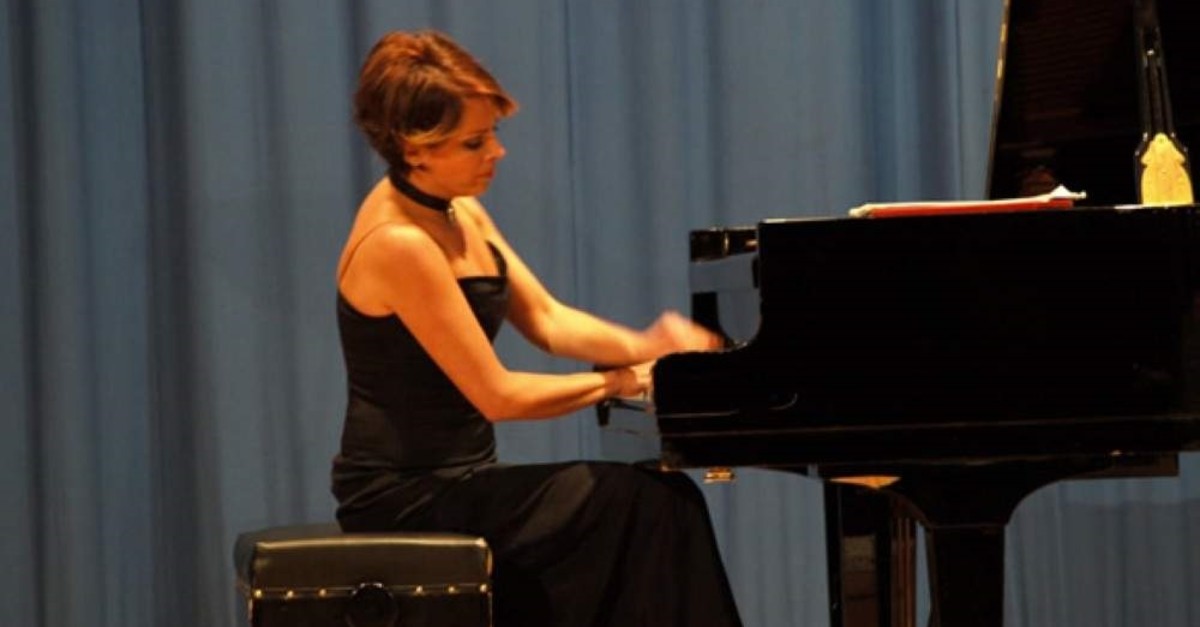 The globally renowned pianist Rüya Taner talks about her career

Acclaimed Cypriot artist Rüya Taner, one of the most prominent in a new generation of pianists in Turkey, thinks that a world where you are happy enhances productivity and leads to success. This is why the prodigal talent chose to carve out a career in notes and keys.

"Success is surely a combination of many things, including talent, discipline, determination and support. However, I believe happiness is the most crucial element. Happiness brings success and gets rid of the concept of working hours," Taner said.

Her father was a conductor and piano tutor. Noting that her aunt was also a piano tutor, Taner says her family has always supported and directed her in the musical field. Although born in an environment full of music, she confesses that it was hard to maintain discipline as a kid. "If I was not happy with what I did. I would never have made it to the level I'm at today."

After being homeschooled by her father, Taner went on to train at the Ankara State Conservatoire under Mithat Fenmen and Tulga Çetiz. At the age of 11, she won a state scholarship as part of the Gifted Children Act, upon which she was sent to the London Guildhall School of Music and Drama. There, she had a chance to study with Joan Havill. Over the course of her learning, she had the opportunity to perfect her art with famous French pianist Pascal Roge. During the just two recitals that she performed with him at the Bellapais Monastery of Northern Cyprus left an incredible impression, drawing praise from the musical world.

Taner went on to draw praise globally thanks to her various performances at festivals in the U.K. before receiving the National Mozart Piano Competition. Later on, she won accolades from various critics for her performance at the London Wigmore Hall debut recital.

The artist has appeared at major music venues like St. Johns Smith Square Hall and Fairfield Hall in many countries, including the U.S., Germany, Austria, Azerbaijan, Belgium, Bosnia Herzegovina, Bulgaria, Finland, France, the Netherlands, Iran, Switzerland, Italy, Hungary, Egypt, Uzbekistan and Ukraine. But for Taner, the most precious performances have been those played alongside her father. Taner performed as a soloist accompanied by the collective her father conducts in North Cyprus and Israel.

When asked about the best and worst parts of being a pianist, the artist reflected that the job was akin to forming a one-woman orchestra: "While other players rehearse with their accompanying instrumentalists, we play alone for eight to 10 hours. There are many good compositions to perform, and one does not live long enough to play them all."

"Also, we cannot carry our instruments around like other musicians, who usually just have to get used to the environment of the hall in which they are scheduled to perform. Whereas for us, however, we also have to adapt the piano to the hall," she continued. "I have performed in more than 85 countries. Naturally, not every venue has been ideal for me in terms of piano or atmosphere. However, this fact has contributed greatly to my development. I began trusting myself and began offering the best performance I can."

With her years of experience, Taner has learned the basics of a good live performance, namely a prepared and energetic performer and eager listeners, which affects the performance by motivating the talent on stage.

Along with her various international successes, Taner was also chosen as one of the artists supported by Steinway & Sons pianos. She has worked miracles on stage as both a soloist and an orchestra member tinkling the keys of the renowned piano company's finest pieces.

As she continues to increase the success of her solo career, Taner says she will dedicate more time to performing chamber music with a new generation of soloists. To this end, she has already held two recitals with Association for Artists United for Peace musicians, of which she is a permanent member. In terms of repertoire, this has changed a little with time, Taner said.

"Despite all changes, Mozart and Liszt are an indispensable part of every one of my concerts," she said. "In recent performances, I also made room for some works that generally have no place in the pianists' repertoire. The positive feedback I've had from these pieces has really pleased me."