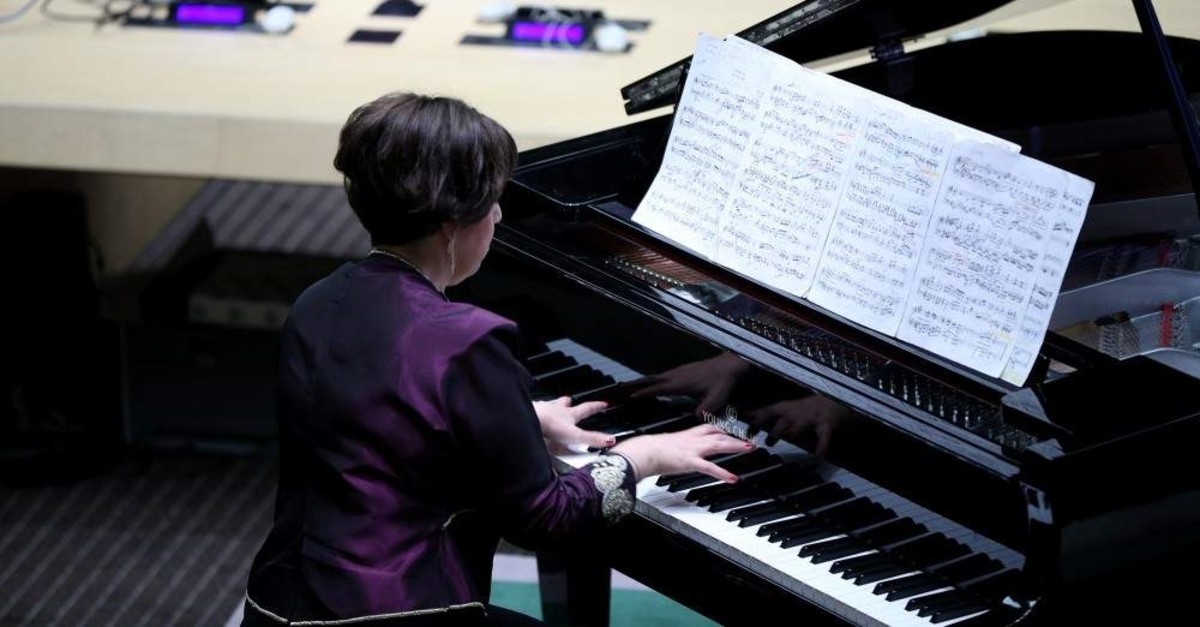 Renan Koen put on an outstanding performance at the U.N. headquarters to commemorate the victims of one of the darkest chapter of human history. (AA Photo)
by Anadolu Agency
Jan 28, 2020 12:11 pm

Turkish-Jewish pianist Renan Koen performed a piano recital entitled "Holocaust Remembrance Before Sleep" at several venues in South Africa to commemorate the victims of the Holocaust and to teach local youth about what happened during the tragic period through her music.

"She performed a wonderful Holocaust program through music," Ülgen said, adding the pianist and music therapist also rendered an emotional performance Saturday evening at the residence of the Turkish ambassador in Pretoria for members of the diplomatic community. The Israeli ambassador to South Africa was among those who attended.

''We had the opportunity to pay our respects to all those who lost their lives in the darkest period," Ülgen said.

During her performance, Koen played pieces composed by some Jewish artists who lost their lives while at concentration camps, including the infamous Auschwitz – the largest Nazi concentration and death camp.

Koen is an international pianist known for her efforts to publish the life stories and works of composers who continued to create notwithstanding the prohibitions that were imposed in concentration camps during World War II.

She also later performed at the U.N. in New York in commemoration of International Holocaust Remembrance Day, a genocide that resulted in the deaths of 6 million Jews and 11 million others perpetrated by the Nazi regime and its collaborators.