Beethoven to be highlight of Istanbul Music Fest this year 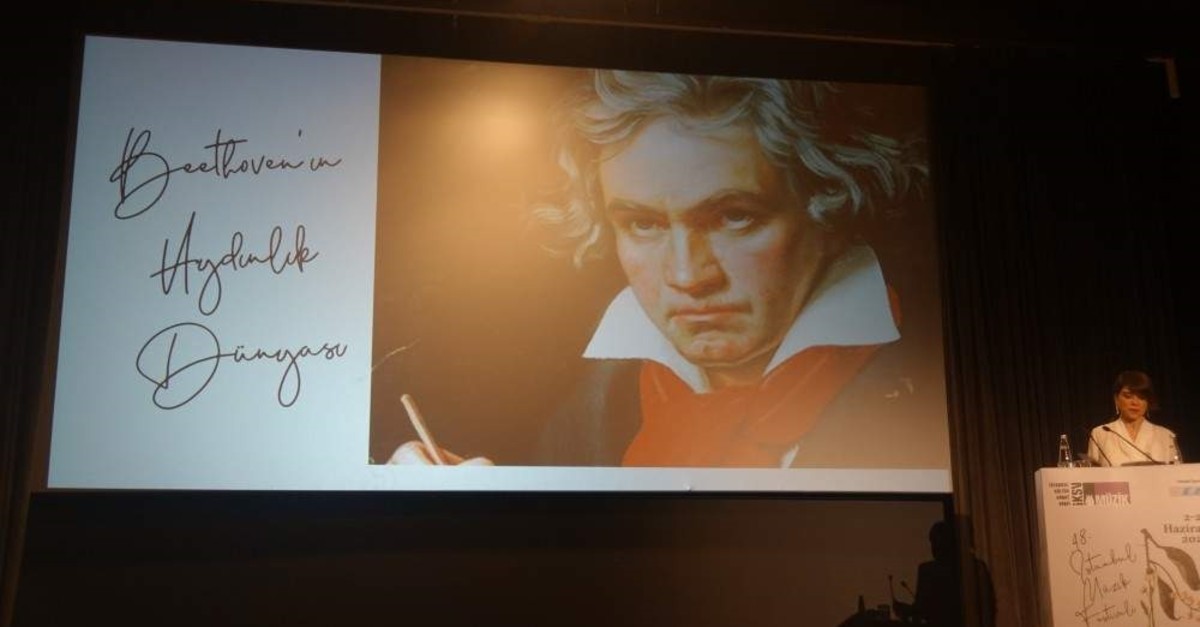 At the press conference, it was announced that the theme of the festival will be ,The Enlightened World of Beethoven, this year.
by Anadolu Agency Feb 05, 2020 3:16 pm

Speaking at a press conference on the festival, Bülent Eczacıbaşı, the foundation's chair, said: "This year's festival is called 'The Enlightened World of Beethoven' in honor of the great composer, whose 250th birthday the world is celebrating this year."

Efruz Çakırkaya, the festival's director, gave details of the program, saying it will "feature distinguished orchestras and soloists and will present three new commissions and many creative projects."

She added: "We will enjoy being in nature with concerts and children's workshops in parks and outdoors."

The festival will open with the German composer's popular Violin Concerto, Op. 61, and the overture to his only opera, Fidelio.

American star violinist Stella Chen, 26, the winner of the 2019 Queen Elisabeth International Violin Competition, will make her Turkey debut in a June 2 concert with the Tekfen Philharmonic Orchestra, the festival's opening concert orchestra, under the baton of Aziz Shokhakimov.

The event will also honor Turkish musicologist and music writer Ahmet Say and Russian cellist, conductor, pianist, harpsichordist, and professor Alexander Rudin with awards, according to the İKSV.