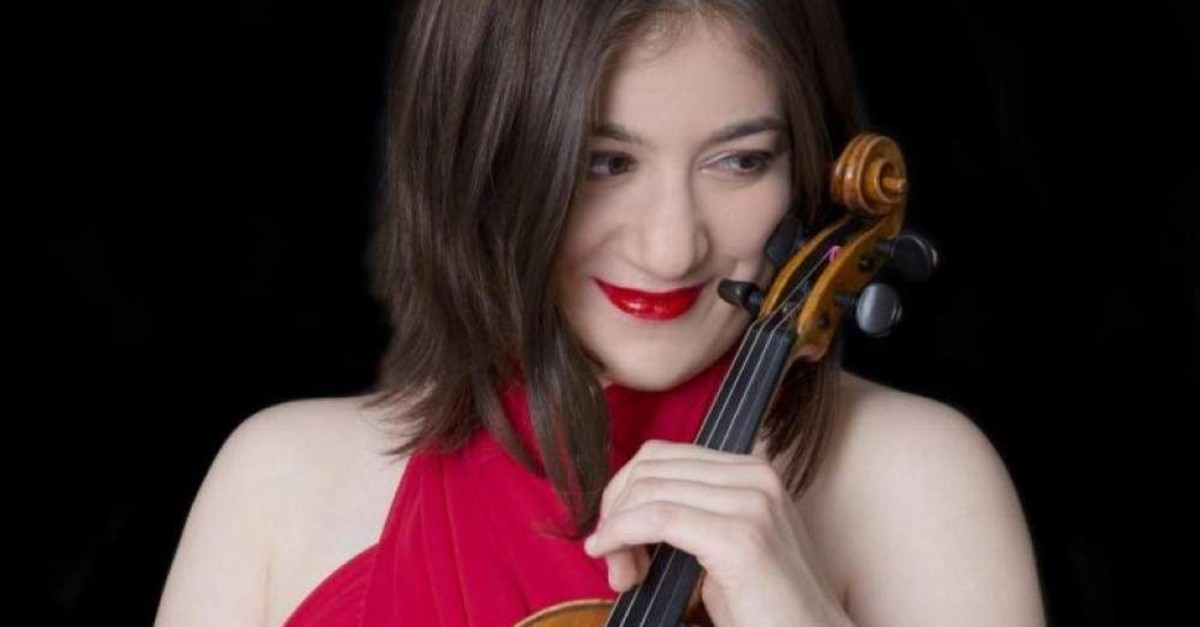 Spring season at Boğaziçi University's Albert Long Hall, featuring a commemoration of Mozart performed by young musicians and highlights of world-renowned musicians, is set to turn a corner of the city into a stage for classical music

The Boğaziçi University Albert Long Hall (ALH) Classical Music Concerts series, supported by the Ministry of Culture and Tourism, flag carrier Turkish Airlines and Yapı Kredi Culture and Arts, will continue to entertain music lovers in Istanbul on Wednesday evenings at 7:30 p.m. The concerts, featuring the theme “Music Brings Us Closer,” will begin on Feb. 12 with the Oxalys Ensemble, established when the members were students at the Royal Conservatory of Brussels.

The ensemble, which mostly focuses on Belle Epoque chamber music at the very heart of their repertoire, has gained an international reputation with their performances around the world. At the beginning of 2017, Flemish radio station Klara deemed the group worthy of the Klara Music Prie for Best Soloist or Ensemble Award. Among the group members are Shirly Laub on violin, Frederic D’ursel on violin, Vincent Hepp on viola, Martjin Vink on violoncello, Nathalie Lefevre on clarinet and Lucas Blondeel on piano.

Laub studied violin under important figures like Clemens Quatacker and Wiktor Liberman. She was one of the London Royal Philharmonic Orchestra’s concertmasters until 2005. She has been a violin teacher at the Conservatoire Royal in Brussels since 2003 and coached violin students at the Royal College of Music and Trinity College in London.

D’ursel graduated from the Royal Conservatory of Brussels, where he has been a teacher since 2000. Thanks to various courses at this conservatory, he had the opportunity to create music with maestros like Leonard Bernstein. He has been sharing his knowledge and experience in the violin with his students.

Vink received musical training while studying psychology. After moving to Brussels in 1993, he started to discover the depths of chamber music. He was a cello professor at the Conservatory of Utrecht until 2010 and continues the same position at the Lemmens Institute in Leuven.

Lefevre graduated from the Mons Conservatory and received her degree in chamber music under prominent professors. She recorded various recitals for Swiss and Belgian radio. She organizes masterclasses and teaches clarinet at the Brussels Conservatory in Machester and Kumamoto.

ALH Classical Music Concerts will host the Oxalys Ensemble with a program focusing on Wolfgang Amadeus Mozart. The program includes Mozart's first major work for the piano quartet, the “Piano Quartet in G minor,” and also allows listeners to remember both the trio titled “Kegelstatt” and the clarinetist Anton Stadler, who is Mozart's muse for the “Clarinet Quintets.”

Another series hosted by ALH Classical Music Concerts this season is a joint project with Klasik Keyifler on Beethoven, whose 250th birthday is being celebrated all over the world in 2020. In the second concert of this series, Özcan Ulucan on violin, Poyraz Baltacıgil on violoncello and Eren Aydoğan on piano will play at the ALH Classical Music Concerts on Feb. 19 with a program that reveals Mozart’s passion for improvisation and how he evaluated improvisation as a component of the composition process.

The program presents Beethoven's two sonatas, both of which are based on the melodies of the popular comic operas of the period and are the examples of his composition process in the middle of his career, which can be summarized as transforming small motifs into major columns of large structures.

ALH’s third project is Güher and Süher Pekinel’s “Young Musicians on the World Stage.” Three musicians – Veriko Tchumburidze, Umut Sağlam and Tolga Atalay Ün – continue their works in the leading music schools in Europe and won several awards in international competitions. They will demonstrate their talent and knowledge in the field of soloism and chamber music as part of the ALH Classical Music Concerts on Feb. 26.

Trio Alba, a three-member group, comprising of Livia Sellin on violin, Philipp Comploi on violoncello and Chengcheng Chao on piano, will be hosted at the ALH Classical Music Concerts on March 4 with a program that includes two important works of chamber music repertoire. The group has been playing at concerts in prestigious halls for about 10 years and has been invited to many prominent festivals.

The Ministry of Culture and Tourism State Polyphonic Choir, one of the leading professional communities in Turkey, will also perform “Carmina Burana,” a scenic cantata by Carl Orff, on March 25. Do not miss this special representation of the cult work at Boğaziçi University.

For more information and tickets, you can visit www. klasikmuzik.boun.edu.tr.