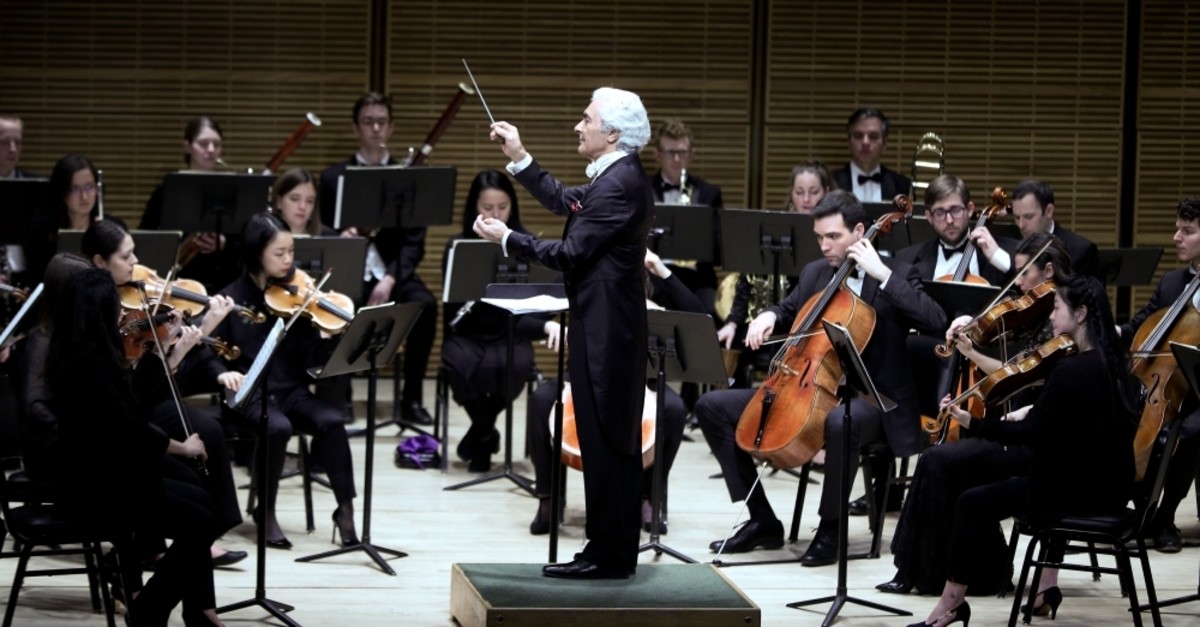 Turkey's classical music community is unique, because the art they perform has no common roots with the Turkish culture. Turkish musical tradition has an entirely different dimension than that of Western musical traditions. However, Turkey has had a grand orchestra, carrying the name of the sultan and eventually the president, since the early 19th century. Its foundation was evidence of the Ottoman state's orientation toward Westernization.

The story of the first classical music band in Turkey, the Muzıka-ı Hümayun (Royal Military Band) is also interesting. It was designed and later functioned as a reception band for foreign royal visitors. Muzıka-ı Hümayun was organized, trained and administered by the Italian “pashas,” Donizetti and Guatelli. The two convert pashas and other Italians following in their footsteps composed and conducted several marches for Ottoman sultans, including Mahmud II, Abdülmecid, Abdülaziz and Mehmed Reşat.

However, Turkey decided to raise its own classical musicians after the foundation of the republic. Mustafa Kemal Atatürk ordered to move Muzıka-ı Hümayun to Ankara and rename it the Riyaset-i Cumhur Filarmoni Orkestrası (Presidential Philharmonic Orchestra), which later became Cumhurbaşkanlığı Senfoni Orkestrası (Presidential Symphonic Orchestra).

He was born on May 22, 1942, in the Çifteler village of northwestern Turkey's Eskişehir, where his father worked as a schoolteacher. His father was fond of playing musical instruments, yet didn’t teach Aykal.

Aykal in a documentary on his life and work, said: “My father didn’t teach me; he saved me for the conservatory.”

He graduated from the Violin Department of the Ankara State Conservatory in 1963, as a student of Necdet Remzi Atak. He then graduated from the Composition Department of the Conservatory in 1969 under Adnan Saygun, one of the greatest composers of Western classical music in Turkey. Aykal won a state scholarship and moved to London for further studies.

After his studies in London, Aykal moved to Rome to get a conductor’s badge from the Academia Musicale Chigiana. He also graduated from the Santa Cecilia Academy, where he was the assistant of Franco Ferrara. In addition, Aykal followed lectures at the Pontificio Istituto di Musica Sacra on Gregorian chorus music and Renaissance polyphonic music, following his master Adnan Saygun's advice.

Aykal became the assistant conductor of the Presidential Symphony Orchestra in 1975 after his return to Turkey. Former Culture Minister Ahmet Taner Kışlalı (1978-1979) assigned Aykal as the general director of opera and ballet. He also conducted a special chamber orchestra in Ankara, which he founded together with famous violin virtuoso, Suna Kan. In the meantime, Aykal helped found the İzmir Opera and Ballet and the İzmir Symphony Orchestra.

He was granted the title of “State Artist” in 1981. He became the head conductor of the Presidential Symphonic Orchestra in 1988. He conducted many national and foreign orchestras in countries in Western and Eastern Europe and America.

Aykal is also a professor of conducting. He worked as a professor emeritus at Texas Tech University in the U.S., where he also conducted the El Paso Symphony Orchestra for 12 years (1991-2003). He is currently a professor at Bilkent University and Mimar Sinan Fine Arts University.

He resigned from the Presidential Symphony Orchestra in 1999 to establish a private orchestra, the Borusan Philharmony, where he still holds the office of music director. Aykal also founded and administered the Antalya State Symphony Orchestra (2000-2004).

Aykal’s life and work were honored in a special book, “Şefle Yüz Yüze” (“Face to Face with the Conductor”), sponsored by Borusan Foundation.

Turkish Journalists Association named him “the Artist of the Year” in 1999, while Finland awarded him with the state badge for his service in improving Finland-Turkey relations.

Aykal is a strict defender of Western classical music. In an interview with BBC Radio in 1983, he said: "Music lessons should not be swapped with other courses. If students receive decent music education, they will learn music history and listen to music that suits Turkish people like classical songs instead of Arabesque."