Re-contextualizing the 60-year alliance in the Obama era 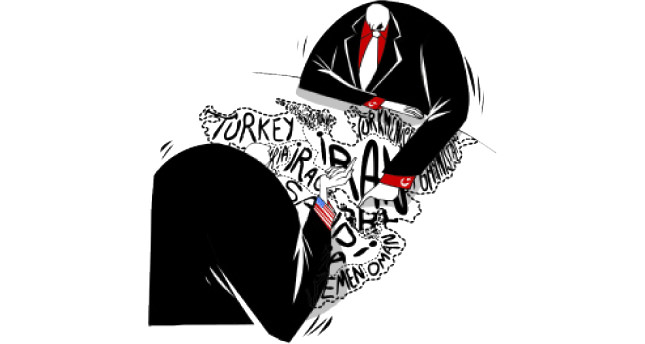 The early signs of the Obama administration regarding the U.S.'s Middle East policy were hope-inspiring for many countries including Turkey. But U.S.'s failures in both Iraq and Syria dramatically changed the nature of its bilateral relations with Turkey

In recent years, bilateral relations between Ankara and Washington have experienced a considerable number of ups and downs. Still, there is no explicit consensus between the two countries on views regarding the Syrian war and therefore, the two allies continue to differ on their perspectives and priorities. This situation calls for an exploration of the background of Turkish-U.S. relations and diversified perspectives under the administration of U.S. President Barack Obama in the light of domestic and regional transformations. That is why, in addition to the new dynamics in Turkey's foreign policy approach, including a more dynamic and multi-dimensional vision toward the Middle East backed by a civilizational discourse, there is a great need to focus on the transformation of the Middle East following the Arab uprisings.

The whole region is riven by security-related issues, unlike non-security ones such as trade and economy. Traditionally, the Middle East has played a crucial role in the bilateral relations ranging from military to diplomatic affairs between Ankara and Washington. It is a well-known fact that in the post-Cold War era, Turkish-U.S. relations have been fluctuating between convergences and divergences. During the administration of U.S. former-President George W. Bush, both countries in particular experienced serious ups and downs due to U.S. policies in the region, the invasions of Afghanistan and Iraq following the Sept. 11 terrorist attacks, and Turkey's no-vote on Iraq in 2003. Troubled relations between the two countries remained unchanged throughout the eight years of the Bush administration. Yet, on one of Obama's first official visits as president to Turkey in 2009, bilateral relations between Ankara and Washington began to improve substantially. The alliance after that time reached the level where cooperation was the key feature rather than conflict.

Today, however, both countries have fundamentally different approaches in how to defeat the Islamic State of Iraq and al-Sham (ISIS) and the regime of Syrian President Bashar Assad, and views on how to deal with Iran's growing influence in the region. Turkey has mostly been dealing with the reasons or the background of the issue, namely sectarian policies in the region, the Assad regime as the heart of the problem and the missed opportunities of the Arab Spring.

The nature of this change in the course toward a more activist foreign policy approach has been discussed broadly. Among some conceptual approaches, discussing the transformation of Turkish foreign policy such as "Middle Eastern-ization," "trading state" and an "axis shift," "civilizational discourse" with its geopolitical and strategic perspectives backed by a "strategic depth" doctrine has remained at the center of the debate. The main thesis of "strategic depth" is that Turkey should be an actor as a "central country," through discrediting the former static foreign policy and by having a mediator role in its surrounding region rather than acting as a "bridge" between the West and the Islamic world.

The Arab Spring: A crossroads between people and regimes

Mohamed Bouazizi was an ordinary, young Tunisian man, only 26, who earned his living selling fruit and vegetables as a street vendor until a policewoman allegedly slapped him. Following the unfortunate event, he immolated himself on Dec. 17, 2010, and then the streets and squares were taken by desperate and angry millions demanding the downfall of the regime, which had been the central slogan of the Arab Spring, along with demands of food, social justice, freedom and dignity. His act of self-immolation became a catalyst for the revolutionary wave, not only in Tunisia, but in many Arab countries. The Arab Spring has definitely taught us that the people of the Middle East, who have suffered through many years of economic inequality and socio-political problems under authoritarian regimes supported by the international system, has the potential to develop social awareness and discover its own dynamics. It has ultimately started the Middle East on a process of a deep socio-political transformation against its anti-democratic, autocratic and corrupt regimes.

The uprisings were regarded as a call for a new beginning in the bilateral relations between the U.S. and Middle Eastern countries when Obama gave a speech at Cairo University on June 4, 2009. In the same speech, Obama presented himself as a president following in Thomas Jefferson's footsteps concerning foreign policy, declaring: "... our wisdom will grow with our power, and teach us that the less we use our power the greater it will be." For a long time, Arabs waited for the U.S. to change its policy on behalf of the people in the streets and put an end to supporting dictators.

Yet from the beginning, the U.S. was unwilling to spend its energy and time taking risks against the Assad regime, despite the fact that the U.S.'s redline was already breached by the use of chemical weapons. This issue is not just a conflict that is disrupting the Syrian regime, but the entire region has been affected from the Sunni-Shiite civil war, which has a potential to change regional power balances. Inaction as a policy vision undertaken by Obama is not only allowing religious and sectarian forces to gain dominance in Syria, it contributes to Tehran-backed Shiite enthusiasm both for developing a nuclear program and regional hegemony in the Syrian war. Since the beginning of his first term as president, Obama's foreign policy has been shaped mostly by economic problems that put political and public pressure on domestic policy rather than foreign issues. Thus, it might be regarded as beneficial by the Obama administration to pursue a wait-and-see policy toward the region with short-term calculations instead of the long-term targets, such as safety and stability in Iraq, Syria and the whole region.

The Syrian war is not the only reason behind the divergence in Turkish-U.S. relations in recent years. In fact, it has arisen from the diversified visions, distances and policies toward the establishment of a new regional order at a macro level. An overall political transformation in Syria is the crucial point in Turkey's position.

Iran in the Ottoman territorial space

Recent events in Syria and the region, however, indicate that the Obama's administration's policy target "pivot" from the Middle East to the Pacific was a serious mistake. Hillary Clinton also criticized Obama's cautious foreign policy in the Middle East by saying: "Great nations need organizing principles, and 'don't do stupid stuff' is not an organizing principle." Unlike American expectations of Iraq, the post-war period in Iraq has been marked by uncertainty about the country's future. It is still a fragile, potentially failing state where ethnic and sectarian politics still carry the day. According to the Fragile States Index of 2014, Iraq is ranked number 13 and Afghanistan number seven. Syria is ranked as the country whose state worsened the most for 2014.

Following the first failure of the Iraq invasion in 2003 by the Bush administration, Obama's premature military withdrawal as a result of historical blindness unfortunately became the second U.S. failure. With the withdrawal, the U.S. opened the door to regional Iranian hegemony. As Vali Nasr, the dean of the School of Advanced International Studies at Johns Hopkins University, put it, the "lean back and wait" approach has wasted precious opportunities to influence the course of events in the region. Syria has ultimately become a ground for conflict between Shiites and Sunnis shaping the larger regional competition for regional power between Iran, Turkey and Saudi Arabia. As a serious and current regional security issue, the Syrian war has not only caused a refugee problem, but has also boosted Turkey's competition with Iran on regional leadership.

The Arab Spring and continuing civil war in Syria clearly show that security-based perceptions will continue to determine the nature of bilateral relationships. It is essential to know that important developments, events and issues in the domestic, regional and international environment have affected, and will continue to shape the nature of bilateral relations. The crucial point is that Ankara and Washington should take part in managing the opportunities and challenges in the post-Arab Spring era. Even though the nature of bilateral relations has experienced some divergences due to regional developments following the Arab uprisings, it is not the case that divergent perspectives between the two countries would remain as a stable trend toward the events both regionally and globally. Convergence between two allies on the current issues in the region will gain more importance than ever before in the coming days when the regional transformation is complete.

Power struggles region-wide between Arab countries and Iran must be expanded to a platform including regional and historical actors in order to balance Shiite expansionism. In this sense, the recent rapprochement between Turkey and Saudi Arabia was the crucial element that can balance the increasing role of Iran's political space in the region. The problems that Turkish foreign policy faces nowadays does not necessarily imply a call to limit and narrow it en route, but rather revisit Turkey's soft-power capabilities as an asset behind regional policies and theoretical arguments, highlighting the golden mean between flexible realism and a civilizational perspective in such a volatile climate as currently prevails in the Middle East.
RELATED TOPICS