Why be bothered about the facts? 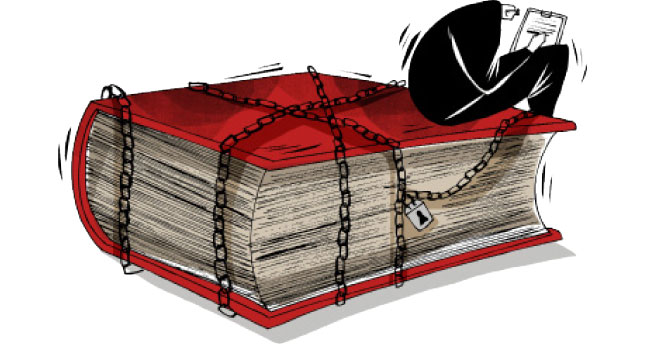 Over the years, there have been deliberate attempts to target Turkey regarding the 1915 events based on forged-evidence or manipulation, which were nurtured in several academic circles in Europe and the U.S.

One of the strangest paradoxes in the Turkish-Armenian historical debate is that the main authors used as references by Armenia and the big associations of the Armenian diaspora have so little respect for the truth that their key sources, when they are not fake documents such as the "telegrams" and "letters" forged by Aram Andonian, often have content entirely different from what the authors present. Nothing is worse than deliberately misleading readers, yet this ploy is widely used in Armenian and pro-Armenian historiographies. The 2012 book "The Young Turks' Crime against Humanity," by the sociologist, Taner Akçam, is an archetypal example. On pages 203-204, Mr. Akçam alleges that the telegram dispatched by Interior Minister Talaat Pasha to Ankara province on Aug. 29, 1915, is one of the best pieces of evidence, if not the best, that prove that "the policies adopted against the Armenians were aiming at their annihilation." In fact, this telegram says exactly the opposite in the "Turkish-Armenian Conflict Documents" (TACD), edited by Hikmer Özdemir and Yusuf Sarınay, on page 235: "Particularly the recent attack conducted on the Armenians at a place close to Ankara has caused the great regret of the Ministry ... From now on, all of the officials in charge shall be held responsible with respect to their ranks for any attack, which may occur, and shall be brought before the military courts. It is necessary to give very strict orders to the relevant personnel in this regard."Correspondingly, Mr. Akçam affirms on pages 136-137, that the note sent by Talaat Pasha to the Grand Vizier Said Halim Pasha on May 26, 1915, is "the clearest possible refutation of the official Turkish version of the events of 1915, which insists that the policies toward the Armenians were the result of wartime exigencies. On the contrary, Unionist policy was aimed at resolving the issue of Armenian reforms in a definitive manner." Instead, the document explains the reverse in TACD on pages 58-59: "Unfortunately, while the means to bring about a final solution to this problem [by reforms] is being worked out, some of the Armenians living in places close to the battlefields have recently become involved in activities aimed at creating difficulties for our army in its fight against the enemy to protect the Ottoman borders. ... The conduct of such rebel elements has rendered it necessary to remove them from the area of military operations and to evacuate the villages serving as operational bases and shelters for the rebels."

Another somewhat more sophisticated way to manipulate historical sources is the addition of misleading words not included in the original text. For instance, on page 378, Mr. Akçam alleges that a telegram from Talat Pasha dated Aug. 29, 1915, regarding the exemptions of relocation for some categories of Armenians "was emphatically not retroactive, but solely applied to 'the Armenians who were not [already] uprooted and deported.'" The problem is that the word "already" is added without justification in the document and that this circular includes unequivocal orders to preserve the life of the Armenians in general as given in TACD on page 237.Mr. Akçam's last book in English is not a simple aberration. The same author had published another book in 2006 in English entitled "A Shameful Act," and had chosen this title because Mustafa Kemal Atatürk, Mr. Akçam argued, used these words in a speech he gave on April 23, 1920, to describe the relocation of Armenians. In fact, Atatürk never said that, either in this speech or in any other. This manipulation - one among many others in the same book - was refuted seven years ago by Yücel Güçlü and the Assembly of Turkish American Associations, and more recently by Andrew Mango, but Mr. Akçam has left the criticism unanswered. He left equally unanswered, the devastating review essay by Erman Şahin on "A Shameful Act" in a British academic journal.

This technique of manipulation of sources was mostly developed in the 1980s and 1990s by Akçam's mentor, Vahakn Dadrian, who, like his student, is a sociologist and not a historian. To give only one striking example, on page 244, endnote 9 of his "History of the Armenian Genocide,", Mr. Dadrian alleges that "the preponderance of convicts in the ranks of" the Special Organization (an elite military unit of the Ottoman Empire) is proved by three references: "Zeytindağı" (Olive Mountain) by Falih Rıfkı Atay, "The Western Question in Greece and Turkey" by Arnold J. Toynbee and an article published by Salahi Sonyel in the "Belleten" of the Turkish Historical Society in 1972. A review of these secondary sources shows that none of these mention the name of the Special Organization, and still less says anything on the composition of its ranks.

A highpoint in absurdity was attained last year in a short book by two freelance journalists, Guillaume Perrier and Laure Marchand, "La Turquie et le fantome arménien" (Turkey and the Armenian Phantom), published with a foreword by Akçam and recently translated into Turkish. On page 80 of the original version, the authors allege, among other false accusations, that "the ambition of the [Armenian] genocide was to radically change the ethnic balance in the region of central and eastern Anatolia, in order to create a Turkish majority." This statement is so far removed from reality that a critic does not know where to begin. Central Anatolia, as well as northeastern Anatolia, already had had a strong Turkish majority for centuries in 1914, and southeastern Anatolia had, also for centuries, a Muslim majority - mostly Kurdish. Regarding the relocations, a significant part of the Armenians in central Anatolia were not expelled at all, or were displaced to neighboring Anatolian provinces instead of being forced to go to the Arab provinces of the Ottoman Empire. Indeed, even Dr. W. Post, a U.S. missionary working in Konya, had to admit that there were more Armenians in this province at the end of World War I than at the beginning.

Regardless, this disregard for the truth is not the monopoly of the Dadrian-Akçam duo and their pupils. For example, Raymond Kevorkian, in his wrongly-acclaimed book "The Armenian Genocide: a Complete History," not only relies on certified forgeries, including the so-called "Ten Commands" attributed to the Committee of Union and Progress, the book published by the Kurdish nationalist leader, Mevlanzade Rifat, in Aleppo in 1929 and a British propaganda's booklet signed "Faiz el-Ghosein," but also devotes seven full pages to the trial of Dr. Ali Saib, a health service inspector during the war. The trial took place in December 1919. Mr. Kevorkian accuses Ali Saib of poisoning Armenian children. At the end of his account, on page 477, however, Mr. Kevorkian fails to say what the military tribunal decided concerning Ali Saib. This silence is understandable, as the doctor was acquitted. Even the prosecutor did not take seriously the "witnesses" who had accused Dr. Saib of poisoning, justifying this dismissal by saying that a physician does not need poison to kill, still less to murder sick children; changing the dose or the medicines is sufficient. But then, if you bet on the ignorance of the readers, why be bothered about the facts?
Last Update: Mar 25, 2015 9:22 am
RELATED TOPICS