The threat to plug up the Turkish Stream 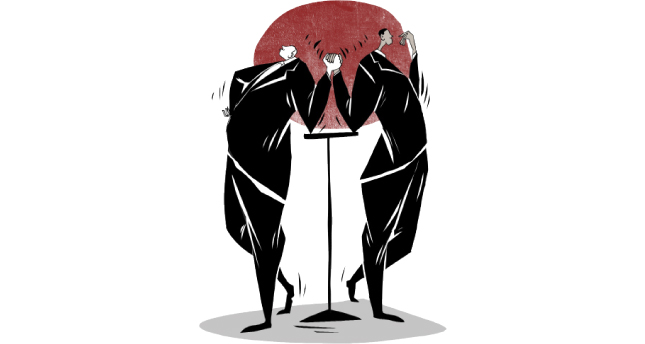 Heavy sanctions are imposed on Russia by both the EU and U.S. due to the annexation of Crimea. Turkey has also played an important role in this political strife as the Turkish Stream gas pipeline provided considerable relief to Russia

Washington seems to have figured out another way to annoy Russia. Since the White House understands that the sanctions introduced against Moscow are questionable, the U.S. continues to search for new opportunities against the Kremlin. It is possible that many Western media outlets will soon present more flashy headlines about violations of the Crimean Tatars rights in Crimea, which came under the control of Russia in the spring of 2014. The reason is the Turkish Stream gas pipeline.

The U.S. has never disguised its hatred for President Vladimir Putin of Russia, though perhaps U.S. President Barack Obama is simply jealous. The 21st century requires more than smiling during talks, waving and playing a double or triple game. Politicians should be able to act competently in the new realities. Putin works tough, but effectively, Obama is nice, but indecisive. The latter constantly has to talk about the power of the U.S. and insist on the rest of the world obeying the rules invented by the U.S. Russia, having been the largest component of the Soviet Union and enemy number one since the last century, refuses to comply with these rules, as recent events have shown. At least as long as Russia has Putin. The White House was unable to scare "the Russian bear," and so decided to make it run around for a while. Once it gets tired, it will be easier to throw the chain on and leash it and make it dance in the international arena to Western accompaniment.

The U.S. could not think of any effective measures to take against Russia, and so decided to extend the sanctions. And Ukraine, with the civil war in the southeast of the country, has nothing to do with it. The situation in this country on the edge of Europe makes no difference to the U.S. in terms of the sanctions introduced by the U.S. and EU. By the way, ignoring politics, according to a number of respected economists, sanctions are a very questionable measure. The Russian economy is under more pressure from oil prices, but they have recently gone up again. However, this is politics, and the world's leading media outlets are obliged to talk about Obama being right, Europe supporting the U.S., the fact that sanctions should be preserved and that Russia will be isolated for a long time.

In these circumstances, when the transmitted information is distorted, no one is able to make a competent decision, including politicians. As a result, American analysts have become victims of this chaos. They grossly miscalculated and failed to predict that Putin would not hesitate for a moment and announce the decision to close the South Stream and open the Turkish Stream. Did the Europeans, who have come to rely on the U.S. in every way, like this? Probably not.

Who won? In short, Turkey and Russia. Putin and President Recep Tayyip Erdoğan, being experienced politicians, were able to agree on the gas pipeline across the Black Sea. The planned capacity of the pipeline is 50 billion to 60 billion cubic meters per annum. This is enough to provide not only Turkey, but also a part of Europe with its gas needs. Plans for the construction of a gas distribution center on the border between Turkey and Greece transporting gas to European countries will be implemented, because it is profitable.

Who lost? The U.S. and Europe. The U.S. undoubtedly lost its image. Its credibility began declining long ago, and now it is approaching zero. Europe lost the opportunity to diversify its energy supplies. The main gas pipeline will no longer be on EU territory, and consequently, its dependence will increase. Europe will have to negotiate with Turkey, which is likely to be unpleasant. But that lies in the future. Currently, it is better to put pressure on Turkey and scare it with losing the possibility of becoming an EU member. But is Turkey in need of this membership, in the way that, for instance, Russia needed the World Trade Organization? Although it is unlikely that Europeans will feel ashamed buying Russian gas from Greece, which they are trying to strangle with credit obligations. Prudent Europeans will be more concerned about gas prices. It will be higher than the direct gas pipeline proposed by Russia as the South Stream project.

What is the way out? This question is raised in the U.S. and in Europe. They cannot completely lose face to the international community and their people. They should continue pretending to be sure they are right, even if their actions are illogical and questionable. And then no one will doubt the thesis that if the Turkish Stream cannot be stopped from implementation, it should be interrupted. But how?

Analysts from the U.S. Department of State, which, as we know, "never go wrong," seem to have come up with an idea. According to them, it is necessary to raise a wave of discontent with the Turkish Stream in Turkey. The idea itself is absurd, but it makes sense given the situation. The pawn in this foul game should be a part of the Turkish population, namely the Crimean Tatars. According to Washington, it is they who can play a crucial role in the suspension of the large-scale natural gas project implementation. To do this, they must deploy a massive information campaign about harassment of Crimean Tatars and the disregard of their rights in Crimea.

Turkey's population is over 75 million. Crimean Tatars in Turkey, according to official data, constitute around 100,000 people. However, the number of people whose ancestors recently migrated from Crimea to Turkey is estimated at no less than five million. This can be a catalyst to make them come out into the square and demand that Turkish authorities and Erdoğan personally protect the rights of Crimean Tatars living in Crimea, or immediately return the peninsula to Ukraine.

In addition, social media already has unambiguous posts saying that Crimean Tatars in Turkey should be more proactive and organized to achieve this result. Some users are openly calling to block construction of the Turkish Stream pipeline to prevent the project's implementation and attract attention. Manipulating people on Twitter and Facebook has a long history and is quite effective. The fact that this technology was used by the U.S. State Department in Egypt, Libya, Syria, Ukraine and other countries to destabilize situations in general, or for the solution of specific tasks, is probably no longer a secret.

Well-known human rights organizations are also ready for a new fight. They will always be more interested in discussing specific cases of human rights violations rather than considering the situation in general. It is easier finding a group of disgruntled citizens or families in Crimea, who would eloquently speak about the hardships of their life and the arbitrariness of the new authorities, rather than seeing out the situation the way it actually is. In the end, based on several reports, it is always possible to conclude that the rights of Crimean Tatars or other nationalities are not respected anywhere in Russia. This conclusion will not be true to life, but it will be drawn. It will then be replicated as an undeniable fact, and based on it they will try to find a solution to the problem. It will fail because the initial data was incorrect. But no one will care and they will switch to some new problem.

There is no denying that Russia, like any other country, must respect and protect the rights of all of its citizens regardless of nationality. Since the Russian authorities consider Crimea to be its territory, and since spring 2014, the Crimean population considers itself part of Russia, they must work together to improve the situation there. It will be a difficult process that can take a long time. However, it should be constructive. To do this, they need to establish open dialogue with the parties and not use falsified arguments or incorrect information.

In turn, in the current situation, the Turkish authorities should take into account all possible risks, be prepared, try to minimize them and prevent provocation. The government should also conduct balanced and responsible domestic and foreign policy aimed primarily at improving the welfare of its citizens, protecting their interests and preserving traditional identity.