A little more of the same: Islamophobia and bigotry in Kosovo 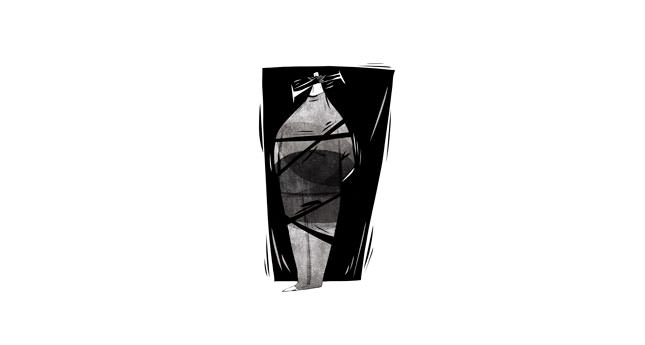 by Olsi Jazexhi Apr 06, 2015 12:00 am
During the past two days, Kosovo has witnessed one of the most brazen and callous attacks on freedom of speech and religion, though you would hardly think so from the lack of coverage it has received anywhere else. At first sight, Zeri, a local newspaper headed by Arbana Xharra, whom the U.S. State Department recently honored with the International Women of Courage Award for her contributions fighting religious extremists, launched an attack against an imam, Irfan Salihu. Xharra's paper attacked Salihu for a sermon that he most likely delivered in 2014. In the sermon, he praised Turkey for "saving the Kosovars from Serbia" in the 14th century, while criticizing many atheist and Catholic intellectuals who constantly attack and blame the Ottomans for all the evils found in Kosovo today. The imam asked why Kosovar intellectuals never attack Enver Hoxha, Albania's reclusive communist-era leader, or Josip Brozs Tito, Slobodan Milosevic or even the notorious post-WWII Yugoslavian intelligence chief Aleksandar Rankovic who perpetuated the worse crimes against Kosovars, but instead focus only on the Ottomans. Salihu argued that this is done only because the Ottomans were Muslim. "If the Ottomans were our enemies, why did our grandfathers immigrate to Turkey?" Salihu further asked, before censuring atheists for their attempts to "Albanianize" all Serbian churches in Kosovo, and for their desire to depict Albanians as Christian, as well as their refusal to acknowledge Muslim identity in Albania. But the most provocative part of his sermon came when the imam argued that in 1445, only 1 percent of the population in Kosovo was Albanian and that this only increased with the coming of the Ottomans who promoted an expansion of Albanian territories.

Salihu's comments were condemned by Xharra's newspaper, which went on to depict him as someone who defends the Serbian history. Zeri's attack on the imam went viral. Avni Islami, a Kosovar who portrays himself as a "security expert," proposed that Kosovo's Prosecutor General should investigate the imam, imprison him and remove him from his religious position. Dardan Islami, a colleague of Kosovo's most notorious oligarch, Veton Surroi, called on state institutions "to urgently react and stop by law the activities of these germs." Such vicious and illiberal comments did not stop there. Zeri continued with its propaganda against the imam by reporting that the Serbian media had praised him for his declaration that
Albanians were brought to Kosovo by "the Turks." In another article it claimed the imam's statements favored Belgrade's agenda in the Balkans.

Zeri's attacks, which have encouraged an increase in Islamophobia, did not stop there, as it took to Facebook to solicit comments from Xhemal Ahmeti, an Albanian living in Switzerland who recently changed his Muslim name to a Catholic one – Jon Leka. Leka demanded that the Islamic Community of Kosovo immediately sack Salihu for his sermon, threatening that they would otherwise be held responsible for his remarks. He also demanded that authorities should take measures against the Muslim community as well. Zeri's choice of pundit would be amusing, if it was not so detrimental to the values of a free and open society that it claims to hold dear. Hate speech and visceral articles against Salihu were accompanied by many Facebook postings and online comments where the imam was insulted, vilified and depicted as "an Arab" or "a Turk," with some even calling for his assassination. While the Kosovar authorities are very quick to react and arrest any Muslim whom they perceive to be engaging in hate speech, they are idle in the face of attacks on Muslims, and so far, no arrest has been made or announced for those who called for the imam's assassination.

Faced with a sense of overwhelming nationalist hysteria engineered by Zeri – the favorite newspaper of the U.S. Embassy in Pristina, a day later, Salihu was suspended from his position as imam at the Mosque of Suzi Qelebiu in Prizren, and the Muslim community of Kosovo began an internal investigation through its Disciplinary Commission. After his suspension, Xharra, whose sophistry had instigated the witch hunt against Salihu, congratulated the Muslim community of Kosovo on her Facebook page for its "decision to suspend Irfan Salihu." She said: "This is a signal of a reforming agenda from [the Muslim community of Kosovo], which has been asked for too long to do something against these trends within the community." She also thanked those imams who jumped on the bandwagon of nationalist hate against Salihu "for their willingness to publicly distance themselves from Irfan's kind." Leka, who had earlier made a public demand to the Muslim community to sack the imam, also took to Facebook to celebrate the ruling. When asked if he was the one responsible for his suspension, Leka proudly responded: "[We will remove them] one by one. Let them swear … let them continue."

In the midst of this hysteria, one is left asking what the crime was that Salihu actually committed. Did he insult anyone? Did he invent anything of his own volition? Is Kosovo a democratic republic where everyone, including Muslims, has the right to publicly express their opinions? Or is it a Catholic dictatorship where Muslims have no rights to express their own points of view regarding history? Many Muslim Kosovar commentators who were shocked by this ugly episode commented that their imam had not said anything different to what the ex-provost of the University of Pristina had declared decades earlier – that the Albanians expanded their territories thanks to the Ottoman Empire. The CIA World Factbook also says: The defeat of Serbian forces at the Battle of Kosovo in 1389 led to five centuries of Ottoman rule, during which large numbers of Turks and Albanians moved to Kosovo. By the end of the 19th century, Albanians replaced the Serbs as the dominant ethnic group in Kosovo.

With these historical sources in mind, many began asking why the imam was subject to such a vicious witch hunt for merely expressing his opinion. Salihu's point of view was supported by many Kosovar and Albanian pundits, organizations and even a political party, but to no avail. He remains suspended and is depicted as an enemy by the Kosovar media. In an interview with an online portal, Salihu explained that he has other video sermons, in which he explains that Albanians are native to Kosovo and that the welcome they gave to the Ottomans was the same as the one they gave to NATO forces in 1999 as the Serbian army was forced to leave.

However, as many Kosovars are now Muslims, their country is not as free as they are led to believe. Over the past few years they have seen how their community, their imams and political leaders are demonized and even imprisoned when they chose to express their opinions in public. Xharra, whom U.S. Secretary of State John Kerry has praised as someone who "helped us fight against the rise of a radical extremism threatening global peace and prosperity," has given her verdict through the newspaper that she directs. She has boldly declared that Salihu is an enemy of the Kosovar state merely because he thinks that the Ottomans were good for Kosovo and that they helped Albanians prosper and progress. By committing this thought crime, her media has labeled him as someone who is "working for Serbia." Thanks to the hate campaign that Xharra and company instigated against Salihu, the imam lost his job and is facing a disciplinary committee. Salihu's punishment for his praise of Turkey and the Ottoman Empire has set a precedent for all of Kosovo's public servants and religious figures. From now on, they all must be very careful about their public views on the official historiography, which is invariably driven by a contradictory and noxious cocktail of communist and Catholic myths. If they happen to believe that Kosovo is a country that does not belong to Catholic Albanians alone, but to Muslim Albanians, Turks and Serbs and/or that the Ottoman past – God forbid if they mention Yugoslavia – was actually a good thing – they can be certain that they too will face a wave of hysteria by journalists certified by the U.S. Embassy in Pristina. This is how democracy works in post-Yugoslavia Kosovo. If you praise Turkey, you may lose your job.