The Houthi coup in Yemen and the challenges of resistance 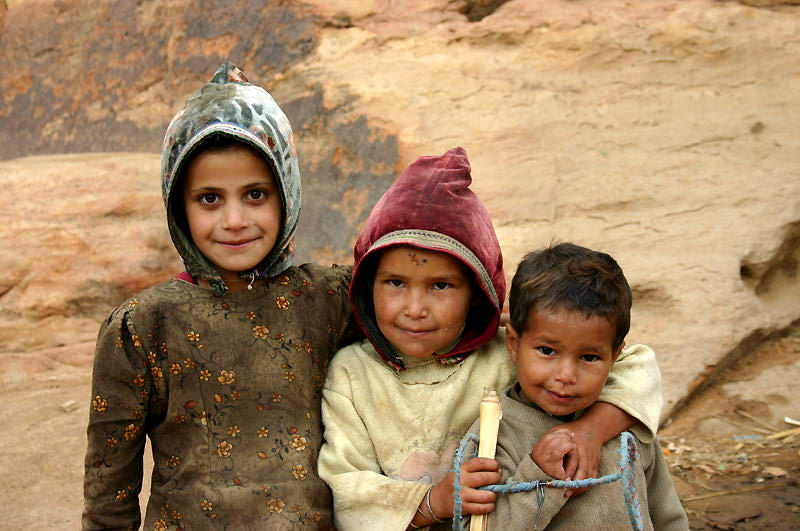 The result of the Yemeni conflict will definitely change the geopolitics of the Middle East: it can motivate Arab countries to build a joint army, change the nature of the relationship between the Muslim Brotherhood and the Egyptian regime and flare up the tension between Gulf and Iran

Yemen is the poorest Arab country in a critical part of the world. It has long suffered from ethnic strife, authoritarianism and poverty. Like other Arab Spring countries, these problems contributed to the fall of the long rule of President Ali Abdullah Saleh in 2011. Despite the early signs of a smooth transition to democracy through national dialogue, the democratic process was interrupted by the old regime's manoeuvres to destabilize the country and international interventions by the Gulf and Iran as well as the U.S. The major blow came with the military coup by the Iranian-backed Houthis with a probable nod from the U.S. in September 2014.

Houthi forces seized the capital Sanaa and toppled the elected government of President Abd Rabbuh Mansur Hadi, gaining control of Sanaa in January 2015. Their swift advance was largely due to the inaction of the organized military controlled by Saleh's men – according to voice recordings leaked to Al-Jazeera – to the point of being facilitated by them. This quick advance came at a time where the former Saudi King Abdullah was on his deathbed and did not see the coming of the Houthi coup. The Saudi government did not adopt a strong position against the coup as King Abdullah and his team led by Khaled al-Tuwaijri disliked the democratic camp led by the Muslim Brotherhood-affiliated Yemeni Congregation for Reform party (al-Islah) in Yemen. They might have expected that the Islah movement would enter a self-destructive conflict with the Houthis.

However, al-Islah did not want to face the challenge alone and preferred a cautious inaction in their resistance to the coup, forcing the Gulf countries to act against the Houthis. Al-Islah's calculation seemed to prove correct, because the Houthi advance in Yemen meant an Iranian expansion that posed a direct threat to Saudi and Gulf interests, causing them to feel threatened by Iran after the fall of the north to Iran and the Islamic State of Iraq and al-Sham (ISIS). After the fall of Sanaa, the Saudi-led Gulf countries began to support the elected government of Hadi in the Sunni dominated city of Aden and moved the government and diplomatic offices. The Saudis might have accepted a de facto division of Yemen into the south and north. However, the Houthi advances toward Aden alarmed the Gulf countries as they felt encircled by Iran in the north and the south.

On March 26, the Saudi-led coalition backed by 14 Arab and Muslim countries decided to intervene in Yemen. Arabs, known for long-standing internal disagreements, acted collectively to stop the expanding Iranian influence on the Arabian Peninsula. It is a rare phenomenon not witnessed since the first Gulf War when Saddam Hussein invaded Kuwait. Despite the absence of some Arab countries, the coalition building was unprecedented. Turkey also provided moral support to the operation by rejecting both the coup and Iranian intervention in Yemen and Syria. This operation will be a leadership test for the new Saudi King Salman, as he has given the signs of policy change in attitude toward the democratic movements in the region.

Even though there is a sectarian and geopolitical dimension in the Saudi intervention, we have noticed a clear support for the elected President Hadi. The airstrikes will attempt to end the Houthi military power as the Saleh-controlled military establishment is now in solidarity with them. So far, the coalition forces have targeted the arms depot and the Houthi leadership from the air. Now the coalition is preparing for a ground operation, as the Houthi advances were slowed, but not stopped by airstrikes. Despite the bombing, Houthi forces continued to close in on the port of Aden, the strategic location of Hadi's elected government and the site of the arrival of Egypt's ground forces.

Even before the land operation begins, Yemen's democratic camp is facing serious challenges. First, unlike the organized coup camp, the resistance front is not well organized. The elected president fled abroad due to the Houthi attacks on Aden and his ministers are in captivity. Hadi does not have a functioning cabinet and military, as 70 percent of the established military sided with the Houthis under the directives of the deposed Saleh. President Hadi has only recently removed the former chief of staff and his deputy for their cooperation with the Houthis. Despite extensive armaments in Yemen, the population is not organized or coordinated against the organized Houthis. It also takes time to train volunteers from Sunni tribes and revolutionary forces including al-Islah.

The land operation that will be mainly formed by Saudi, Egyptian and Pakistani forces has its own problems. As the Gulf diplomats reportedly said, the airstrikes could last up to six months, but the conflict will drag on for some time. The goals of the operation are not well-stated either. Because the eradication of Houthi forces is not easy, the operation will likely aim to force them to the negotiating table. Secondly, the capability of the ground forces has not been tested in the treacherous Yemeni terrain. There is an Arab proverb that says, "One cannot own Yemen, but one can rent it.
"Egypt lost about 10,000 soldiers and huge financial resources in the conflict of the 1960s. Socialist republican forces that were supported by Gamal Abdel Nasser's Egypt finally won in the end, but the high economic cost and the defeat against Israel in 1967 also prepared the end for Nasser.
Saudi forces, too, have not been tested on the ground since the first Gulf War in 1991. The fact that they sent troops to the tiny island kingdom of Bahrain to help suppress the Arab Spring uprisings in 2011 is no comparison to Yemen. Secondly, the Saudis must enter from the mountainous north, which is home to the Houthis. This will raise the stakes for King Salman's administration. Secondly, Egypt, which called for a joint military force, wants to use it in Libya more than in Yemen. Because they have paid a huge price in Yemen in the past, they now seem ready, but are also cautious. As Egypt is struggling with its own rebellion in the Sinai, its army's capability will be also tested in Yemen.

Thirdly, time is against the coalition forces that are preparing for ground operations. As defensive forces will have the advantage in the mountainous territory, it is critical that the Arab coalition not lose Aden and Taiz or the Bab al-Mandab strait. Reclaiming these lands will not be very easy against the well-motivated and organized Houthis. Fourthly, the pro-Hadi Popular Committees forces are resisting the Houthi advances on several fronts including Aden, but they need training, more arms and coordination very quickly. If the Houthis control Aden and Taiz, the coalition will have to become involved in street fighting. The most critical of these resistance forces are the Muslim Brotherhood-affiliated al-Islah, which has a large base across tribes, regions and social classes.

After al-Islah declared its open support for the Saudi-led operation, the Houthi forces kidnapped some leaders of the movement in several cities, particularly in Sanaa. The obvious need for al-Islah's resistance power might also facilitate a possible deal between the Muslim Brotherhood and the military in Egypt. Sunni tribes are also resisting the Houthi coup, but their loyalty is not guaranteed, as they can change their attitude in case of the inefficiency of the resistance camp due to their tribal interests and survival. The result of the Yemeni conflict will definitely change the geopolitics of the region, but even the way the conflict proceeds has potentially serious effects on the future of the region, such as building a joint Arab Army, the relations between the Muslim Brotherhood and the Egyptian regime, as well as the future of the Gulf and Iran. It will not be easy, but the odds are with the democratic camp because they defend the universal principle of democracy and freedom and they represent the majority. Without a decisive victory, the warring sides will eventually come to the table, but only after the destruction of Basra, or rather the destruction of the land of Sheba.
Last Update: Apr 07, 2015 11:14 pm
RELATED TOPICS