Free war market takes West back to its old ways 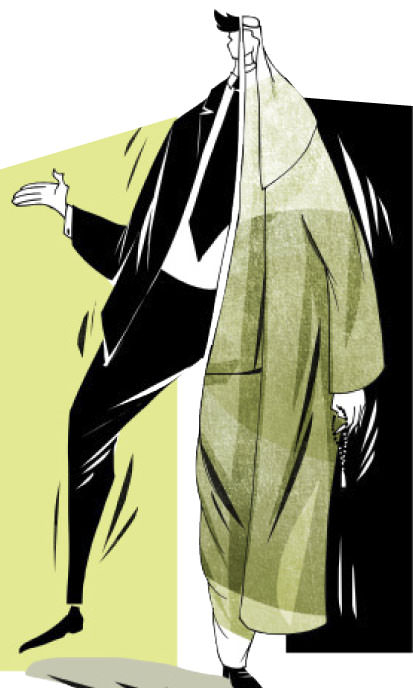 While the West makes advances in Arab countries, the region's regimes display no intellectual capability to tackle the growing threat. It is the height of idiocy to think that by suppressing popular aspirations, regimes can survive and prosper

The West's war merchants have created many fronts and enormous confusion where alliances have become muddled. In many situations, it is not at all clear who is a friend and who is a foe, and there is hardly any discussion about the rules of engagement.

Recently, Israel killed a senior Iranian military commander and some Hezbollah figures on the Syrian side of the Golan Heights. The dead Iranian general and Hezbollah men were fighting for Syrian President Bashar Assad's militias that are supposedly fighting the Islamic State of Iraq and al-Sham (ISIS), which is seen as a threat by Israel's ally the U.S. Iran, on the other hand, received praise from U.S. Secretary of State John Kerry for its air and ground attacks against ISIS. If we follow Tehran's political logic, Kerry should be considered a representative of the "Great Satan" and his praise should not be welcome.

The confusion is so deep that only the plotters of conflicts know who is serving whose agenda. Some players either have a weak agenda, or they are happy to serve Western interests. Saudi Arabia, the UAE and some other Arab regimes made loud statements against the ISIS takeover of Mosul in Iraq and Raqqah in Syria. But in Yemen, they seem to have approved the Iran-linked Houthi takeover of the capital Sanaa. Arab populations are told by their leaders that Iran is an enemy and the bloc of Gulf States has sent military forces to quell the uprising in Bahrain that they say is instigated by Iran. Both Saudi Arabia and UAE are playing a duplicitous and dangerous game in Yemen by encouraging Iranian expansion through their actions. Similarly, the U.S. is in league with pro-Iranian elements in Yemen but gangs up with EU arms merchants against Iran on the nuclear energy issue.

The West thrives on conflict. Mass bloodshed does not perturb Europe. Tragedies are exploited to advance greater conflicts and wars. France made dramatic efforts to exploit the violent killings of a magazine staff in Paris. Rather than discussing the failure to stop a heinous crime in a major European capital, irresponsible leaders began talking about launching crusades and wars of civilizations, shouting hollow slogans about freedom of expression.

There has been an insane increase in the number of conflicts the West has created since 2001. Countries rich in resources are often victims of these wars. One may recall the words of Malaysia's former Prime Minister Mahathir Mohamad in describing the Western appetite for conflict: "The September 11 attack on America, which supported Israel, was made an excuse for the Anglo-Saxon Europeans to return to their violent old ways."

Western hegemons led by the U.S. are hell-bent on preserving the edge that they have maintained since they created the post-WWI order. Though the world was largely bipolar until the collapse of the Soviet Union, the U.S.-led West enjoyed a wide lead over their rival communist bloc nations. Now their supremacy is indeed threatened with the emergence of independent-minded regional powers and China's enormous rise.

The emergence of China first as an economic, and now a military power, and the resurgence of Russia have caused panic in the West, which is used to seeing others toeing its line on global issues.

The West's arms merchants are irrational in their thinking, but they have crafted sophisticated financial, technological, information and security structures to facilitate their war projects. On the one hand, the French parliament passed a motion to recognize a Palestinian state, but in a bizarre decision, the country also banned pro-Palestine demonstrations. Western propaganda has reached Orwellian proportions. There is not much public opposition to the racism and war-mongering of the West, as populations are deliberately kept ignorant about the real aims of Western actions and policies.

Every illegal act is justified now in the name of supreme national interest and realpolitik. Institutions are being manipulated by dangerous lobbies with dubious ideologies and secret agendas. These include U.S. neocons, the Bilderberg Group, the Trilateral Commission and the American Israel Public Affairs Committee. Sadly, some Asian and African leaders have mortgaged their national interests to an international mafia. Leadership failures in the Middle East have caused destruction in Egypt, Yemen, Tunisia, Libya, Lebanon, Syria and Iraq.

Some Arab states have become havens for people who serve Western hegemonic designs. Former British Prime Minister Tony Blair, the villain of the 2003 Iraq war, is an ally of Abu Dhabi's ruler. The UAE is also an ally of Egypt's dictatorship, former Fatah strongman Mohammed Dahlan, who is allied with Israel and supports Libya's CIA warlord General Khalifa Haftar. The same despotic Arab regimes are also being manipulated by the West to sow discord in Muslim countries and advance neocon interests in places that pursue independent policies.

The free war market created for global control is not in total control of its plotters. The Ukraine project has not worked according to Western plans. But unless people fight and kill each other and conflicts expand, the West's lucrative weapons industry cannot survive.

In the decades after WWII, the West pretended to care about democracy, human rights, freedom of speech and free media. These days, even those pretensions are gone. Its naked aggression and lies have become powerful tools in the race for total supremacy. Egypt's coup is a glaring example how the U.S. and EU brought back the brutal old dictatorship with the help of monied despots. In Syria, outside powers are doing everything to prolong the conflict and misery for millions of Syrians.

While the West makes advances in Arab countries, the region's regimes display no intellectual capability to tackle the growing threats. It is the height of idiocy to think that by suppressing popular aspirations, regimes can survive and prosper. Repression of democratic movements can have drastic violent consequences. And the West is not against violent terrorist groups as long they serve Western colonial interests. They first create, aid and abet terrorism, and then fight wars in the name of quelling their own creations. These war market traders are trying to create a new world order where they hold a monopoly on violence.