The genesis of the genocide accusation 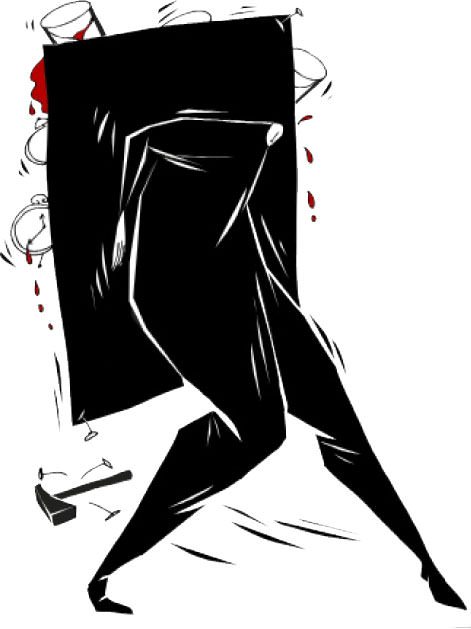 Public statements made by prominent figures around the world may give the impression that the whole world has bought into the genocide accusation, but it still remains true that this perception of genocide was created by U.S. power

What happened 100 years ago is a matter of historical inquiry. What is happening these days is a matter of political capital. The systematic accusation of genocide directed toward Turkey is a phenomenon unto itself. It is separate from the historical events surrounding the Armenian-Turkish conflict, and should be studied as such by scholars of history and politics whose expertise is American foreign policy. However, to this day, there is no known academic publication that has asked the following questions: When did the systematic accusations of genocide against Turks begin? What American interests were served by establishing such accusations? How did this accusation become internationally institutionalized to the current level?

In short, the systematic accusations of genocide directed towards Turks began to take form when the U.S. was itself under attack in the court of public opinion for carrying out genocidal policies on the Vietnamese. The accusation against Turks provided an alternative narrative on genocide, through which the popular discourse on genocide at the time was to be replaced and forgotten. Over the years, the establishment of genocide scholarship in the U.S. - and in many Western liberal states that depend on the U.S. - has cemented such genocide-labeling by producing a controlled discourse on 1915. This discourse has been widely disseminated to the extent that the genocide label is now taken for granted, regardless of the biased sources that inform it.

Following World War II, the U.S. decided not to ratify the U.N. Genocide Convention - despite having created the term for wartime and postwar considerations regarding Germany - and the policy was to phase out the term genocide, for fear of it being used against the U.S. government's role in the history of Native American extermination and African slavery. There was even concern regarding the lynching of African Americans, for it presented a clear case of race-based mass killings along with the segregated conditions of poverty and disease.

In the 1950s - even before the genocide accusation against the U.S. was introduced during the Vietnam War - there was significant international pressure on the U.S and its neocolonialist dominance. In 1955, after the Korean War and the U.S.-backed French war in Indochina, 29 African and Asian states - representing over 1 billion people - met at the Bandung Conference in Indonesia, and issued a united declaration on April 24, 1955, protesting the suppression of the national cultures of their peoples by existing forms of colonialism.

It then became beneficial for the U.S. to foster the narratives of small nations whose victimhood would take the edge off accusations of neocolonialism by victims of American aggression. In this context, discussions began at Harvard University over the establishment of the first American chair in Armenian Studies. In other words, academic infrastructure was being erected for the development of an Armenian national narrative under U.S. control. The project was supervised by Richard N. Frye. Aside from being a professor of Central Asian Studies at Harvard University, Frye had worked for the U.S. government in several capacities, including holding a position in the Office of Strategic Services, the U.S. intelligence agency that preceded the Central Intelligence Agency.

Over a decade later, the escalation of American attacks on Vietnam resulted in a shocking level of carnage and a resounding accusation of genocide by influential intellectuals around the world. Within a short period of three years and nine months, known as Operation Rolling Thunder, the U.S. dropped hundreds of thousands of tons of bombs on Vietnam. As criticism mounted, the International War Crimes Tribunal - led by Bertrand Russell and Jean-Paul Sartre - held hearings in 1967 to mark the outrage. Today, this appeal "to put an end to the United States' genocide" by an international tribunal of intellectuals who were not empowered by any state, should be viewed as symbolic of a time when there was a completely different discourse on genocide. In those days, the discourse was free of American control.

The impact of the well-articulated accusation of genocide against the U.S. was evident. Already in 1966, the U.S. Army Field Manual 33-5 informed its soldiers that the term genocide is popularly used with reference to the U.S. by local insurgents. Even the level of compensation befitting a genocide was being discussed. For example, John Kerry, now the U.S. secretary of state, appeared on April 22, 1971 before the Senate Foreign Relations Committee as a war veteran, spoke of the atrocities, and stated that "we have a definite obligation to make extensive reparations to the people of Indochina."

Despite its unrivaled military superiority, it was not a good image for the U.S. to be seen to be as hated as the genocide accusation indicated. It is better for a dominant global power to convert its hard power into soft power. It is far more expensive and risky to use military force to coerce other states than it is to persuade them to agree through co-option. The American power to frame the global agenda was being harmed by the vilification of Uncle Sam. After being seen as a savior in World War II, during the Vietnam War, the U.S. found itself being viewed as a merciless aggressor. This was bad for business, as they say.

During the Vietnam War, the emergence of an American-nurtured Armenian narrative initiated the transformation of the discourse on genocide. The discourse was no longer to be on how imperialism imposes itself on locals, on natives, or how the invader could come from afar and use technological advancement against the many, the civilian populations, to wipe them out if they did not succumb to the great power. Instead, the discourse was to be in favor of U.S. interests by focusing on a narrow view of atrocities, as if planned by the local leadership, within a sovereign state, without regard to the outside influence of a great power. This way, the substantial interferences with governance by external forces and the destruction of previously peaceful societal structures would be concealed by the discourse. This type of destruction was done to the Ottoman state, not by it. Yet, the discourse on genocide has ignored this historical perspective since "genocide" has become a tool to excuse interference, not to condemn imperialism.

The genesis of the genocide accusation against Turks is to be identified in the context of the American war in Vietnam. It was during this war that the accusation of genocide was first published by an American non-Armenian publication. Marjorie Housepian's "The Unremembered Genocide" in 1966, published by Commentary, brought back into fashion the use of anti-Turkish World War I propaganda. Over the almost 50 years since then, the academic pretense of an American-influenced genocide scholarship has shamelessly lent credibility to this propaganda. In countries such as Sweden and Denmark, where the Russell Tribunal hearings were held, there are now American-inspired academic centers that control the language on genocide.

While the debate on what happened 100 years ago is often described as an Armenian issue, the systematic accusation of genocide directed against Turks might be an American issue. Instead of engaging in endless, fruitless, arguments with Armenians on how to characterize historical events, it might prove productive to identify and expose the American origins of the discourse that has been legitimizing anti-Turkish propaganda by controlling the institutionalized study of genocide in Western society.

The centuries of Armenian-Turkish coexistence, as well as the decades of Armenian-Turkish conflict could have been subject to a shared historical study if not for the politicization done in service of American interests. Public statements made by prominent figures around the world may give the sense that the whole world has bought into the genocide accusation, but it still remains true that this perception of genocide was created by U.S. power. Therefore, the threat and use of the label of genocide against Turks will not end until it no longer serves American interests.