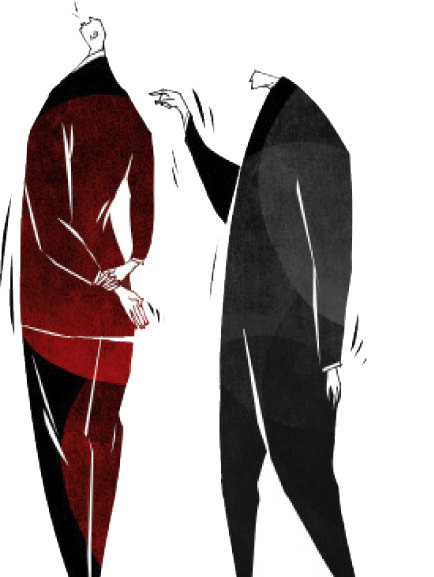 With its recently and significantly softened stance on Assad, the U.S. has suggestedthat ultimately, it might be necessary to negotiate with the regime. While Syria and Iraq still suffer from the repercussions of the U.S.'s foreign policy, this is marked yet as another failure

In February, UN Special Envoy to Syria Staffan de Mistura controversially claimed in a press statement that Syrian President Bashar Assad "... is part of the solution." Then a short while later in March, U.S. Secretary of State John Kerry caused more controversy when declaring in an interview that "we have to negotiate in the end" with Assad. While both statements resulted in swift backtracking amid Syrian opposition and a regional outcry, it appears that Kerry and de Mistura merely voiced a growing acknowledgement in the West and particularly Washington.

In spite of later assurances that the U.S. line on Assad had not changed, that he had no role in Syria's future and had lost legitimacy to rule, Kerry's comments merely added to growing skepticism and frustration in Turkey, with Prime Minister Ahmet Davutoğlu likening shaking hands with Assad to shaking hands with Hitler. U.S. President Barrack Obama once labeled groups such as the Islamic State of Iraq and al-Sham (ISIS) as minor players. Yet a grand coalition, frantic responses as ISIS steamrolled through large parts of Syria and Iraq and hundreds of airstrikes later, the name on the lips of Washington is ISIS and not Assad.

Turkey, which has been at increasing loggerheads with the U.S. and has become disillusioned and bitter with Obama's foreign policy, finds itself in a difficult predicament as an "official" part of the coalition, yet finds differences with the U.S. over Assad, which is a bridge too far to assume a more active role. In turn, the line from Washington is that Turkey has not stepped up to the plate as a key NATO ally.

Failed U.S. foreign policyRegardless of the official tone, there is now increasing realization that while Assad is part of the problem, he is also part of the solution. When Assad alleged that there was indirect contact with the coalition over the operations against ISIS, the U.S. quickly denied it, insisting that Assad's comments be "taken with a grain of salt." But the situation must also be judged within the new grains of reality - Assad did not give up power when the regime was on its knees, let alone when it is relatively secure and the Free Syrian Army (FSA) is rapidly splintering.

This says much about the sorry state of Western foreign policy. Four-and-half years into a brutal civil war that has killed over 200,000 and displaced millions by the hands of a regime that has clung to power by all means possible, to be in a situation where Assad and his institution is needed to prop up a Syria under the evident threat of a jihadist takeover, tells its own story.

Obama's Syrian policy failed to see the bigger picture. The conflict, hijacked by jihadists, was spreading fast across the borders of Syria, and once the bushfire started the effort to contain it, let alone to put it out, would far exceed any efforts for its prevention in the first place. Syria was very much the fertile jihadist garden that allowed seeds of ISIS to flourish with Assad's blessing. Assad continuously broke redlines that were quickly reset into greyer lines by Washington. Finally, a largely reluctant U.S. intervened when yet another redline surfaced of ISIS banging on the doors of Irbil and Baghdad.

Strained U.S.-Turkey tiesThe lack of intervention in the first place, and now a focus away from Assad, has infuriated an Ankara adamant that tackling Assad must be part of any operation against ISIS. The U.S. has insisted that its hands are full with the fight against ISIS in Iraq and Syria, but for Turkey, increasingly fed up with more foot-dragging by Washington, the road to defeating ISIS can only run through Damascus.

The softening of the U.S. stance on Assad is hardly because of a plethora of options on the table. Simply put, given the choice between Assad and ISIS, the U.S. would choose Assad over and over again. But choosing the lesser of two evils hardly bodes well for U.S. credibility. From the long-standing assertion that the time has come for Assad to step aside to Kerry's recent statements that it is now time for Assad to "to think about the consequences," the changes in tone are subtle, but discernible nevertheless.

Kerry gave tentative support for a largely unsuccessful Russian peace initiative between Syrian opposition figures and the regime that saw large segments of the key Syrian opposition figures boycott the talks out of distrust and skepticism. The fact that it was Russia, a chief backer of Assad, leading the peace charge with the U.S. nowhere to be seen, highlighted that Washington sees prospects of a real breakthrough as slim and that Assad's removal is not a priority. Turkey remains reluctant to meet the coalition's demands of using Turkish bases to launch airstrikes or for Turkey to directly assist in the fight against ISIS. Turkish bases are highly strategic for a successful campaign against ISIS, especially for the fight to retake Mosul.

President Recep Tayyip Erdoğan has shown himself as a dogged, independent, and at times, unpredictable ally that will not be pushed around by the U.S. or European powers. Erdoğan warned months ago, prior to a repair mission by U.S. Vice President Joe Biden that the Turkish position would not change unless the U.S. can strike real compromise. The repair mission was ironically by a man who drew the ire of Erdoğan with suggestions that Ankara had encouraged the flow of jihadists across its border. "From the no-fly zone to the safe zone and training and equipping, all these steps have to be taken now," Erdoğan insisted previously before reiterating a common stance: "The coalition forces have not taken the steps we asked them for," and that as a result, his stance will not change.

With such a significant shared border with Syria, home to the main Syrian opposition groups and the host of millions of refugees, Turkey finds itself at the center of the conflict one way or another. Yet its lack of an agreed policy with the U.S. speaks volumes on the state of what was already a diminishing relationship. Turkish annoyance with their U.S. partners could not have been better demonstrated than over the Kurdish town of Kobani in Syria. As Erdoğan continuously downplayed the significance of Kobani, the small dusty town, unknown to much of the world, became a symbol of the coalition fight against ISIS and one that the U.S. deemed its credibility would be judged.

Kobani was not any Syrian town. It was part of the newly declared autonomous cantons of the main Syrian Kurdish party, the Democratic Union Party (PYD), which Ankara accuses of being an arm of the PKK. To the anger of Turkey, the U.S. provided ammunition and supplies to the Syrian Kurdish rebels with signs of growing cooperation.

The bigger pictureEven if ISIS is defeated in Syria, which could take years, the U.S. needs to quickly agree on a plan to deal with the root-cause of ISIS, which is Assad. A grand bargain with Russia and Iran may well be possible to see the regime apparatus remains in place with Assad eventually gone. However, such terms can no longer be on the unrealistic Geneva Communiqu

Even the U.S. initiative to train thousands of so-called moderate Syrian rebels in Turkey, Qatar and Saudi Arabia, which started in early spring, is fraught with difficulties. The U.S. made clear that the goal of the initiative is to empower rebels to go on the offensive against ISIS and set the scene for a negotiated settlement of the conflict. Assad was not even mentioned.

But so fractured is the Syrian landscape that picking out moderates and vetting individuals is a painstaking task. Indeed, many moderates have slipped into the hands of new Islamist alliances in Syria bewildered at the lack of Western support. And what about the appetite of any newly trained rebels turning their guns on ISIS under Western pressure while Assad, their ultimate priority, simply regroups and gains strength in the background?

Meanwhile, it remains to be seen if Ankara, with its new independent and assertive role in the Middle East, can simply wait on U.S. policy that it remains unconvinced by, as it continues to harbor millions of refugees and an unstable border.