Our youth, a glimpse of the future 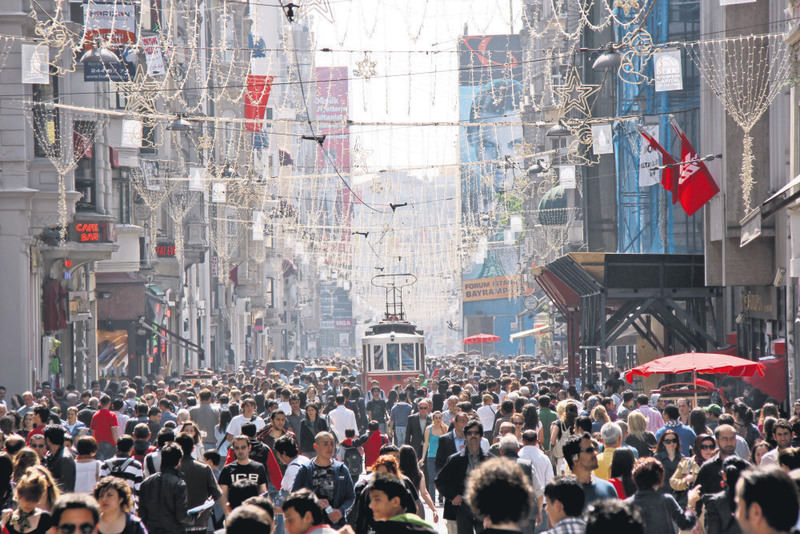 Unfortunately, younger generations have long been neglected in Islamic communities and their future has often been sabotaged by poverty and endless political and social crises. Turkey aims to break this chain with its flourishing institutions, creating the necessary tools to train young individuals

The Prophet Muhammad states in one of his sayings: "Take benefit of five: Your youth before your old age, your health before your sickness, your wealth before your poverty, your free time before your preoccupation and your life before your death." He pointed out the importance of young generations in the society, generations that have so long been neglected in Islamic communities all over the world. Unfortunately, our youth has been deprived from the necessary training, education and opportunities to grow, succeed and widen its capabilities in Islamic societies. Their future has so long been sabotaged by poverty, endless crises and problems. Within our society, the youth presents utmost importance. Its role remains so crucial that it is currently being studied and analyzed by several disciplines of social sciences such as sociology, but why is this so? First of all, the youth render the foundation of civilization and the necessary building blocks of it. If young adults become mentored and well-educated, it will be easier to build a better future. The young generations are composed of individuals who have different tastes, affinities and opinions and they do possess vibrancy and passion so they can brighten the society's future. These are individuals who are going to become adults for our impending fate.

The term "youth" usually refers to an individual who is between the ages of 15 and 25, those who are still in adolescence and are still malleable in terms of character and culture. Their identities found in this stage of life are usually molded by the music they listen to, friends and also comments and advice given by family members in their daily surroundings. Throughout history, young people have without a doubt played a very important role in shaping the future including major political and social advancements. With globalization and cross-cultural borders opening up, young adults form the largest segments of the world populace today equal to about one-sixth of earth's population. This shows their roles in shaping international responses to both religious and cultural diversity is vital for us all. Within bureaucracy, the U.K. invested 850,000 pounds ($1.28 million) of financial support between October 2011 and March 2013. This was provided to the British Youth Council (BYC) to increase the quality and quantity of youth involvement in formal decision making. In addition, James Carville once said: "This is not class warfare, this is generational warfare. This administration and old wealthy people have declared war on young people. That is the real war that is going on here. And that is the war we've got to talk about." There is no doubt young people possess their own problems, the three main problems that come forth that are of serious concern are illiteracy, youth unemployment and destabilization of mental health with depression and technology addiction coming to the forefront.According to UNESCO, 17 percent of the population of the world today is not literate, about two-thirds of them women. The situation is even grimmer with statistics showing globally that 122 million youth are illiterate in which young women represent a total of 60.7 percent. An enormous amount of 67.4 million children are currently out of school. This number is rising especially in the regions that are considered as parts of the 'third world' like the Middle East, Africa and Asia with the current crises going on in Syria, Yemen, Darfur and Myanmar. Former U.N. Secretary-General Kofi Annan once said: "Unemployment creates psychological stress for many young people. ... The difficult situation of youth unemployment exposes young people to the risk of social problems and stemming from drug use and illegal activities." The International Labor Organization, through various demographics, shows that 73.4 million youth today are unemployed, with a large chunk of 29.1 percent in the Middle East. This leads youth to crime, including joining terrorist organizations, for the sake of money as Kofi Annan had pointed out earlier.

According to the American National Institute of Health, depression was the third-highest cause of death in 2007. The National Comorbidity Survey indicates 11 percent of young adults suffer depression by the time they reach the age of 18. The risk of depression increases as a child gets older. The World Health Organization stresses major depressive disorders are currently the leading cause of disability between Americans aged 15 to 44. Technology addiction is also surging according to a study by the IHH Social and Humanitarian Research Center, Sakarya University and Alliance of International Doctors, which found 20 percent of high school and 25 percent of university students surveyed use the Internet and social media more than three hours a day outside of daily duties. The study found a correlation between academic failure and technology addiction.

Of course there are many reasons present for the above stated problems, one main factor contributing to all three problems is the youth present in our societies are going through personal dilemmas due to the values modernism has brought that are not being filtered by cultural or religious principles. This causes young adults to literally be sandwiched between the values of the West and the values that their families and society hold on to. The East-West dichotomy that is influential in many Islamic societies often creates detrimental effects among young adults, severe crises of identity, if nothing. Solutions to these problems could firstly be having a democratic and balanced family life. This in terms brings confidence to our young adults and allows greater ease for problems to be opened up to parents. Young adults should also be motivated by their parents to engage in intellectual and recreational activities to allow the gaining of general culture and aid in the development of interpersonal relationships.

To counter these problems on an international level, the current Justice and Development Party (AK Party) government of Turkey has initiated a university degree program called the International Islamic Theology Program (UIP). UIP first began in 2006 at Ankara University in the Department of Religious Affairs. The aim of the program is to gather talented Turkish Muslim young individuals together and give them the authentic and necessary education needed to maneuver through the present in their societies and become great role models. The program showed a notable success and later on, also introduced in Marmara University and is currently being run in almost 10 universities in Turkey.

The program consists of students who possess the necessary basics of Islamic theological knowledge, who are given scholarships from their countries and study for a five-year university degree. The degree itself consists of four years with an additional year of Arabic foundational studies. Students in the program are taught to combine culture of the West in which they have integrated with the Turkish culture. This gives them the perspective that young generations of other regions are not familiar and opens doors for higher philosophical and intellectual thoughts.

The First International Islamic Theology Students Symposium titled "Being a Muslim in the West" was held on April 13, 2015 at the ISAM Conference Hall in Istanbul. The students who presented their papers were all a part of the UIP program. All of them grew up in the West including countries such as Germany, France, Switzerland, Austria, Belgium, the Netherlands, U.S., Australia and many others, males and females aged 19 to 24. Ten papers were presented by Sümeyra Şengönül and Fatma Umut of Germany, Deniz Demirkol and Yasin Eken of Canada, Tolgahan Yasin Çetinkaya of the Netherlands, Ahmet Polat of Denmark, Büşra Ünal and Mustafa Bekiroğlu of the U.S., Merve Nur Koçak and Fatma Sezer of France, Ali Özel and Furkan Mehmed of Belgium, Veysel Uğur of Sweden and Filiz Keskin and Gülbahar Tuğlu of Austria. The symposium was coordinated by Associate Professor Hafize Şule Albayrak, lecturer of sociology of religious at Marmara University. The presentations will later be published in the form of a bilingual book in English and Turkish.

All in all, our youth are the groundwork of our society with their vibrancy and energy and offer us different perspectives and ways of thinking. Our young adults should use the older generation as doors of opportunity, creativity, experience and wisdom to develop and maneuver the greatness of mankind. As Mary McLeod Bethune avowed: "We have a powerful potential in our youth, and we must have the courage to change old ideas and practices so that we may direct their power toward good ends."