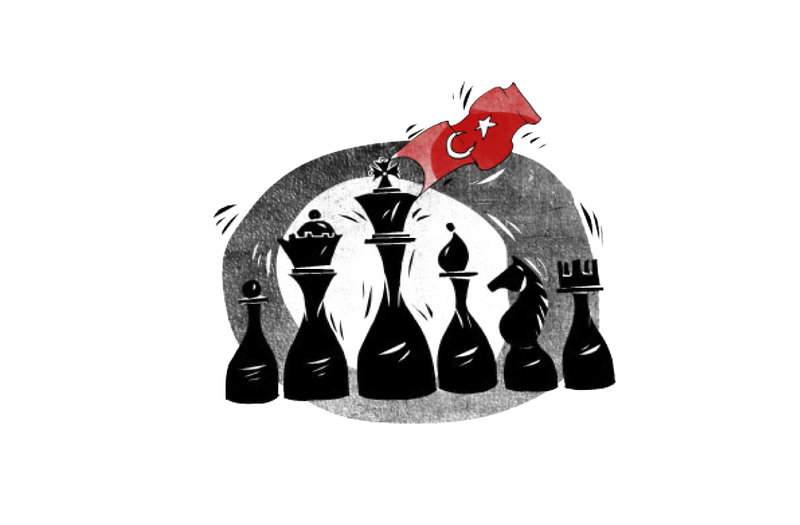 Excessively reductionist and identity-focused approaches gave a wrong impression of Turkey and a problematic foreign policy formula in Western capitals. Reflecting Turkey as a country that is about to turn its back on the West had a role in undermining the mutual trust in bilateral relations

During 1990's we have frequently heard "Turkey is missing the EU train" comment which was actually very prevalent among some foreign policy experts at that time. These comments or cloudy anxiety attacks have recently come back by some Turkish experts living in the Western capitals. The reason behind these attacks is mostly one-sided and identity-related explanations of these experts in their endeavors to explicate Turkey's foreign policy.

This tendency labeled Turkish foreign policy as "Islamist" when it aspires to reinforce its relations with the Middle East countries, "pro-Iran" while trying to facilitate a nuclear agreement with Iran, "Damascus-Tehran focused" while following a "zero-problem" policy with its neighbors, "pro-Eurasia" while engaging in commercial activity with Russia, "Saudist" while making investment negotiations with the leaders of Saudi Arabia and Gulf countries, "pro-Sunni" when it made a call for an intervention into massacres by the Syrian regime, "Ikhwanist" when it took a stance against the coup in Egypt, and "Ottomanist" when it followed a proactive policy in the Balkans.

Those experts, who argued that Turkey is turning its back on the West and its axis has shifted during the last decade, have recently started to think that the US and Western states should leave Turkey before Turkey abandons them- (yes, sounds like the formula of the hopeless romantic relations). In return for this, a certain segment in Turkey is likely to have rediscovered the fears that were prevalent in the 1990s again. However, Turkey is not a country that can be detached from the West or left alone in the region by the West. There is no need to be alarmed by the discourse that contradicts with strategic and geopolitical facts.

During the 1990s, one of the key dimensions of Turkey's foreign policy was the passion to join the EU. For some observers and politicians, the EU was not only a foreign policy target required for national interests, but also a safe port to take refuge in order to be a part of the West in terms of identity. They used to get really anxious on every platform that hosted a discussion over the EU membership process and this anxiety was constantly reflected on the front pages of major newspapers and periodicals. And now, that period of time, which is rightfully referred to as "the lost decade" are regarded by many people as the times of fears and anxieties over the possibility of missing the EU train. Along with heaps of disappointment Turkey experienced due to the EU, the identity problem and security dilemma, Turkey had, after the Cold War period, also deepened these concerns. Turkish foreign policy, which suffered from anxiety attacks similar to that of a child being left behind, had to cope with this fear for a long time.

When this constant fear of being left alone by the West was combined with an introverted system, zero relations with neighbors and paranoid threat perceptions, a foreign policy that struggles to survive in the midst of all these concerns and an unconfident country emerged. This situation led to highly fluctuating and unhealthy relations, particularly with the EU. A similar version of this relationship model, which began in the 1990s in the Turkey-EU relations, has been prevalent among some U.S.-based experts and observers studying Turkey. This morbid situation stands out when the U.S.-based analyses on Turkish foreign policy written within the last 12 years are examined. Some of those analyses reflect the concern that Turkey might turn its back on the West and adopt another foreign policy orientation by diverging from the U.S. This "pro-axis shift" group, which nearly put forward a brand new terminology of its own in Turkish foreign policy studies, defends that Turkey has turned into an unreliable ally that tends to leave the West at any moment.

The different visions of Turkey and the U.S. regarding the future of the Middle East were lying behind all these statements made about Turkish foreign policy. Some analysts interpret every disagreement between the two countries as Turkey's divergence from the Western world and turning its back on the West. Since the analyses did not consider regional transformations and the new developments in Turkey, the explanations that focused on identity and actors dominated. Recently, such explanations have also revealed a paradoxical condition. Nowadays, the groups that are not pleased with the progress of Turkish foreign policy are both regretting its divergence from the U.S. and calling the U.S. to leave Turkey alone. The main point of those "analyses" is: leave Turkey before it leaves us. Moreover, like most of the things that are written in Washington, those "analyses" also find some addressees in Turkey. These addressees often express the fear of being left behind created by the discourse of "leaving Turkey alone."

Those analyses and explanations neither gave accurate insight into the change in Turkish foreign policy to the Western world, nor contributed to the reformation of Turkey-U.S. relations. Excessively reductionist and identity-focused approaches created the wrong perception of Turkey and a problematic foreign policy formula in Western capitals. Reflecting Turkey as a country that is about to turn its back on the West had a role in undermining the mutual trust in bilateral relations. Nevertheless, neither Turkey considers diverging from the West nor is there a chance it will be left alone, as suggested by some groups.

With the global and regional transformations and changes in the domestic politics of Turkey and the U.S., the current state of bilateral relations needs a more thorough analysis by taking into consideration these different and evolving variables. Trying to explain some disagreements in regional policies by the rhetoric of "turning away from the West" seems rather misleading. Besides, the formula of being left alone does not correspond to the facts and equations of the region. It sounds an ideological position instead of a policy recommendation to repair and improve relations between two countries. The top figures in the U.S. are most probably well aware of the fact that trying to leave a country alone, which is the most politically stable and geopolitically significant country in the region, would be a strategic mistake. Two countries can establish a better working relationship in the region by diversifying their areas of cooperation, strengthening the channels of communication and generating new initiatives for policy coordination in the future.

Of course it is also required to tell the circles, which tend to revive the anxieties of 1990s among Turkish public, that the train goes nowhere and no one flees anywhere.