Gaza: Biggest Prison In The World 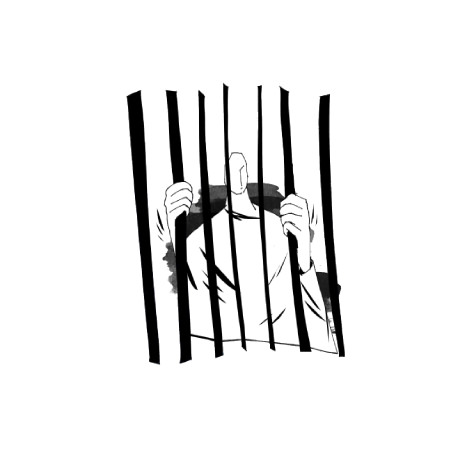 For the prison that is Gaza, Israel simply does what it chooses, closes crossings when it pleases and humiliates whomever it wants, whether they are leaving or entering Gaza. What does Israel say of its true motivation for Gaza in doing this?

Sunday, May 31 will mark the fifth anniversary of the attack by Israeli Defense Forces (IDF) on the vessel the Mavi Marmara as it and other ships, all with unarmed passengers and crew, attempted to take food, children's toys and other useful things to Gaza.

Nine men were shot dead. One other lived in a coma for four years until he succumbed, bringing the number of fatalities to 10. Hundreds of passengers on all the vessels were attacked, humiliated and handcuffed with identical plastic cuffs brought to the scene in sufficient numbers by the IDF because they knew beforehand what they intended to do.

This was done to keep Gaza a prison; to deny it the benefits that visitors to its prisoners wanted to bring.

And Gaza remained a prison until last summer, when the same IDF attacked the prisoners, killing 1,200 people, of whom over 500 were children.

Gaza became a prison again and is a prison still.

Imprisoning fellow creatures is an unnatural thing to do except when you farm them in order to eat them later. Which may serve to remind us that the alternative to imprisoning those you do not want around, for whatever reason, is simply to kill them.

For ordinary prisons there are many decision makers. Politicians decide penal and prison policy and sometimes make policy to please voters: "Prison works! Send more sex offenders to prison – vote for me!" Police officers, judges and juries between them decide who goes to prison, usually according to a state-made policy of what crime gets what punishment.

Prisoner governors and warders run the prisons. They are often, to outsiders, surprisingly humane and always concerned to keep their charges safe because that is one of their main jobs. Probation officers, doctors, psychiatrists and other specialists help prisoners survive the unnatural process and may adjust the way they think and act. There may be a policy of rehabilitation to help prisoners' function in the outside world upon release.

Occasionally other non-prisoners – family, friends and visitors – are permitted by the authorities to visit prisoners socially, sometimes with food parcels, books and cigarettes.

Increasingly, around the world, from Norway to Texas, there is a growing awareness that imprisoning people may often be a waste of taxpayers' money and ultimately not very useful for society or its prisoners. But this is not something that features in Israel's thinking about Gaza.

For the prison that is Gaza, all the above functions are performed by the Israeli government, the border police force and the IDF. There is no police or judicial filter for those who are prisoners in Gaza; there are no humane governors, no probation officers and there are almost no visitors.

Some Gazans, it is true, spend time outside. But getting out is very difficult. Why? Getting in is as hard or harder.

The naive foreigner will wonder, without answer, why both sides of the Gaza-Israel border are not linked by an accessible surface crossing, equipped with available sophisticated equipment to detect all bad things in vehicles of all sizes, which had been offered to Israel by the Netherlands years ago. Customs charges could be levied. The creation of tunnels on all sides could properly be attacked and prohibited with no turning of a blind eye to commercial or other reasons. The U.N.'s Universal Declaration of Human Rights enshrines the right of freedom of movement, that is that the "freedom of movement and residence within the borders of each state" and to "leave any country, including [one's] own, and to return to [one's] country" should be respected.

But Gaza being a prison serves an Israeli purpose. What do we really know of what that purpose is? Examining individuals for their mental state is sometimes best done by looking away from central events to what else they do or how they do it. The same process works for the mental capacity of a state.

Consider how lawyers, relations or friends visit prisoners in ordinary prisons. It is not the happiest of experiences and, over recent years, there has had to be some increase in security. There are now, and there used to not be, prisons that require surrender of electronic devices and even airport-style body scanning. But the process is clear as to its objectives and, subject to occasional exceptions, human and humane.

Entry to and exit from Gaza is an unforgettable experience. Getting in requires bureaucratic processes that can last weeks or months and easily be refused altogether for no reason. The process is awful even with a pass to enter. There are two full-height turnstiles through which to "post" bags of property or goods for returning Gazans or equipment-laden camera crews. Ring the bells of the doors beside the turnstiles to get your property through easily, but they will not be opened for you. After the second turnstile, a hundred or so meters from the first turnstile, there is a second with the same procedure and the ever-closed doors, and then a covered path over a kilometer long to drag or carry your property unless good fortune brings you a buggy. The way back out is worse. When you are leaving, you are surveyed by non-speakers from windows a floor or so above and are required to open your bags from which you are then separated. A series of pens operated by red and green lights allow slow progress. Then the chance to see your bags inspected at a distance by an official without conversation before your bags may be pushed without word across a table at you. And should you be difficult – as I was told – invasion of property and privacy can easily enough become invasion of body. Israel does not want you to enjoy this experience, in or out. It is probably proud of the fact that the easiest way to find more details of what happens is to ask Google. A search for "Erez crossing humiliation" brings up about 360 articles.

There is no justification for treating prisoners on their way out of, or visitors on the way in to, this prison in the way that Israel does. Nor is there any acceptance by Israel that there should be justification. Israel simply does what it chooses, closes the crossing when it pleases and humiliates whomever it pleases from within Gaza or those going into Gaza. What does Israel say of its true motivation towards Gaza in doing this?

Ordinary villains and crooks often give the game away about what they intend and what they did in the course of a crime by some "collateral" thing they did or did not do. For Israel to treat those entering or leaving Gaza as it does, shows that Israel as a state knows that it is in the wrong over the blockade that so many condemn as unlawful. To treat travelers in a civilized way, as a proper border force would do, would open too many doors, including the door that allows outsiders to inspect the prison more easily and to ask why the Israeli state, as prison governor, does nothing for its prisoners.

Those on the Mavi Marmara could not stand with placards on the high seas and protest in the way, for example, campaigners against Vietnam did. And because Israel owns most of the territory outside the prison, it is hard or impossible for campaigners to hold placards at the prison's doors. But that will not silence the condemnation that Israel now enjoys for much of what it does in the name of its own security. Other flotillas may sail, and Israel would not dare do again what it thought it could do in the darkness to passengers on the Mavi Marmara. It may find it ever so less easy to repeat last summer's Operation Protective Edge offensive because it went too far with military doctrines it could not defend as lawful. And the Erez crossing will continue to show, through whoever writes about it, that there is something infected in the heart and brain of the Israeli state.
Last Update: May 08, 2015 10:02 am
RELATED TOPICS