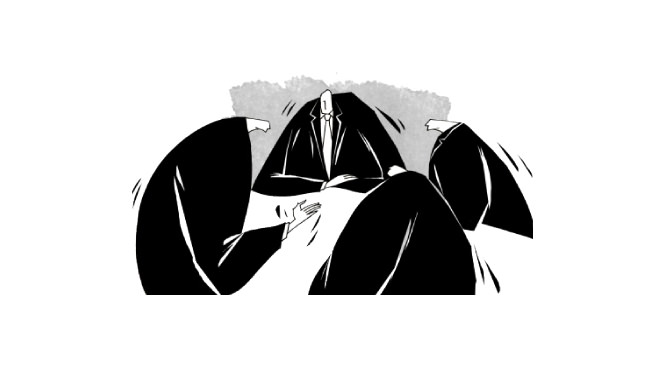 by Halil Danışmaz May 08, 2015 12:00 am
Last week, Dr. Fuat Oktay joined me in Washington, D.C. to discuss the Syrian refugee crisis with policymakers and academic experts. Overall, Turkey's efforts to manage the crisis were given high praise, but when it came to discussing the future, the message was clear – Turkey needs the international community to step up and do more.

According to the United Nations Refugee Agency, Turkey is now the biggest refugee-hosting country in the world. By the end of 2015, Turkey will host 1.9 million refugees, including 1.76 million Syrians. As the head of AFAD, no one understands Turkey's commitment to refugees better than Dr. Fuat Oktay.

At the Atlantic Council and Georgetown University, Dr. Oktay noted that Turkey is often lauded for its refugee camps, many of which are well-regarded for their cleanliness and efficiency. Turkey has already spent $5.5 billion to assist refugees – funding that has helped construct 25 state-of-the-art refugee camps and provided refugees with access to healthcare, education and psychological support. International aid organizations, including Amnesty International and the International Crisis Group, have commended these programs for their success and ingenuity.The U.S. has also recognized Turkey's astounding commitment to managing the Syrian refugee crisis. On a recent visit to Turkey, U.S. Assistant Secretary of State for Population, Refugees and Migration, Anne C. Richard said, "Turkey is at the forefront of nations in terms of accepting refugees and providing very appropriate ways to help them."

However, Dr. Oktay also noted that little attention has been paid to the many non-camp refugees within Turkey who are putting a strain on Turkey's resources, notably its healthcare infrastructure and education system. He emphasized an imminent need to increase international support and prepare for the long-term viability of Turkey's refugee programs. For U.S. officials and experts, this was the most critical message to take away from our conversations.

As it stands, Turkey cannot keep pace with the ever-expanding influx of refugees – not without the cooperation and increased financial contributions from its allies. Turkey bears the majority of the burden for this crisis, and now is the time for the international community to step up and share the responsibilities. Together, Turkey and its allies can build greater capacity in housing, healthcare and educational systems for Syrian refugees.

The fight against ISIS is an international crisis and it demands an international response. When the international community steps forward to help with the refugee crisis in the long-term and help defeat ISIS, then we will be much closer to a lasting stability for the region. This increased support and coordination is the highest priority for Turkish officials like Dr. Oktay, and the message was well-received in Washington. Last week's visit was a good step forward for everyone.