The world is bigger than five 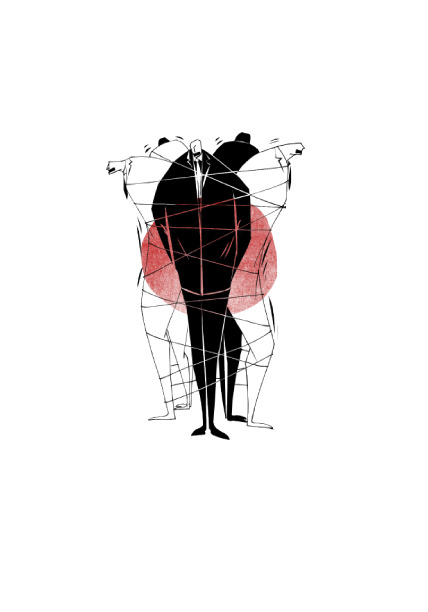 Over the passing years the U.N.'s credibility has been brought under question since it failed to protect civilian's lives from Gaza to Syria, because on each occasion resolution drafts have been declined in the Security Council by the veto of one of the five permanent members

The U.N. Security Council (UNSC) is supposed to be the principal organ of the U.N. charged with the maintenance of international peace and security. The U.N. charter entered into force on Oct. 24 1945 after the allied victory in World War II. Since that day, the allied victors became the five permanent members of the UNSC, namely the U.S., U.K., France, China and the Soviet Union, now Russia, took control of the unique ability to veto resolutions and the privilege of decision making. These five members are able to veto any substantive resolution, which allows any one of them the power to block the adoption of a resolution they do not agree with. Veto decisions are based on the individual member nation's national interests regardless of the rights and laws of the people. These vetoes affect the entire world and are used as tools by the UNSC to its individual members' own advantage. This veto power, which is only granted to the five permanent members, is essentially an undemocratic, international body privilege that hinders the possibility of a just world order.

The structure of the UNSC fails the principle task it was created for. With the Soviet Union using its veto 119 times, Russia 10 times, the U.S. 83, U.K. 32, France 18 and China nine, they have the unfair advantage of deciding the fate of others built on their own needs. These five members have all defied U.N. General Assembly decisions that are passed with an absolute majority simply with their veto power. The morality of this council is an issue when the power is used for an individual country's interests completely disregarding universal norms and values that are supposed to be founding principles for the U.N. and what they stand for. This power is an undemocratic instrument used by these members as a veto by a permanent member decides the fate of everyone irrespective of its level of internationals support. The permanent five has used this as a political weapon in their favor. They have been predominantly vetoing in favor of their nations' strategic interests and political motives. It is no longer about maintaining peace and security for everyone. It has become an illogical, unfair system. The whole purpose of this council is not being served and a reform of the way it functions is much needed. Instead of showing unbiased leadership in the opportunity they were granted, they have taken advantage of the power to work in their favor. The fact that only five members have complete power over decisions that will affect the whole world is unjust and unreasonable. A power such as this was bound to become an issue. It has become a tool used by the permanent members to protect their own interests. Veto power has basically become an advantage the permanent five possess in order to demand what they want. Past vetoes have shown possible correlations with the permanent member countries' own interests. When they veto something, they are responsible for the effect it may cause. Having this type of power in their hands is a huge responsibility. It is important to create a fair structure rather than relying on the belief that five permanent members will choose the greater good for all of us. Our rights and voices have been ignored with this veto power they have stolen.

This has become extremely problematic. On a larger scale, this issue affects lives and hurts and kills many innocent people in the process. It is not following through with what it was intended for - it is not keeping the peace or security of the world and its people. One example is the numerous deaths of Palestinian civilians killed in Gaza that have occurred due to disproportionate military action. In this instance the civilians have paid the price for this particular use of the veto by the U.S. Also, take into account the estimated 150,000 brutal deaths that have now occurred in the Syrian conflict. The events of this horrendous war have been widely reported and the world has been standing by hearing stories every day of the deaths that are occurring. This has been an extraordinarily difficult war to hear about. Recently, a draft of a U.N. resolution calling for the crisis in Syria to be referred to the International Criminal Court was vetoed by Russia. With 65 countries showing support and 13 of the 15 members voting for the resolution, the veto by Russia, one of the permanent five, ultimately ignored them all. The Syrian people have a fundamental right to justice for what has happened. The veto of this resolution is indefensible. With the grim death toll rising and the crisis entering its fifth year Russia's vote is a disgrace. This is the fourth time Russia has blocked a UNSC resolution regarding Syria. The lives of the people are in the hands of these five decision makers and, unfortunately, the veto power has been used by them in favor of their own selfish interests. This alone should be reason enough to reform the structure of the UNSC's power. The ability to veto anything they do not agree with simply based on their own desires without any regard to others' well-being is undemocratic. We have been forced to accommodate what the five permanent members have to say because of a council that was created 70 years ago. They have been put on a pedestal for long enough, the legitimacy of their vetoes and true intentions are never questioned. If the purpose of this was intended to be positive and to keep peace, security, freedom and democracy around the world, then it has sadly failed.

These five permanent members have only pursued policies that are beneficial to them. This privilege they have had for 70 years is discriminatory and against every belief we have in what is supposed to be a fair system. There is no real explanation as to why they get to have this right over us and it is borderline bias. The abuse of power has gone on long enough. A reformation of the UNSC is direly needed - the limitless power of the permanent members has taken its toll. If maintaining international peace is their aim, then there must be a complete change to the system and how it functions. All countries around the world deserve to be respected and the unfair arrangement that was created has been an advantage they have taken from us. The world is made up of over 200 countries, and five do not have the right to make decisions that will affect all of us.