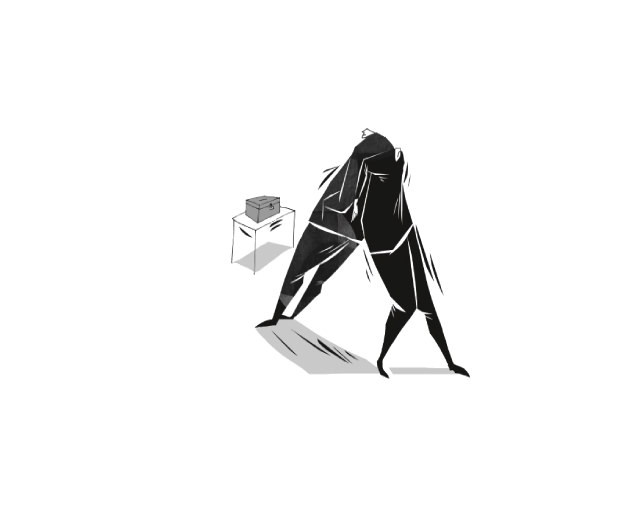 Turkey is getting ready for the June 7 parliamentary elections and all focus seems to be on the portion of the votes the ruling Justice and Development Party (AK Party) will receive, and whether the pro-Kurdish People's Democratic Party (HDP) will pass the 10-percent election threshold needed to enter Parliament. The Republican People's Party (CHP) and Nationalist Movement Party (MHP) are seen as of secondary importance.

After Erdoğan was elected president, Ahmet Davutoğlu was elected as the head of the AK Party and became prime minister. June 7 will be the first election test for Davutoğlu as party leader. Public surveys show the party has the backing of between 43 percent and 47 percent of the electorate, which implies that the government will not be able to change the Constitution alone. However, if the HDP fails to attract more than 10 percent of the electorate, the parliamentary arithmetic will shift in the AK Party's favor. This is exactly why the HDP has become the center of focus of the elections. The anti-AK Party opposition sees the HDP as the only force capable of stopping the AK Party. Some believe that if the HDP succeeds in entering Parliament, the AK Party will be unable to fulfill its pledges to introduce a new constitution and a presidential system.

Secularist-nationalist political parties, leftist groups and the HDP have formed an alliance against the AK Party and Erdoğan as the June 7 elections approach. The opposition appears to have decided to cooperate against the government. However, in order for this alliance to become operational, the HDP needs to pass the 10 percent threshold. The fact that HDP Co-Chair Selahattin Demirtaş received 9.76 percent of the vote in last year's presidential election is the foundation of all the hopes of the opposition. However, Demirtaş received 9.76 percent of the vote in an election where only 72 percent of the electorate voted, which is a comparably low turnout. Turnout is expected to be at least 85 percent for the June 7 elections. This means the HDP needs more votes. In the last two decades, pro-Kurdish political parties have been incrementally increasing their levels of support. This increase, however, is very slow. In the 1990s when the electorate numbered around 35 million to 40 million, pro-Kurdish parties managed to attract at most 2.5 million votes. Between 2005 and 2015 when the electorate grew to around 50 million, pro-Kurdish parties attracted slightly over 3 million votes.

In the March 30 local elections last year, the HDP attracted 3.14 million votes, which corresponded to 6.9 percent of votes cast. The HDP, led by Demirtaş increased, its support to 3.8 million, 9.7 percent, in the presidential election.

In the June 7 elections, 56.6 million people are eligible to vote. In the 2011 parliamentary and 2014 local elections, voter turnout was 85 percent, which is also the level expected on June 7. This means, the HDP needs around 4.6 million votes to pass the 10 percent threshold, an increase of 800,000 votes. The latest public surveys show the HDP is close, but not too close, to the threshold. There are 25 days until the election and the HDP's support stands at 8.1 percent, according to some surveys. There will be no letup in election fever until election day. The party will do its utmost until the last day to ensure it passes the threshold. At the launch of its election campaign, the HDP took a more balanced approach, but now it is leaning toward the Alevi minority. Demirtaş's recent campaign speeches are dotted with secularist slogans to placate Alevis to the detriment of Kurdish support. Demirtaş's pledge to shut down the Presidency of the Religious Affairs and end compulsory religion classes at school may spark a response from the Alevi electorate.

The number of Alevi voters is estimated to be 5 million. Most have tended to vote for the main opposition CHP until now. The HDP's aim is to attract at least 20 percent of the CHP's Alevi voters. The HDP was able to attract a significant number of Alevi supporters from the CHP in the presidential election after the CHP decided to present a Sunni, former Organization of Islamic Cooperation (OIC) president, Ekmeleddin İhsanoğlu, as its joint presidential candidate with the MHP. The presidential election also saw significant numbers of Alevis and non-Kurdish voters opting for the HDP. It appears unrealistic for an even greater shift toward the HDP to take place less than a year after the last election. Surveys show that support for the HDP has balanced out. One also needs to consider that election pledges that attract Alevis tend to alienate conservative Kurds. It would be a surprise for conservative Kurds, who form a significant part of the pro-Kurdish electorate, to back the HDP wholeheartedly.

Another factor making it hard for the HDP to pass the threshold is the HDP's decision to turn its back on the ruling party, with which it had established a working relationship as a result of the reconciliation process, and align itself with anti-reconciliation political parties. The CHP forms one of the poles in this respect, while the Gülen Movement is providing support from the background. The HDP's decision to ally with this anti-reconciliation coalition was viewed unfavorably by the public. The electorate sees the CHP-Gülen alliance as a threat to Turkey's economic and political stability. The HDP's previous proximity to the government had allowed the pro-Kurdish movement to gain legitimacy. However, its decision to enter the elections not as independents, but as a party, coupled with the policy of polarization, is scaring the public. A huge part of the electorate now views the HDP as part of the CHP-Gülen alliance and as a threat to stability.

If the HDP had been able to base its campaign on peace, brotherhood and stability while respecting the reconciliation process, it might have been able to persuade Turkey's west to vote for it too. It needs significant support from Turkey's west to pass the threshold. However, the pro-Kurdish party's aggressive election campaign has pushed the Turkish electorate away.

The AK Party, unlike the HDP and the rest of the opposition, is basing its election campaign on trust and peace. It is attempting to show the electorate that continued economic and political progress depends on the continuation of the AK Party government. I believe this focus on stability is the reason why the AK Party has been able to emerge as a single-party government from all elections held since 2002. The electorate, which is painfully aware of the economic crises and political instability caused by the coalition governments of the 1990s, is tending to follow the same instinct as June 7 approaches. The failure of the HDP to pass the threshold will present the ruling AK Party with the opportunity to reshape the country, an opportunity it intends to fully utilize.