Rohingya Crisis: We Must Act Now! 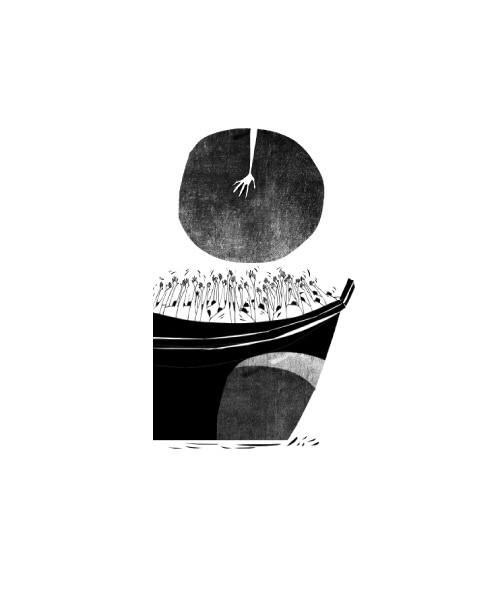 After escaping a government-sponsored slaughter in Myanmar, hundreds of Rohingya Muslims are stuck between the Andaman Sea and Malacca Straits. The international community must take action immediately before another human tragedy occurs in front the whole world's eyes

An even more disheartening catastrophe has been unraveling in the Southeast Asian region while the international community has been concentrated on the plight of refugees imperiling their lives to cross the Mediterranean to Europe. Thousands of individuals, most of whom are Rohingya Muslims escaping government-sponsored persecution in Myanmar, are abandoned at sea, caught between a home country that renounces them citizenship rights and a regional neighborhood apparently apathetic to their adversity.But until tragic photographs came into view this past week, the fright engulfing the Rohingya people had been taking place silently, mostly unreported by the mainstream media and hence overlooked by the world community. Disturbingly, the reaction of neighboring countries from Bangladesh to Indonesia and Malaysia has been: "It's not our problem, it's Myanmar's." Boatloads of suffering migrants have been landing on the shores of several Southeast Asian countries in the past week. However, instead of offering much-needed help to these sufferers, several governments in Southeast Asia have simply sent them back out to international waters. It is reported that as many as 8,000 Rohingyas are currently stranded in the Andaman Sea and Malacca Straits. Such a reaction is quite repugnant and ineffective.

No government in Southeast Asia, as well as in the neighboring Myanmar, should abscond from accountability for this evolving catastrophe. The refugee problem, as well as the oppression that has caused it, are quandaries that require a unified solution by the entire international community. The oppression of the Rohingya community has been going on for decades. Since 1982, these people have been denied citizenship rights and have been perceived as illegal immigrants in their own homeland. Consequently, hatred, torture and killings have become a horrific daily reality for them. They have simply become the most unwanted people on the planet. Nearby countries such as Thailand and Bangladesh do not want the persecuted Rohingyas to settle there either.

In the last three years, around 140,000 Rohingyas have been forced to leave their homes by anti-Muslim brutality. The U.N. has also cautioned that there are currently 40,000 Rohingyas living in appalling camps within several hundred yards of the coast, with monsoon season arriving very soon. These people have severely limited access to shelter, food, water and medical assistance. In spite of the fact that there are many humanitarian agencies that are willing to provide assistance, Myanmar's government frequently prevents them from doing so.

It cannot be ignored that the government of Myanmar has largely failed to put an end to the atrocities and is instead aggressively pursuing more repressive legislation against the Muslim communities. As I reported last year for one of the newspapers in the United Arab Emirates, not only has the army failed to protect the already oppressed minority, it has been associated with the use of torture and rape against these individuals. The army is alleged to have repeatedly forced Muslims, including children, into unpaid jobs, despite the International Labor Organization's repeated condemnations of such acts. It has also been reported that many Rohingya women are forced to work as prostitutes by the security forces.

Neighboring countries have also significantly blundered to mitigate the situation. Earlier this month, a mass grave of trafficked Rohingya was discovered in southern Thailand. This shows the failure of the government in Bangkok to earnestly repel the full-scale trafficking of Rohingya Muslims. Meanwhile, in other countries such as Malaysia and Indonesia, these people have not been welcomed with open arms. Several diplomatic meetings have been held by the Association of Southeast Asian Nations (ASEAN) to work to come up with a regional solution to the worsening situation. However, no solid measure has come from these meetings.

Amid all of this, a lot of the mainstream press has mostly been silent and the international community knows very little, if anything, about the situation. It can no longer be ignored now that the brutal oppression of Rohingya Muslims must end soon. It is more than obvious that these people are in dire need of serious and concrete efforts by both the government in Yangon and the international community to alleviate their deteriorating condition. Countries such as Indonesia, Thailand, Bangladesh and Malaysia must end their rejection of boats with Rohingya migrants and asylum seekers. Instead, these governments should bring them aground and offer desperately needed aid. These countries should grant refugee status to these asylum seekers who are feeling consternations in Rakhine state.More voices must join those speaking out in support of their rights. Simultaneously, the U.N. and other humanitarian organizations must accelerate the delivery of aid to the Rohingya community under oppression across Myanmar as well as those who have become refugees in neighboring countries. It is important to note, however, that ultimately, the real solution to all these catastrophes lies in Myanmar. The international community must be able to pressure the government in Yangon to bring an end to their oppression of Rohingya Muslims. Investigations need to be conducted and those who are responsible have to be brought to justice.

The U.S. must also make it clear that Myanmar cannot do business as usual with Washington as long as it perpetrates crimes against humanity. Early this month, a senior government official from Myanmar, Thura Shwe Mann, was welcomed at the White House. Mann is known to have allied himself with anti-Rohingya positions. Ironically, in a press statement afterward, Washington decided to avoid using the word "Rohingya," seemingly in order not to offend the Myanmar government. We must act now. If we remain silent, all of us will eventually have to pay a heavy price.
Last Update: May 19, 2015 11:18 pm
RELATED TOPICS