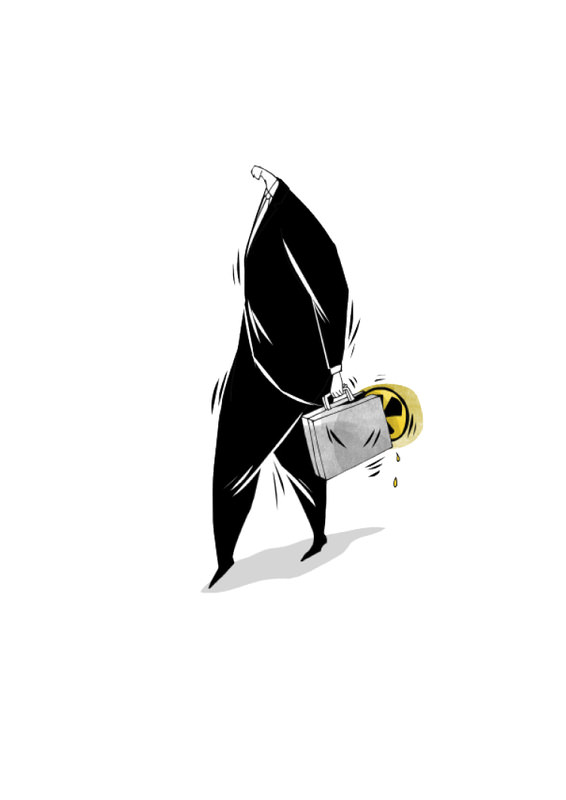 The nuclear deal between Iran and P5+1 countries has a serious potential to normalize Iran's relationship with the West as well as breaking age-old ideological taboos. Turkey's approach toward the deal, however, can be regarded as ‘cautious optimism' in several ways

As the negotiations between Iran and international powers about the solution to Iran's nuclear program enters its last phase, Turkey's reaction to a possible agreement and its repercussions are shaped by cautious optimism. Considering the ambiguity about Iran's regional ambitions and the uncertainty about the effects of a possible treaty on Iran's policies and regional balance of power, it is understandable that Turkey has not taken an early stance while at the same time having a cordial approach to the developments. In general, Turkey is not worried about a treaty that will solve the nuclear issue and strengthen Iran, but is focused on the positive dynamics that it might trigger.

A final agreement after the nuclear negotiations will be a groundbreaking development that will pave the way for radical transformation of the region. In addition, it will also end the longstanding tension in the region, which is the main factor determining the relations between Iran and the West. Since this fault line is one of the most important regional problems that determine power relations and friendship and enmity in Middle Eastern politics, it is highly understandable that a new period of uncertainty will start in the region in the wake of an agreement. Since autumn 2013 when the last round of talks started, many regional actors have sought to comprehend the new situation and adopt their positions in anticipation of an unforeseeable future. While the uncertainty causes worries on the part of some regional actors, the U.S. is aware of the effects of the agreement on the regional balance of power and seeks to prepare regional actors for the new environment as was the case in the latest summit meeting with its allies in the Gulf region.

Iran's choices will be influential in the region's future

The main factor determining the new order in the region after a possible nuclear deal will be Iran's choices. Normalizing relations with the international system after a deal will be an important achievement for Iran. While the lifting of international sanctions that were imposed due to doubts about Iran's nuclear program will bring economic gains, the actual long-term effect will be felt as Iran realizes its economic and political potential more effectively after establishing sustainable relations with the international system. The critical variable here is how Iran will make use of its gains from the deal in terms of its foreign policy agenda.

Currently, doubts about Iran are not limited to its nuclear program. Considering the structural uncertainty about its regional goals, it should not be underestimated that Iran might use the current environment and potential gains from a deal for expansionist goals. Actually, this is the major argument for those critical of the nuclear negotiations. Even if we assume that Iran has regional intentions, it will remain the case that a fast normalization of Iran's relations with other countries is unlikely since many conflict dynamics are present in the region.

Turkey has viewed the negotiations process favorably from its onset and focused on its positive effects on the region. Since Turkey has pursued a policy of facilitation for negotiations between Iran and international powers, its position has an element of continuity. Although Turkey's approach has been criticized for being indifferent by some parties that are worried about the nuclear negotiations, it originates from the "sui generis" characteristics of Turkish-Iranian relations and Turkish foreign policy. The main factor determining Turkey's reaction is that Ankara does not define its relations with Tehran in terms of a vital security threat, unlike the latter's other neighbors. Throughout historical process, as Turkish-Iranian relations were shaped around "sui generis" cooperation and competition dynamics, the two countries have developed a model and pattern of relations in which they can manage mutual threat perceptions and balance of power considerations. In this sense, after a possible nuclear deal, if Iran adopts an aggressive regional stance, Turkey has the skills and wherewithal to manage and balance it. Therefore, it focuses rather on the positive sides of the deal. As a matter of fact, the "sui generis" nature of Turkish-Iranian relations can be clearly observed in President Recep Tayyip Erdoğan's visit to Tehran right after his vocal criticism of Iran's "quest for regional domination," in the context of the developments in Yemen.

Secondly, the neo-liberal vision that Turkey's regional policies are based on is another reason for its future-oriented optimism. Acting in accordance with neo-functionalist reasoning, Turkey has favored regional integration and kept its distance from factors that limit interaction among Middle Eastern countries. That was why Turkey had preferred the solution of the Iranian nuclear issue through dialogue and consensus rather than the method of sanctions that Western countries had relied on. Turkey's current approach, similar to its efforts in the past, relies on the assumption that all actors will win as Iran's interaction with the world will increase after its relations with the international system are normalized. In addition, it is highly likely for Turkey to benefit from this process even if it favors Iran, for Ankara has deepened its economic relations with Tehran despite the limitations caused by sanctions, on the one hand, and domestic pressures in Iran to sustain a closed economy, on the other. Turkey's biggest advantage in the future will be its economic and political systems, which have been transformed as a result of its interaction with the international system.

Lastly, Turkey's distanced engagement with regional crises also suggests that Turkey is not worried about a deal that may strengthen Iran. Even though Turkey has adopted a policy of engagement for the Syrian crisis, far deeper than its past policies, its engagement remains much more limited compared to other regional powers. Unlike other regional actors suffering from their deep involvement in ongoing regional conflicts and domestic crises, Turkey has managed to stay out of the spiral of instability and maintain its own dynamism. Thanks to this policy, Turkey has been able to sustain its bilateral relations with other regional powers, including Iran, despite disagreements on occasional crises, and has asserted itself as a constructive partner with a balancing role. Turkey will continue to act with cautious optimism in the post-nuclear deal Middle East thanks also to its capacity for building multidimensional relations with different regional actors.
RELATED TOPICS