Armenia and Turkey: The clash of two historiographies 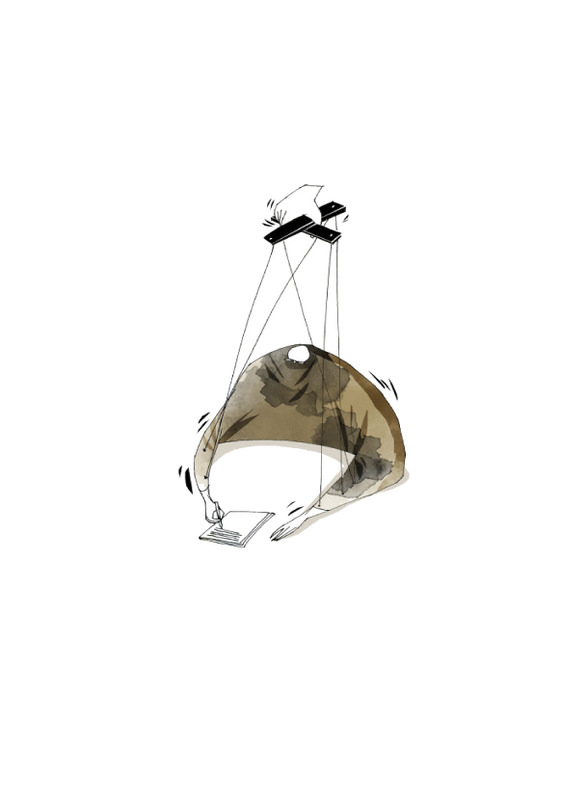 As historians and scholars seeking to lay out the full moral and political case for achieving social justice for the events of 1915, we have the obligation to all parties to pursue this with candor and the utmost sincerity

Thirty-six years ago, as the Khmer Rouge desperately evacuated the Cambodian capital of Phnom Penh ahead of the Vietnamese liberators, prison officials were instructed to destroy the records of the Tuol Sleng secret prison. No outsiders had yet known of the prison, but apparently, in the chaos, Khmer Rouge officials failed to obey the order, deciding instead to execute the remaining captives they held. The evidence of systematic ethnic cleansing soon became clear when the Vietnamese troops discovered - most notably, Ho Van Tay, a Vietnamese combat photographer - tens of thousands of pages of meticulously kept records detailing the executions as well as torture procedures and confessions that had been forced from prisoners. It was incontrovertible evidence that Khmer Rouge officials could not deny as confirmation of their intentional massacres. Archives are among the most potent tools for both politicians and historians. Harvey Kaye, a leading historical sociologist, recalls Nikita Khrushchev, the leader of the Soviet Union during the 1950s and 1960s, who said: "Historians are dangerous people, capable of turning everything topsy-turvy. They have to be watched."

In today's era of high-voltage mass media optics, the recent discourse on the 1915 events in which two-thirds of the Armenian population of the Ottoman Empire were deported or killed, or died of illness, starvation or other causes, underscores the longer term dangers of people forgetting how details, even those that come from dry, difficult-to-comprehend archived sources, matter most critically for applying the lessons of history. The debate between Turkey and Armenia, which includes many others from around the globe either as passive spectators or as active political supporters of one side or the other, does not focus on the facts of what took place, but rather more on how to label and characterize the awful events that occurred a century ago. Armenia insists on characterizing the events as genocide while Turkey vehemently rejects this label.

No question, archival documents are key to piecing together what occurred, why it took place, and how, in this specific instance, did the relocation result in this horrible tragedy. The historical project's purpose goes well beyond resolving disputes about a preferred semantic frame of reference to a terrible historical event. For example, Meline Toumani, an Armenian-American born in Iran whose recently published memoir, "There Was and There Was Not: A Journey Through Hate and Possibility in Turkey, Armenia and Beyond," touches extensively on how the people of both Armenia and Turkey should reconcile themselves to a full chronicling of 1915. She recently wrote in a New York Times op-ed that "in watching the dubious intersection of celebrity worship and genocide commemoration, I couldn't help but reflect on some of the less obvious things Armenians have lost since 1915: not just people and property, but a kind of existential confidence."

Likewise, in examining recent media coverage, the focus insists upon political rhetoric as markers of our understanding, which ends up being no more than a semantic parlor game in which selected terms are characterized either as being inflated or handled with "linguistic light touches." For example, many were disappointed when U.S. President Barack Obama recently referred to 1915 events as the "great atrocities," instead of "genocide," which he spoke of during his 2008 electoral campaign. His predecessor, President George W. Bush, had progressively referenced the Armenian killings as a "horrible tragedy" in 2006, one of the "greatest tragedies of the 20th century" in 2007 and "an epic human tragedy" in 2008. The net effect is distracting for political maneuvering, but hardly illuminating for the good of the citizenry.

Instead of elucidation, there is a good deal of confusion, especially where even the professional scholarly community conflates notions of objectivity and neutrality. One still can conceivably acknowledge and accept the political commitments inherent in the project of writing history, but as Thomas Haskell, the author of the 1998 book "Objectivity Is Not Neutrality: Explanatory Schemes in History," explains, the aim also requires sustaining the highest principles of intellectual pursuit that respect "logical coherence, fidelity to evidence, detachment, candor, honesty, and the like."

Archives should not be used to create ideologically based narratives or to reshape the historical account in order to avenge one group or another. One can read the Armenian narrative as aggressively contextualizing the historical record to transform the image of the "Terrible Turk" into the "Genocidal Turk," which then would be perpetuated. Meanwhile, the Turkish narrative appears as a defensive response, stubbornly refusing to acknowledge the full breadth and depth of the calamity of sufferings the Armenians endured. The complex and complete picture of the 1915 events has yet to be fully developed and detailed. Regarding Armenia, as historians and scholars of 20th century events, we would do well to follow the well-advised principle advanced by Diane Vogt-O'Connor, the senior archivist for regional and affiliated archives at the National Archives and Records Administration, who wrote: "[The archival] record must reflect full diversity and complexity, not an edited compendium that celebrates a specific world view or a single group." This means not only responding to the politically influential Armenian diaspora, but also to a number of other constituencies, notably the Muslims of the Caucasus, who suffered just as terribly throughout the events before and after 1915.

This encompasses the breadth and depth of archives from Turkey, which have not all yet been fully examined; Armenia, which have yet to be released; Russia, which have only been limitedly explored to date, the United States, including documents from the National Archives and the Library of Congress; the Vatican, which only first became publicly available in 2011 as well as other sources. With the extraordinary attention given to these events that happened 100 years ago, clarifying details necessitates plumbing documents and archives that previously had been seldom utilized in Western scholarship. Likewise, the analysis incorporates looking at the magnitude of the conflict that went far beyond the Armenians who were massacred. An estimated 3 million civilians died including 500,000 Muslims who were killed in the Balkans. In addition, 2 million more were deported or forced to leave the region.

There are many pieces yet needed to complete the complex picture of 1915. One example can underscore the precise challenge for historians. In a 2006 Middle East Quarterly journal article, a retired U.S. army officer at International Research Associates strongly recommended scholars study the official 27-volume Turkish military history of the World War I campaigns along with 14 volumes on the 1911 to 1913 Balkan wars and 18 volumes on the 1919 to 1923 Turkish War of Independence. Noting the books have not been commonly sought out by scholars and are only available at a military bookstore in Turkey, Edward Erickson writes that the archives contain painstaking details about which officers and units were deployed along with the time and location.

As to their authenticity, Erickson says: "There is little evidence of a cover-up, especially as these histories are technical, not intended for the public, and predate the scholarly controversy over allegations of Special Organization complicity in Armenian genocide. Importantly, the official histories fully cite archival sources and often reproduce reports and orders." Hence, one now understands why the Khmer Rouge records were so vital in piecing together the case for the genocidal crimes in Cambodia.

Indeed, if the two narratives can ever be reconciled, historians on both sides must first be committed to the objective requirements of "fidelity, honesty, candor, detachment and coherence" to archival evidence. However, they also must commit themselves to a richly detailed, non-accusatory historiography that arises from considering the archives of the Ottoman state, Russia, the Armenian Revolutionary Federation in Armenia, and those of major European powers with equal force of intellectual inquiry and investigation. If there is to be a genuinely peaceful outcome about reconciling the historical gaps in this debate, historians will need to rise above the interests of specific lobbies who seek to drive one narrative or another.

The recent experience of South Africa is relevant and instructive. As Verne Harris, archivist for Nelson Mandela's papers as head of the memory program at the Nelson Mandela Foundation's Centre of Memory and Dialogue, has written, the former apartheid regime controlled records among its broadest manifestations of its state power, "generat[ing] huge information resources, which it secreted jealously from public view. It routinely destroyed public records in order to keep certain processes secret." As it has made its transition to democratic rule, South Africa established a truth commission to uncover these records. Likewise, records held by the U.S. National Archives and Records Administration were instrumental in making reparations and restoring many of the billions of dollars in assets to the victims of the Holocaust and Nazi persecution.

There are dangers in overemphasizing the value of politically committed scholarship so much as it serves to potentially erase the most instructive episodes of our history. While Pope Francis characterized the Armenian massacres as the 20th century's first genocide, few cared to correct the claim. In a column in The Guardian, David Olusoga, who co-authored a book "The Kaiser's Holocaust: Germany's Forgotten Genocide" about Germany's role in the "forgotten genocide" that took place in Namibia during the earliest years of the 20th century, said both today's Germans and residents in Namibia are keenly aware of the systematic extermination of the Herero and Nama peoples, which was the work of German soldiers and colonial administrators. Regarding the word "forgotten," Olusoga wrote: "That phrase is now past its sell-by date, everywhere, it seems, other than in the Vatican."

As historians and scholars seeking to lay out the full moral and political case for achieving social justice in the events of 1915, we have the obligation to all parties to pursue this with candor and the utmost sincerity. It starts by putting forth our best dispassionate intellectual values ahead of everything else. Only then can we make the right distinction between self-serving propaganda and realistic, accurate politically committed scholarship that rightfully honors and restores the memory of all the victims in one of the most calamitous periods in the 20th century's global history, not only for Armenians, but also for the millions of others whose lives were ended or uprooted in a conflict where there were no clean hands.