Do orientalists dream of electric Arabs? 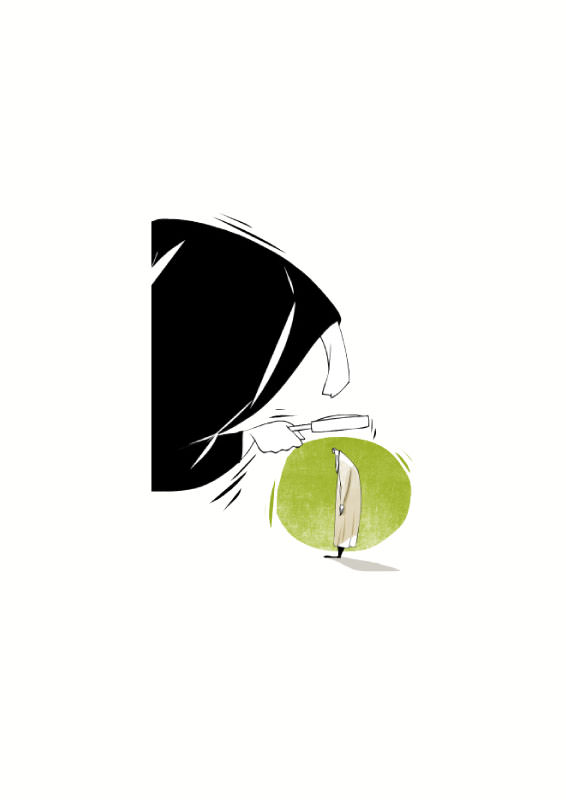 Orientalism has been regarded as a profession especially by the Colonialist mind for years as Edward Said noted. Today, however, Orientalism offers vibrant scholarly perspectives on the cultural heritage of the Arab world

The way we talk about orientalists, presuming them to be heartless never-do-good agents of imperialism since Edward Said's 1978 "Orientalism," often reminds me of Philip K. Dick's 1982 novel "Do Androids Dream of Electric Sheep?" in which the reader is led to question to what extent robots can assume human qualities. They breathe like us, talk like us, walk about like us, but are they human? The last fort of humanity is its consciousness and conscience. Can androids have a consciousness? Can an orientalist have a conscience? Whether orientalists have hearts, and can be seen as anything other than armchair and/or archival commentators who have yet to speak to an Arab in the flesh or cultural appropriators who use Arab dreams for their own ends was discussed in a couple of conferences I attended recently. First was what I shall call the orientalist synod held at All Souls College, Oxford, a college name that elicits sighs even in that city where green quads and spires are people's everyday reality.

Translators and Arabists had gathered to inform the not-so-general public about a new series of translations in parallel text that New York University (NYU) Abu Dhabi has commissioned. The launch was cleverly titled "A Corpus Not a Cannon" to prevent endless discussions of why Text A and not Text B is considered "cannon fodder." Among the presenters was Robert Irwin, the famous Said detractor, whose book I assign to my students after we have discussed "Orientalism." There was no mention of another famous orientalist who has made it on to my syllabus, and who had stayed for quite a while in the college we had assembled in – T. E. Lawrence – a rather large elephant in the room. And we know the kind of swashbuckling romantic Arabs that he dreamt of and claims to have conjured into being. In his stead, perhaps, another orientalist was mentioned as having been caught in a conflict zone somewhere in Arabia and therefore not able to attend the synod. Another prominent one, when he stood up to speak about the editorial decisions concerning the translation series, started with: "I have spent the last 40 years of my life feeling guilty. Yes, I am an orientalist, by virtue of my birth." His European background, he feared and resented, made his work the work of "an orientalist," and therefore of dubious ideological provenance. When he talked about his work, it was clear he was passionate about it, and in his words he and those gathered in the room "eat and drink and breathe this stuff." Well, fair point.

Another doyen of Arabic studies, Humphrey Davies, introduced "Leg over Leg" by Ahmad Faris al-Shidyaq, the book he translated for the series. Shidyaq is a figure associated very much with the Nahda, what one may call the "Arab Tanzimat," about the adventures of a character called Fariyaq, complete with linguistic and historical diversions. Davies revealed one of the inner workings of orientalist scholarship attested to by both Said and Irwin – so it must be true – when he described the method he used to translate the very many descriptions of the female form in Arabic, all to do with various body parts. Where the English language failed to provide synonyms for the multifariousness of the Arabic, Davies used easily Anglicized Latin words and verbs to make up neologisms to correspond to the Arabic. Readers of Lawrence's "Seven Pillars of Wisdom" will know that Lawrence himself uses Greek to speak of the vastness, shapes and colors of the desert either because the desert offered a grandness he found difficult to express in English or because he wanted to prove his credentials of possessing all the ancient language knowledge there is to be known.

Both Said and Irwin, who are very well acquainted with Lawrence's work, suggest that the rise of oriental studies is closely linked with the fact that there were already too many Classicists, and "oriental languages" was another field where men could gain scholarly capital of understanding an ancient' language. And indeed, this meant that many scholars trained in the Classics switched to Arabic in later years to be able to claim a space in academia, and such can often be the case today. There is, of course, much more to be said about the symbiosis of Arabic and Greek and Latin, how translations between them helped the survival of texts. I was made aware of the parity of Arabic and Latin when, as a language requirement, Heidelberg University was happy to accept my puny Arabic skills instead of the Latin proficiency doctoral students had to prove – a requirement that has since been lifted. Back at All Souls, the orientalists proved almost as generous as their Arab subjects and we were treated to lunch and tea – they eat and drink like us, and, you know it is difficult to think ill of people once you have broken bread with them – during which I was asked whether in Istanbul orientalism was still synonymous with evil white colonialist men. I said yes, pretty much, in response to which my rather wistful orientalist could only wince.

It turns out I was telling only a half truth. After I came back to Istanbul, I attended yet another conference, on post-colonialism this time, and as these things go, we ended up talking much about orientalism. One of the presenters on the day that had been reserved for presentations in Turkish, spoke with which endearing mixture of Ottoman and French, very much like a Tanzimat intellectual. His talk was entitled "Scholarly Orientalism," in which he practically introduced us to the Valhalla of oriental studies: European figures, he said, who were truly interested in scholarship, figures who have facilitated our own research into Islamic and Arabic heritage. He seemed to have no qualms about saying "rahimahullah" (may God have mercy on him) for the orientalist scholars who had passed away, and even boasted of "having kissed the hand" – a Turkish show of respect – of a certain scholar who had taught him many things. Here was a man whose life's work proved that he cared for the Islamic and Arab world and who saw European orientalists, Arabists in particular, as mentors and colleagues rather than evil figures to be reckoned with. Some orientalists will keep on dreaming of that one taxi driver that will lead them on to hidden truths and others will try to read whole nations through their social media use. Orientalists, Muslims – yes, of course the two are not mutually exclusive – and Arabs themselves all dream of Arabs as they would have them be. Seek, and thou shalt find, one true orientalist who is in it for the thrill of discovery and for passing on the heritage of the world to generations to come.
Last Update: Jun 29, 2015 10:01 pm
RELATED TOPICS