Moving beyond the dynamic stalemate in Syria 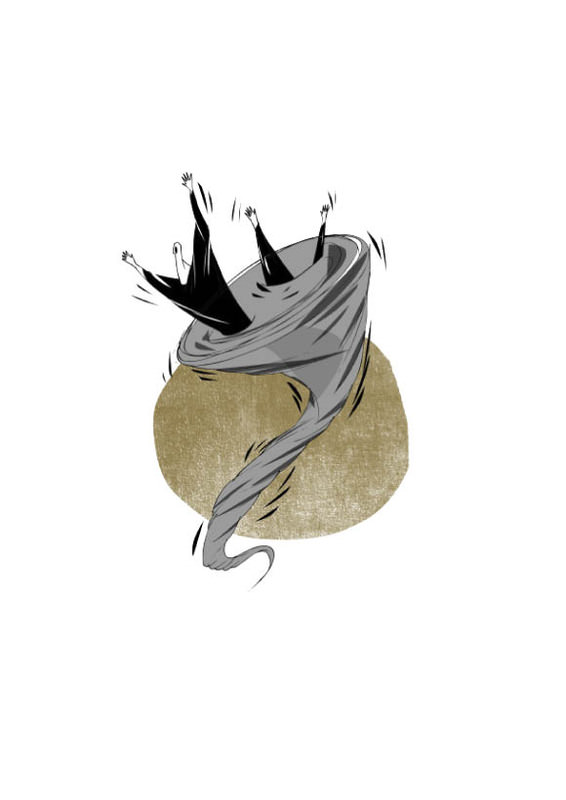 A strategy that focuses on political transition and military support of the opposition forces fighting the Assad regime is crucial for a political solution in Syria. But, regional and global actors have failed to design and execute such strategy

In the initial phases of the Syrian war defections from the regime and the growing power of the opposition shaped the broad parameters of the crisis. Over time, that momentum was gradually reversed by the regime, which managed to maintain its grip on a portion of the country, especially city centers. The critical factor behind this development was the foreign supporters of the Syrian President Bashar Assad's regime, which shifted the balance in favor of the regime through material, military and personnel assistance, which helped the regime maintain basic state functions and protected it from foreign intervention. Another factor that is equally important has been the disagreements among foreign actors supporting the opposition, which has been reflected on the battlefield. The opposition's divisions raised doubts among international actors, undercutting their potential support. The status quo came to be evaluated as the lesser evil since the fears about the undesirable opposition groups achieving control of Syria's future became more visible with the situation on the ground was characterized by unfavorable conditions. As a result of international actors' ambivalence, the Assad regime has gotten away with noncompliance with peace agreements and its breach of international norms. Moreover, the foreign backers of the regime were encouraged since the support to the opposition could not reach the critical mass to change the balance on the battlefield.

The problems of the oppositionEventually, the battlefield came to be defined by a stalemate while the protracted conflict deepened the destruction in all aspects. Moreover, the inaction of the West caused by its fear of the future has been counterproductive. Rather than preventing radicalization on the ground, it led to the emergence of undesirable conditions in a more dangerous fashion. As the conflict radicalized, the Assad regime benefited from the situation at the expense of the opposition, which in turn led to extremist groups gaining ground against the moderate opposition, capitalizing on the latter's deep structural problems. In this vicious circle, several assumptions fed the West's unwillingness to support the opposition, which eventually emboldened the deadlock on the battlefield - assumptions that a military solution to the conflict is unlikely, that potential cooperation with the Assad regime against extremist groups might prove useful or that the priority should be placed on the struggle against extremists instead of the regime.

The international coalition against the Islamic State of Iraq and al-Sham (ISIS) led by the U.S., which was formed only after ISIS advanced in Iraq, adopted a strategy whereby Iraq came to be defined as the main battlefront and Syria as the secondary front. This strategy clearly revealed the extent that the Syrian crisis was being ignored. The unwillingness to explore different forms of military intervention in the conflict has obstructed diplomatic efforts. Lacking a credible threat of force, many initiatives were stillborn. In this atmosphere, supporters of the Assad regime purposely made use of the inconclusive initiatives such as the U.N. special envoy for Syria, Staffan de Mistura's local free, Geneva talks, Moscow talks or the Cairo Process. The Syrian conflict came to be treated as a test-ground for different proposals with the effect of deepening political deadlock and prolonging the crisis. Throughout the Syrian crisis, one main cause of the current deadlock has been the lack of coercive diplomatic instruments as was reflected in the non-implementation of the Geneva Communique of 2012. Simply put, the fears of an unwanted future obstructed taking initiatives at the time.

The overall situation in Syria can be defined as a dynamic stalemate rather than a total deadlock. Most assessments by foreign actors focus on the regime's ability to survive. Nevertheless, what is overlooked is at what domestic and external costs the regime managed to survive and, more importantly, to what extent the regime has been exhausted. As the recent developments on different fronts show, the regime has exhausted itself to the fullest extent and its future has become dependent on its foreign backers more than ever. Again, as the latest developments have clearly shown, external support to tilt the balance in favor of the opposition will directly affect the military reality on the ground. This dynamic character of the deadlock is the key to the solution of the conflict. Currently, although military means are being used in Syria in by the coalition against ISIS, Western countries still harbor deep fears about coercive instruments, which shape their policies and hinder the success of the coalition. The ISIS advance in both Iraq and Syria and its ongoing military capability show that the coalition's strategy of prioritizing the fight against ISIS is hardly working. Naturally, one of the most important weaknesses of the coalition was that no effective military force existed on the ground despite the challenge presented. Nevertheless, the military weakness of opposition forces is not the only cause of the anti-ISIS coalition's failure. The coalition's approach must be re-evaluated within a new conceptual understanding. In this sense, the observations below may play a role in overcoming the stalemate.

Firstly, the Syrian crisis is essentially a political one, and any initiative that does not have an integrated framework that addresses the issue of political transition is bound to fail. Even though one may appreciate that the Western approach to Syria focuses on extremist groups and foreign terrorist fighters, it is a grave mistake that its policies are reduced to fighting ISIS. The faulty logic behind the Western approach is clearly revealed when the dynamics behind the ISIS advance and its relation to the Assad regime are taken into consideration.

Secondly, a strategy that focuses on political transition and military support of the opposition forces fighting the Assad regime is crucial for a political solution in Syria. The call for a simultaneous fight against both Assad and ISIS is not an ideological obsession, but a military and political necessity. Since the regime has exhausted itself and barely survives on foreign support, there has to be serious effort to consider potential implications of the regime's sudden collapse and its consequences. In this sense, strengthening the moderate opposition and paving the way for a smooth transition are necessary to prevent extremists, most notably ISIS, from filling the void in case of the regime's sudden collapse. Thirdly, overcoming fears of the future, which so far have worsened the crisis and led to the stalemate, requires making difficult choices that have been postponed for a long time. Besides providing extensive support to the opposition, a no-fly and buffer zone are inevitable measures. These measures, on the one hand, will shift the balance in favor of the opposition. On the other hand, they will provide the opposition with the opportunity and territory to gain administrative experience and overcome the divisions among themselves. These steps are crucial not only for helping the opposition against the Assad regime, but also for reinforcing their key role in the fight against ISIS.

Lastly, even though the Syrian crisis cannot be solved by military means alone, the use of military instruments with the purpose of coercive diplomacy cannot be overlooked. To activate the dynamics mentioned above, we need to move beyond the dynamic stalemate in Syria, which is only possible through targeted interventions from outside that will tilt the balance on the battlefield. As it was clearly seen so far, the regime and its backers will not opt for a negotiated solution unless they feel a substantial pressure. The only factor that will convince the regime for a transition along the Geneva I Agreement is a new dynamism that will be injected into the military balance on the battlefield. Despite foreign actors' doubts, the dynamism of the battlefield has been demonstrated once again by the latest developments, which needs to be further capitalized.
Last Update: Jul 03, 2015 11:05 pm
RELATED TOPICS