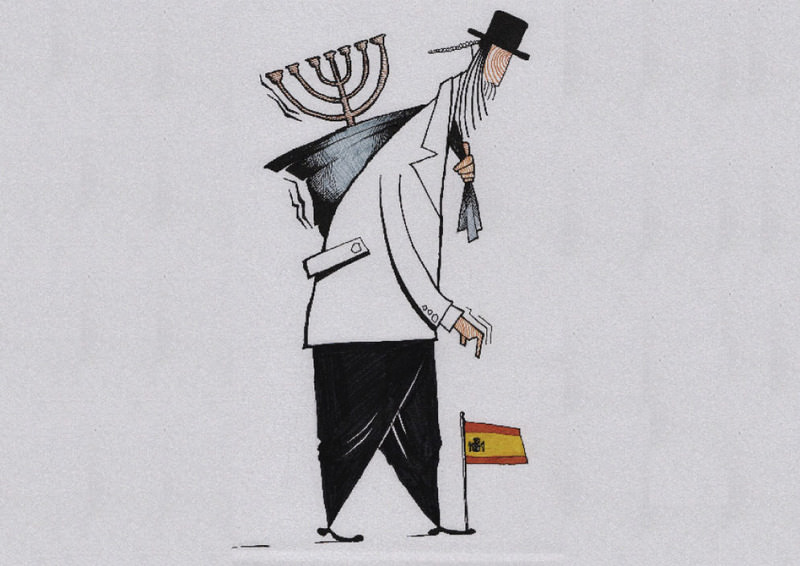 The Spanish government, belatedly coming to grips with the historic mistake of forcing the Jews out of the country, is now trying to apologize through granting them citizenship

For quite some time, people had been talking about the Spanish government's plans to grant citizenship to Sephardic Jews, a religious minority forced out of the Iberian Peninsula several centuries ago. Considering that the Jewish community faced persecution for refusing to become Christians, it would be more accurate to use the term "readmission."

While some Jews converted to Christianity in the late 15th century, others sought refuge in Portugal, to no avail. Within the next couple of years, the Portuguese asked the newly resettled Jewish community to convert or leave. Things did not work out great for the converts either, as various groups regularly accused them of secretly practicing Judaism to deny them the opportunity to properly integrate into Spanish society. Facing immense pressure at home, many Jews opted to live elsewhere. Thus, Spain's Jewish community spread across the world.

According to legend, Sultan Bayezid II was shocked to find out what the Spaniards were doing. "How could anyone suggest that King Ferdinand is a wise ruler? He has impoverished his own country while enriching mine," the Ottoman emperor allegedly remarked.

Thus, approximately half of the 300,000 Jewish exiles relocated to the Ottoman Empire. Although they were stripped of their property and wealth, the newcomers brought knowledge, culture and experience to the country. Armed weapons, the printing press and modern medicine were among the things that Jewish immigrants offered to the Ottomans. It was around the same time that the community came to be known as Sephardic Jews, after the Hebrew word for Spain, "Sepharad."

On Nov. 22, 2012, Spanish authorities announced that they would "pass legislation to make approximately three million descendants of Spain's exiled Jews eligible for Spanish citizenship." The news was met with great enthusiasm and excitement, as it represented an apology by the Spanish government and an effort to right a historic mistake. Around the same time, the Portuguese government reached a similar decision around the same time.

Before long, the bureaucracy got involved in the affair, and the process gradually slowed down. The world had started to sing the praises of Spain, yet the lives of Sephardic Jews remained unchanged. For months, they followed news of the government drafting a proposal and the cabinet debating the issue. Finally, the Spanish parliament passed the bill in June. Starting in October, the Spanish authorities will process applications of Sephardic Jews. Applications will close in three years.

It is important to note that Sephardic Jews have been eligible for Spanish citizenship all along. What the most recent bill accomplished, however, has been to allow applicants to have dual citizenship and continue residing outside the country, which is great.

There are, however, certain problems with the eligibility criteria set forth by the Spanish authorities. Although Justice Minister Rafael Catala and Minister of Foreign Affairs Jose Manuel Garcia-Margallo y Marfil proudly announced that the country was "opening its doors to the descendants of unjustly exiled Jews," Spain expects quite a lot from the Sephardim. To be fair, it seems reasonable for the government to ask applicants to trace their lineage back to Spain. Expecting applicants to be proficient in Spanish and demonstrate cultural competence, however, is clearly problematic.

When the Sephardim left Spain back in 1492, they spoke Spanish. Although less popular than before, the language remained intact for more than five centuries. Understandably enough, the language constantly changed with new additions from Italian, French and Turkish among other languages. Meanwhile, the Spanish language itself underwent a process of change. Thus, we ended up with the two similar yet distinct languages: modern Spanish and Judeo-Spanish, which is also called Ladino.

If one were to communicate with Spaniards in Ladino today, they would probably ask how the stranger could be proficient in an ancient form of their language reminiscent of the works of Miguel de Cervantes. To put things in perspective, imagine randomly meeting someone who acts like it's the16th century! In this sense, there is no point in asking the descendants of Sephardic Jews to take a proficiency test, which effectively requires them to learn a new language.

The Spanish government, furthermore, demands that applicants demonstrate their familiarity with the country's culture. In previous years, people were asked a number of questions, including when Madrid had become the capital of Spain and how to make Paella Valenciana. I do not know how many Spaniards could answer such questions correctly, but individuals residing outside the country clearly cannot know the answers. The question is whether the authorities may reasonably expect descendants of Jewish exiles to know every little thing about contemporary Spanish culture and history. If the legislation aims to right a historic wrong, there should be no examination whatsoever.

Here is a quick note about recent stories about Turkey's Jewish community: It is true that many Sephardic Jews will apply for Spanish citizenship in order to enjoy the benefits of EU citizenship including visa-free travel, but the Jewish community is not leaving Turkey. Likewise, anti-Semitism and financial difficulties may have caused some members of the community to relocate, but they did not move to Spain or Portugal, where people are grappling with economic challenges themselves.

The Spanish government's overdue invitation to the descendants of Sephardic Jews, who have carried a piece of Iberia in their hearts for centuries, would have been a genuine, heartfelt apology had there been no strings attached.