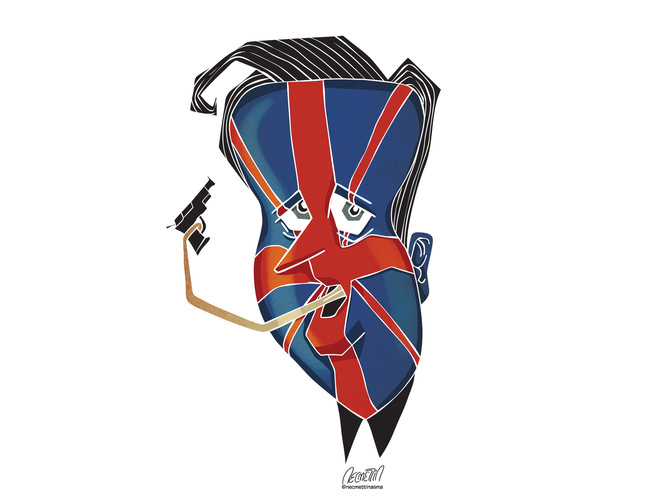 The term "winning hearts and minds" is often embedded in the discussions, conversations and policies of nations and states surrounding diplomacy, community cohesion and mutual understanding and respect. It helps in creating a sense of belonging, loyalty and confidence in citizenship, upholding respective rights, laws, duties and responsibilities. However, the truth (or lack thereof) is far from reality, particularly for British Muslims. Prime Minister David Cameron's latest speech in Birmingham on counter-terrorism, extremism and radicalization was met with much dissatisfaction, contempt and frustration from the British Muslim community. In an attempt to win hearts and minds, the British government is losing hastily.

Countless numbers of articles, commentaries, interviews and debates have since ensued on social media critiquing the government's policies and selective rhetoric for scapegoating and anathematizing Muslims, proving the British government's Prevent strategy is all but faltering, detrimental, and ineffective, out of touch and disengaged with local communities, creating a more divisive, despondent and discordant society. This is very important and pertinent to the discussion of integration, as these concerns are coming from the very community Cameron and his cabinet must reach out to. Time and time again we have seen lamentable opportunities presented to the government, which has failed to engage with local communities and pay attention to the voices and concerns of grassroots projects and organizations. Perhaps it is the very politicians, policy-makers, members of parliament and respective ministers who are out of touch with British public life and have not integrated into British Muslim communities?

In the words of Dr. Martin Luther King Jr. shortly before his assassination, when he expressed grave concern for the struggle for integration through the Civil Rights Movement, "We have fought hard and long for integration, as I believe we should have, and I know that we will win. But I have come to believe we're integrating into a burning house. I'm afraid that America may be losing what moral vision she may have had. I'm afraid that even as we integrate, we are walking into a place that does not understand that this nation needs to be deeply concerned with the plight of the poor and disenfranchised." The sentiments of Dr. King could be used to describe Britain today. The British government needs to positively connect, support, interact and communicate directly with grassroots communities, the disabled, the poor, the youth and the disengaged. At a time we are witnessing one of the biggest welfare cuts made in Britain, driving the poorest families further into poverty, coupled with an increase in Islamophobia, anti-Islam hate speech, and British Muslims facing the worst job discrimination of any minority group, all point towards the government's inability to be deeply concerned and conscientious of these respective communities. It is not too late to save the house from burning, but Britain must reconcile itself with a moral vision and ethical domestic/foreign policy.

"How shall men love their country?" Swiss philosopher Rousseau once asked, "if it is nothing more for them than for strangers, and bestows on them only that which it can refuse to none?" Britain must celebrate the fact 95 percent of U.K. Muslims feel a loyalty to the nation. Despite this, Cameron continues to problematize the integration of Muslims in Britain - who are in fact the most loyal to the nation and express a stronger sense of belonging in Britain than any other group. Britain must acknowledge the fact that Muslim citizens are part of a pluralistic society and are part of the future of the country - not perceived as a problem or impediment to integration by counter-terrorism policies. Cameron needs only to reflect on his own thoughts, "Asian families and communities are incredibly strong and cohesive, and have a sense of civic responsibility which puts the rest of us to shame. Not for the first time, I found myself thinking that it is mainstream Britain which needs to integrate more with the British Asian way of life, not the other way around."

The aims of winning the support of a nation, of a people, of a community through the means of mutual exchange, consultation, engagement and dialogue has never been more apparent. In order to achieve the end of winning hearts and minds, the means must not adopt one of fear, enmity and discord, but rather be met with diplomatic, gracious and conciliatory action and understanding of the other. The current strategy adopted by the government is simply losing the hearts and minds of British Muslims - "If we want to remind ourselves of British values - hospitality, tolerance and generosity to name just three - there are plenty of British Muslims ready to show us what those things really mean." Those were the words of David Cameron. A leader who proves he is as out of touch with the Muslim community today as he is with the very words he expressed in 2007.

Share on Facebook Share on Twitter
Previous in Op-Ed After 13 years of single-party governments, Turkish politics is in... Next in Op-Ed Women have been traveling for centuries although the memoirs of female...
DAILY SABAH RECOMMENDS