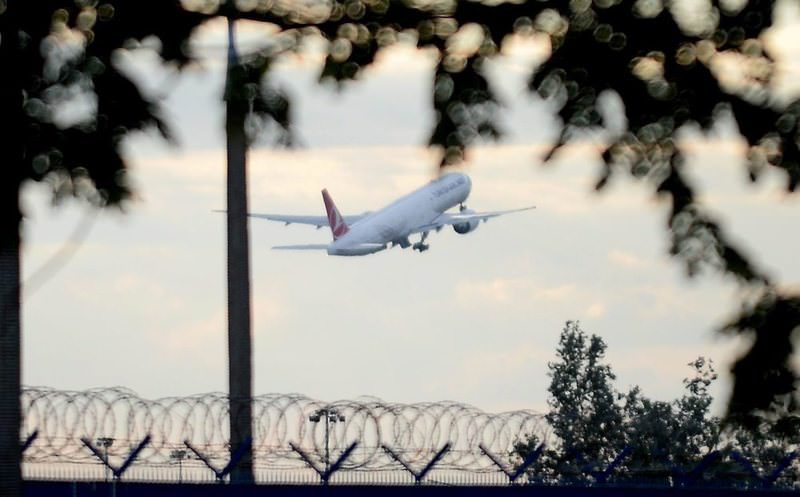 That the HDP is acting merely as an extension of the Kurdish terrorist PKK organization, hampers the AK Party's efforts for the peace process

Having recently spent 10 days in Turkey, I had the chance to observe the Turkish democratic experience and I remembered The New York Times' editorial last month, "Democracy Wins in Turkey," written after the general election in Turkey on June 7. I would say I only agree with the title, if not the content, still I credit the title as I had the chance to see the democratic environment in Turkey. First and foremost, the people's choice most certainly did win, and upon closer examination of the results and the deeper meaning behind it, I am certain we can find much with which to discredit the politicized mainstream media.

For years now, I have been hearing about how President Recep Tayyip Erdoğan is a dictator, how he is increasingly authoritarian and how he is dragging Turkey into an abyss. We have all heard the examples of how he is increasingly Islamizing Turkey, which, let us not forget, are a largely Muslim country with a significant conservative population. Who remembers the furor over the consumption of alcohol in public places being banned in certain areas? Not one critic, domestic or abroad, pointed out that there were similar laws in place in the U.S., Canada and Australia. That is part of the fascination of the phenomenon of Erdoğan-bashing. If Erdoğan or the Justice and Development Party (AK Party) says or does something, even if that something is extant in the United States and other shrines of democracy, then it is perfectly fine to criticize it as an infringement of freedoms, liberty and society.

Who also remembers how much Erdoğan and the AK Party were lambasted over freedom of the press and freedom of expression? If one was to believe the mainstream media, one would think that Turkey is the only place in the world where journalists have a hard time. The Western world barely made a whisper beyond a few impotent squeaks from the corners of their palaces of hypocrisy about the Al-Jazeera journalists detained in Egypt, and they simply had nothing to say about those who are murdered in Iraq for exposing the savage brutality of the Iraqi government that rivals anything the Islamic State of Iraq and al-Sham (ISIS) can muster. Why the silence, o self-righteous West? Is it because your allies and partners in crime and injustice are the ones who are under the spotlight for a change? Spare us your hypocrisy, especially since you have gone out of your way to persecute Edward Snowden simply for revealing how you spy on your own people and the world, and completely lack transparency and respect for those who elected you.

Undeniable reality of Islam in Europe

Now let us compare how visitors are treated. On my way back from Turkey, I was, unsurprisingly, racially and culturally profiled and held at Heathrow Airport. The excuse that the border police officer gave me was that it was because I had come from Turkey, which had now become a hub "for all sorts of bad people," and that I used Turkish Airlines, which is suspicious because "they fly places no one else does." Based on these two criteria, I bemusedly asked him why all the other white people who had clearly just come from Turkey and were also on the same Turkish Airlines flight as me were allowed to just stroll on by. I was swiftly told not to "get cocky" with the police officer, whatever that even means.

Eventually I was allowed to go, but not before I said that, barring a few exceptions, I had only ever been received warmly in Turkey, and had never been made to feel that I was unwelcome or a threat merely because I was a practicing Muslim. In the United Kingdom, I have frequently been insulted and assaulted, verbally and physically, just because I am a Muslim and I am regularly made to feel that I am some kind of threat and discriminated against. This can be easily evidenced by the speeches of certain political leaders as well as the fact that The Independent reported on Nov. 30, 2014 that Muslim men are 76 percent less likely to get a job than their similarly qualified non-Muslim counterparts. This is not a generalization of British people, many of whom are appalled by what is happening to their country, but it is an undeniable reality of how unwelcoming any kind of "other" British politics is becoming. It is quite opposite to the Turkish state of affairs under the AK Party, which tried to be as inclusive of everyone as possible, bringing economic prosperity across the board, improving education and health standards and creating opportunities for peace between Turks and Kurds that no other party had done before.

Rather than be fair to the AK Party by praising its accomplishments while legitimately and constructively criticizing its faults, the mainstream media, particularly in the West, seems to be bent on demonizing the party and particularly Erdoğan. They have been touting the latest election results as a rebuke to his supposed ambitions of greater authoritarian rule and dictatorship, and they have been celebrating the so-called champions of democracy, the Peoples' Democratic Party (HDP). It is amusing that they skim over the fact that the HDP is merely an extension of the Kurdish terrorist PKK organization, which has the blood of thousands of innocent Turks and Kurds on its hands. It is even more amusing that they have so little respect for their audience that they fail to provide them with the fact that the first steps toward trying to find a political rather than military solution to the Kurdish issue in Turkey was none other than AK Party and Erdoğan.

If Erdoğan is a dictator, then I wish all dictatorships were like this. After all, what kind of dictator allows those who oppose him to reduce his overall majority and control of Parliament? What kind of dictator allows his ambitions and plans to be thrown into disarray by a bunch of upstarts? Finally, what kind of dictator allows for democratic elections to be held and feels the need to campaign in the first place? The fact of the matter is that if the last election showed anything, it showed the lies and deceit of many political parties and media organizations that like to paint the AK Party government as dictatorial, and Erdoğan in particular as a tyrant. If they had any shame whatsoever they would at least acknowledge that the AK Party did nothing but allow free and fair elections to express the people's choice, and Erdoğan is now trying to play a key role in establishing a coalition government. How very dictatorial of him.
Last Update: Aug 03, 2015 1:29 am
RELATED TOPICS