Turkey's importance is being rediscovered 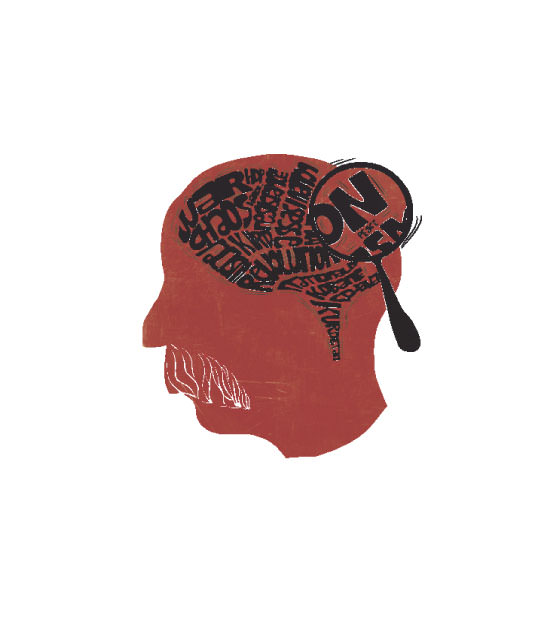 A crucial mistake was made when forming Turkey's founding principles -the attempt to create a homogenous society. Independence wars waged across Ottoman provinces during the empire's era of decline, and most importantly, the Albanians engaging in secessionist activities, the Armenian issue and finally the Balkan Wars caused the Ottoman Empire to be confined to Anatolia and Thrace. This, in turn, triggered a sense of panic among the Young Turks.

The Committee of Union and Progress (CUP), the Turkish element of the alliance that toppled Sultan Abdülhamid II in 1908 promising liberty, equality and justice for all identities, entered World War I on Germany's side because of its dream to recover territorial losses and to bring in a new era of expansion. Enver Pasha, who thought he could achieve this with the help of German heavy industry and weapons, was only 32 years old.

During these upheavals, the Unionist trio of Enver Pasha, Cemal Pasha and Talat Pasha - the three pashas - also wanted to resolve the issue of the Turkification of Anatolia. An ethnic cleansing operation conducted against Armenians, Greeks and Assyrians that commenced in the Aegean region in 1914 and spread to the entire of Anatolia in 1915 stemmed basically from this faulty diagnosis and fear.

When the Unionists fled the country following the war, a group led by Mustafa Kemal - whom we call a second-tier Unionists - took the helm of the independence war while ensuring the Russian Empire's support as well. Kemal had not been involved in the deportation of Armenians and even condemned it. He was more rational than Enver and Talat. But the principles of the Turkey he founded in 1924 after consolidating his power bore no relation to the ethnic diversity in the country.

Indeed, the state defined by the Republic of Turkey was based on a kind of social engineering that was alien to indigenous peoples separating them from their roots, languages and traditions, and at the same time resorting to violent practices in the face of resistance.

Minorities had ceased to be a problem because the ratio of the non-Muslim population, which had been around 40 percent before World War I, declined to less than 1 percent. And those remaining were forced to emigrate over time through the practices of that era's Republican People's Party (CHP) one-party rule. This ratio is currently below 0.02 percent in Turkey. And it was secularist-Kemalist discriminatory political engineering, not Muslims, who were responsible for it.

The last problematic group waiting to be Turkified was the Kurds. Kurds being Muslim led to a false belief that their assimilation would be easier. Devout Turks and Kurds would melt in the pot of secularization and become adherents of a hollowed-out Islam turned into a cultural element.

But this did not happen. With the centenary of the Republic approaching, in addition to the 25 percent CHP base that is a product of Kemalist social engineering, there is also a sizable population of devout people - though influenced by that project to some extent - and a significant Kurdish population. The violence inflicted by the state on these people has served as an incubator that kept these identities alive. If Turkey had managed to become a democratic state after World War II and had embraced its citizens regardless of their identities and beliefs, the Kurdish, Armenian, Alevi and Roma issues, on which the Justice and Development Party (AK Party) has spent a large part of its energy, would have been already resolved.

The democratization steps taken by President Recep Tayyip Erdoğan and AK Party since Nov. 3, 2002 have changed and transformed the state, which is the root cause of the problem. But residues of the past continue to create problems.

The most important of these problems is the PKK and its violence. Founded as a reaction to the old Turkey during the last years of the Cold War, this organization could not adapt itself to the AK Party's vision of democratization and New Turkey. What is worse, its political arm, the Peoples' Democratic Party (HDP), which received huge support from the ruling party and society and which saw obstacles in its way removed and suitable conditions created, could not distance itself from violent practices and played a negative role at times that overshadowed even the PKK. Especially the two co-chairs of the HDP, Selahattin Demirtaş and Figen Yüksekdağ, have adopted an attitude that tended to violence and rendered their presence useless. On Oct. 6-8, 2014, people were called to take to the streets using the Islamic State of Iraq and al-Sham (ISIS) attack on Kobani as a reason. As a result, 53 Kurdish citizens were killed. However, Kobani was saved after Turkey allowed heavily-armed peshmerga forces from Iraqi Kurdistan to cross from Turkey into Kobani in Syria.

After the June 7 elections, it was hoped that the HDP, which garnered 13 percent of the vote, would use the means of civilian politics to the full extent. But I did not think so. The support given to the HDP, both within and outside Turkey, to enable it to pass the 10 percent national election threshold was actually meant to reduce the AK Party's power. And I do not think this is a problem in itself. But the HDP's practices and discourse, which are in line with the PKK and its violence, were white-washed and justified by Gülenists and the Doğan Media Group and hidden from society. Demirtaş's eclectic, opportunist and smooth-tongued strategy was portrayed as democratic. This suggested a hidden agenda. But the Erdoğan hatred of Turkey's secularist elites and Gülenists necessitated supporting the PKK and HDP. It was a planned game.

Indeed, the HPD and PKK, which had remained silent until the elections, systematically enflamed violence - the HDP in its discourse and the PKK through its actions on the ground - immediately after the elections. The HDP produced lies, claiming that the bomb-laden vehicles used in ISIS's attack on Kobani had come from Turkey and called people to take to the streets. And the PKK began killing soldiers and police officers and setting vehicles on fire. On July 11, the Kurdish Communities Union (KCK), the umbrella organization that includes the PKK, announced for no particular reason at all through its three leaders that the cease-fire was over and was time for a revolutionary popular war.

And on July 20, ISIS conducted a suicide bomb attack in Suruç, killing 32 citizens. Just minutes after the attack, the HDP co-chairs claimed that the AK Party was responsible for the attack and increased the tension. The following day, PKK militants sneaked into a house in Ceylanpınar and shot two young police officers in the neck. A gendarmerie major was killed in a town center in front of his wife and daughter. In Diyarbakır, on-duty traffic officers were ambushed after a fake accident warning. A total of 55 citizens, including the victims of the Suruç attack, have been killed so far. The PKK and the HDP, which have never fully embraced the reconciliation process, began to put their hidden agenda into practice and tried to create a "fait accompli" after weathering the elections. An effort toward turning Turkey's southeast into Kobani was launched.

At this stage, the operations launched by Ankara mean an end of patience and legitimate self-defense. No state can continue to have talks with a terrorist organization in its territory while that organization is brutally killing people. In fact, surveys show 80 percent popular support for the recent operations by the state.Of course, Turkey's returning to the 1990s and ending the democratization process is out of the question. The PKK and the HDP have missed a historic opportunity. We all have put so much effort into this process. We have encouraged the HDP to take the initiative just as Sinn Fein did. But it was not possible at that point. Turkey will continue the process with its Kurdish citizens, and the PKK will never have a part in it unless it renounces violence and pulls out of Turkey. Unfortunately, the HDP has also virtually destroyed its own credibility with its pro-violence and libel-mongering stance. We hope they will put an end to this, but there is no sign at the moment that they will.

The campaign that has been continuing for some years to discredit the AK Party government and Erdoğan by alleging that they support ISIS has also practically collapsed. On his recent visit to China, Erdoğan called ISIS anti-Islam and said that the fight against it continues. Turkey declared ISIS a terrorist organization in October 2013, before many Western governments.

But things should settle down now. This is in the interest of the EU and the U.S. as well as Turkey. Turkey's maintenance of stability and peace is crucial for preventing the violence in the Middle East from extending to EU borders. Meanwhile, Turkey is an indispensable partner for the U.S. and EU in solving the problems in the Middle East. Injustices done to Turkey are actually the West hurting itself.
Last Update: Aug 26, 2015 7:31 am
RELATED TOPICS