The un-Islamic Islamic State of Iraq and al-Sham 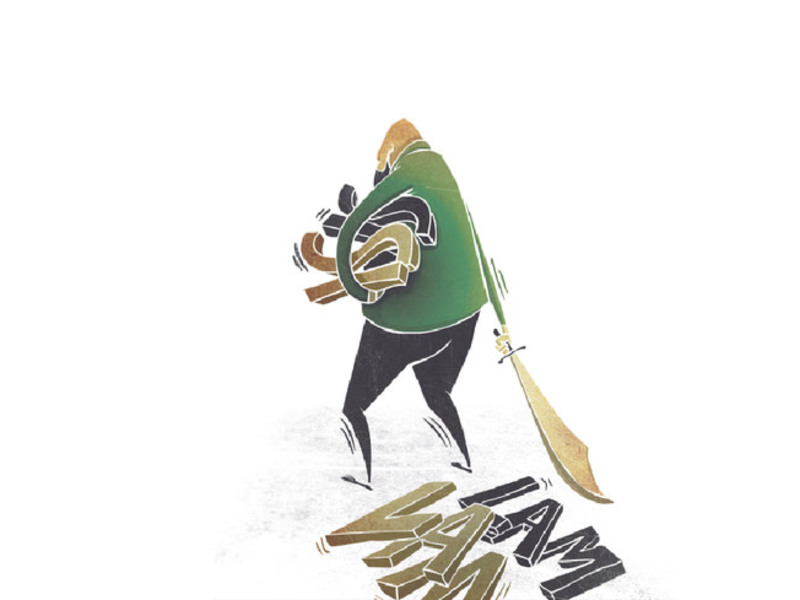 by Omair Anas Aug 15, 2015 12:00 am
The Islamic State of Iraq and al-Sham (ISIS) cannot and should not be a sustainable Islamic project for the one simple reason that Islam is more than what ISIS stands for. Violence, intolerance and insisting on their own interpretations of Islam, however justified, can represent only a small section of the community, not the globally-spread, diverse Muslim populace. In the past, militant movements emerged that also employed a universal Islamic discourse against their local political problems, advanced like tidal waves and died down as the waves receded. So ISIS, too, will have to decline. The basic assumptions, on which the entirety of ISIS is being built, are largely political grievances of citizens against failing authoritarian states. A community of shared cultural imagination cannot be stopped from using common and convenient political discourses, in this case, that of re-establishing Islam. No lessons have been learned from the earlier militant movements, such as the Tahreek-e-Shahidain of India, which aspired to re-establish an Islamic society and failed. Among the mistaken assumptions common in all militant Islamic groups is a rigid definition of an Islamic State.

They consider the Islamic state an absolute and static concept, unchangeable and unalterable, something that never existed in the entirety of Islamic political history and knowledge. In fact, no state or political order in the history of Islam, whatever it had been, was ever called an Islamic State or Islamic Caliphate. Rather, most of them were named after their dynastic lineages. The letters of Prophet Muhammad to the emperors of Rome and Persia and ruler of Egypt and Bahrain, even the Medina Convention, never carried the signature of some Islamic State as such, even though it was the most Islamic thing. All the great empires, emirates and dynasties from the Umayyads to the Ottomans developed new political institutions and practices. Only a few of them remained as the central authority and most of them remained parallel ones, occasionally fighting and contesting each other.

Sovereign nation-states with defined territory, populations and authority were indeed the culmination of the socio-economic transformation that started in Europe. Nation-states were not exceptional institutions for these dynasties. Exceptional, rather, was the great economic transformation that was reconfiguring the political economy of the political institutions and making nation-states more powerful - so much so that the powerful states became colonizers and weaker states were colonized. Muslims remained in a sense of denial toward these changes and resisted or saw European knowledge with suspicion.

The economic failure of the Ottoman Empire rendered it an irrelevant institution, which was no longer able to keep vast swaths of land under its control. Local rulers, military leaders, governors and emirs declared self-rule without having viable state institutions. The Middle Eastern states were always questioned and hence, they remained vulnerable. The absence of a viable social contract is still the biggest source of instability and tension, making them most susceptible to external and internal manipulations. Institutional and philosophical independence of al-Qaida and ISIS has always remained in question, indicating the hands of state actors behind their conduct.

Many ordinary and pious Muslims who genuinely believe in the end day and have heard of such prophecies documented in major books of the hadiths are in a great state of confusion about the Islamic credentials of ISIS. A common Muslim mind, rather an ordinary Islamist, finds ISIS or al-Qaida at odds with the common teachings of Islam. In the larger context, these groups have never helped Muslims or advanced the agenda of Islamic societies. The political history of Islam clearly suggests that Islamic politics is indeed of an evolutionary nature and not static. The first four caliphs after the prophet left no single model of political administration, but rather they remained in a perpetual state of evolution from the Umayyads to the Ottomans. Even the Prophet Muhammad once praised the pre-Islamic Hilf al-Fudul accord, as it included many of his teachings. ISIS is an extreme example of rejecting such a rich Islamic legal and political history. How can ISIS represent the political aspirations of the diverse global Muslim community from more than 100 countries? Even the Umayyad Caliphate in Andalusia, Spain did not call for recognition of the Muslims living under the Abbasid Caliphate, or vice versa. Even the Safavid Empire did not invite the entire Shiite community from all over the world to join them. There is no Islamic logic that allows ISIS to represent Muslims from the entire world.

That they represent the global Muslim community is a powerful discursive tool to internationalize a local and regional problem and hence, to enhance room for maneuvering. Playing with Islamic texts, the Quran and hadiths and using them beyond their limited context is serving their agenda very well. The ISIS claim that it is the same blessed group of warriors, foretold by the prophet that would arise before the end of this world can also be used by another group in the near future and could have been used in the past as well. References to capturing Dabiq or Aamaq as the fulfillment of the prophecy of the Prophet Muhammad does not necessarily make their claim serious, although it makes them sensational enough.

Almost all well-known Islamic scholars and institutions have rejected ISIS's claims of being a caliphate. What is needed more is that Islamic scholars should take a bold step in defining these prophecies in their broader context so that their misuse can be prevented. Specific geographic, historic and ideological references in these prophecies, including frequent references to Iraq, the East, Romans, Turks, Masih ad-Dajjal, Christ, war between Muslims and Jews, spread of evil practices, decline of agricultural production, bloodshed among Muslims and the sunrise from the west and so on are not without specific contexts. The prophet did not intend to present a real schedule for the end day - rather, he asked Muslims to avoid the occurrence of these symptoms by their actions or intentions.

Despite ISIS being against the injustices of the Syrian and Iraqi regimes, its damage to Islam and Islamic knowledge is irreparably lasting. ISIS's Islamic state, if stabilized, will be no different from the tyranny of Hosni Mubarak in Egypt and Zine el-Abidine Ben Ali in Tunisia, indeed in the name of Islam, whose interpretation will be reserved for them alone. Islam has survived because most of the dynastic caliphates or emirates could not restrict scholarship and knowledge, and scholars functioned outside of direct state control. Islamic knowledge was able to accommodate new experiments and contexts from new territorial and cultural regions and hence, remained a flexible practice all over the world. ISIS, by establishing a central command and bringing everything under state control, is more like a totalitarian state. As Rached Ghannouchi says, Islam is incompatible with dictatorship. ISIS, if it is sustained, will be one more addition to the authoritarian systems exploiting religion for their own gain.