The Beaver, the Jock and the wily Fur-Trader 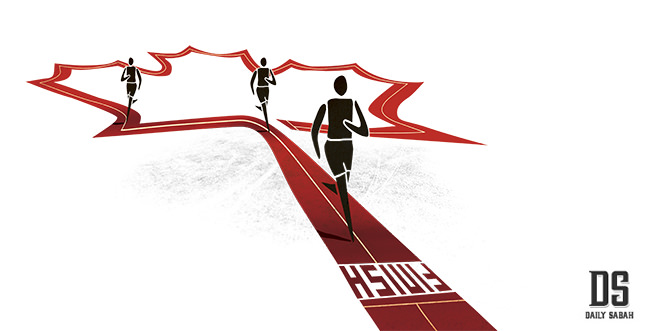 It's so inconceivable for anyone growing up in Canada not to have a friend from a different background. This is the wondrous effect of Canada's multiculturalism – a legacy to the rest of the world that diversity can thrive

Recently, Canadians were privy to another feisty, old-fashioned showdown at a makeshift Toronto coral. The third, in as many weeks, Canada's New Democratic Party (NDP), Liberal and Conservative leaders squared off, going toe-to-toe, during a much-anticipated leadership debate focusing on the economy, environment, minorities, the senate and Canada's global image. This highlighted the momentousness of the forthcoming electoral decision Canadians will make on Oct. 19 - less than a month away. Make no mistake; Canadians essentially have in front of them three distinct options: a beaver, jock and a wily fur-trader. Certainly, each appeals to different segments of Canadian society. However, the victors will be from the team that maintains camaraderie, energizes its support base and lures voters away from competitors with both character and vision. Voters frown on flip-flopping, they loathe cheats and are blasé about fear mongering. Simply put, in this contest Canadians will be charmed by the unpretentious magic of an every-day kind of guy and the perennial question remains - who amongst these Canadian leadership contenders would best accomplish that?

Fur-traders are both romanticized and notorious in Canadian history. It's an important part of our heritage, but there is a disturbing, dark-side to that enterprise, which includes theft, murder and the sexual exploitation of Aboriginal women. Beginning as a partnership, it soon degenerated into the brutal subjugation of Aboriginals by European settlers and traders. Resultantly, they were oft described as racist colonialists responsible for Aboriginal dispossession. Laudably, Canada conceded its wrongdoings in its official "Statement of Reconciliation of 1998." A watershed moment, it heralded a new emerging inclusive consensus on society. For that reason, Stephen Harper's bewildering classification of Canada with "new, existing and old-stock" people set Twitter ablaze with racist denunciations. After all, who was he indicating as "old stock?" Surely, this slip-of-the-tongue points to Western European, Anglo-Saxon and Protestant privilege, which denies Aboriginal identity, diminishes Canada's multicultural legacy and assumes it's own superiority.

For Harper, accusations of being a schoolyard bully, by labeling others "un-Canadian," have stuck. The French language debate on the utterly nonsensical distraction issue of the niqab highlighted what is so unappealing about the Conservative party now. Its decade of power has wrought havoc on Canada's global reputation, while domestically he has mistreated Aboriginals and scoffed at the environment. Worse, he created a second-class of Canadians with the outlandish C-51 bill. Our image, economy and industry - all in disarray, while Harper slips, slithers and slides to focus on who is not Canadian enough.

Jocks, or young athletes, showing off their bodily feats are a unique bunch in Canadian society. At times, energetic and driven, their spiritedness is infectious, but they can be controversially described as show-offs. Admittedly, their athleticism is often the dreamy desire of many a damsel. Unfortunately, they hit their peak in High School. For that reason, it's puzzling why Liberals have incessantly been highlighting Justin Trudeau's physical prowess. Which demographic are they hoping to appeal too? Of late, Trudeau rocketed through the arduous Grouse Grind outside Vancouver, climbed down a moving escalator and paddled the bow river in a canoe. But, Canadians don't wholesale respond to such overbearing physical feats and in this 'faux pas' lurks Trudeau's challenge.Trudeau is affable and certainly a good sportsman. Yet, there are legitimate concerns over his inexperience and indecision. His wavering on whether or not to have a deficit, support tax cuts, and, most seriously, criticism but eventual support for bill C-51, has hurt him. In the English debate, Trudeau attacked the Mulcair's promise on a federal minimum wage, stating it would not benefit the majority of workers. Mulcair responded by telling the audience that the Liberals voted for the measure. Why would he set himself up like that? For that reason, he comes across as unsure. In the recent French debate, he compellingly advocated for a women's right to choose what to wear. Yet, if he was so sincere in this position, he should have insisted on removing sections of the infamous C-51, before endorsement. That never happened, and he just ends up looking like a Jock, rather than an athlete who simply wants to win at all costs.

At an early age, Canadians are introduced to the productiveness of the beaver. It's quite telling of a society that chooses to symbolize itself with the unassuming, down-to-earth and industrious beaver, that win's Canadian hearts and minds, for he just puts his head down and gets on with the gritty-business of building his house. By doing so, he earns the trust and respect of generations of Canadians. That is increasingly how many Canadians are viewing Thomas Mulcair. His commitment to balancing the budget, protecting the environment but, most importantly, ensuring that there are no "lesser" Canadians, is earning him votes.

During the recent English debate, Thomas Mulcair was largely seen as outperforming his rivals. Similarly, in the recent French language debate, he weathered a barrage of attacks with the clarity of his vision for an inclusive Canada. In addition, a principally committed young orange army of volunteers with remarkable social media acumen and understanding his competitor's shortcomings, all have him ahead.

The recent arrest and terrorizing of a 14-year-old African-American Muslim called Ahmed for inventing a clock, is an eye-opener. To be frank, Western society is in a real crisis. That crisis is leading to fictitious enemies and imaginary adversaries - often targeting Islam. The result is a refugee crisis that exposes Europe's heart of darkness and how continuous demonization can perverse societies. Canadians should take note, since Stephen Harper is creating the exact conditions in Canada, while Trudeau seems to sympathize, but ultimately turns a blind eye. The reality is that Canada is so inter-mixed that it's inconceivable for anyone growing up there not to have a friend from a different background. That is the wondrous effect of Canada's multiculturalism - a legacy the fur-trader despises, the Jock appreciates but won't fight for because he's too busy trying to win, and the beaver stands up for. That is the Canadian legacy, and testament to the rest of the world that diversity can thrive.