O Saladin: This is the Dismissal Decree of Khalid ibn al-Walid 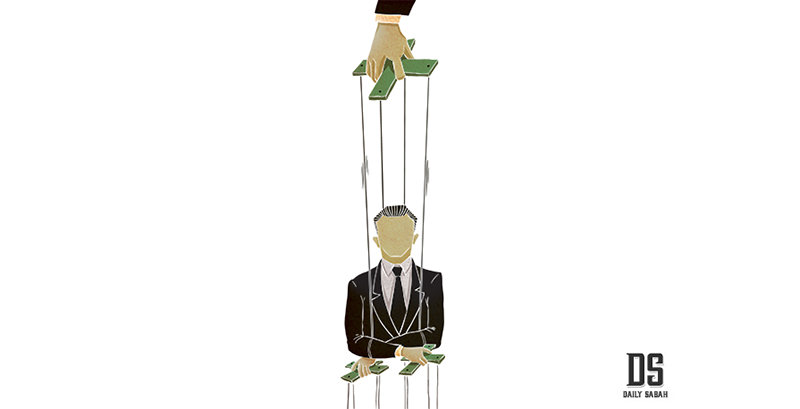 If the current incidents are not enough to unfold the secret plans concerning the Middle East, a poem might serve to help us understand the facts

This is the greater Middle East as of 2015 with both a prolonged civil war and a proxy war between world powers in Syria, and as a result, an influx of thousands of refugees into Europe. Along with this there are many failed states like Libya with two separate governments as well as crises in Yemen, Sudan and President Abdel-Fattah el-Sissi's Egypt, not to mention the new actors on the scene in Syria such as the Islamic State of Iraq and al-Sham (ISIS), and the Democratic Union Party's (PYD) armed People's Protection Units (YPG) fighting against it backed by the U.S. And now Russian jets are bombing Syria whereas Iranian proxy groups like Hezbollah have been there from the beginning. Meanwhile, Syrian leader Bashar Assad and his regime remain within a tight, but a comfortable sphere. There are bloody terrorist attacks by the PKK in Turkey and Palestinian flag has been raised for the first time at the U.N. In addition, a nuclear deal between Iran and the U.S. which seems to be the single success story from all the failed policies for the region. The newest and most significant news now is that Russia has started bombing Syria, which has led all to rethink the Syrian issue and has forced U.S. President Barack Obama's administration to recalculate its next step in Russian President Vladimir Putin's chess game.

There are of course many analyses, discussions, arguments and strategies for the issues mentioned above. In these painful days of our region and history, what we need most is perhaps to go beyond the ordinary and up-to-date agenda that makes us so busy with the current one and turn our faces toward the ancient one. Taking a glance at the Middle East once again through the eyes of a poet and with its strong feelings and drastic words would no doubt carry us in a more "realist" way than ever before. To remember what the ancient one was we can look at the verses of the poet Nizar Qabbani, in his poem, "This is the Dismissal Decree of Khalid ibn al-Walid." In his poetry, Qabbani calls his historic hero "Saladin" and talks about his own era. He speaks to Saladin without complaining, but with great anger about the disasters that our region has faced in the post-colonial era.

Regarding the fate of the region during the post-colonial era of the Middle East, Eduardo Galeano clearly summarized: "The war in Iraq grew out of the need to correct an error made by Geography when she put the West's oil under the East's sand." Today, there is nothing new in the fate of the Middle East within this never-ending great game intending to remove the Middle East from its roots and leave it in the arms of radicalism. The whole scenario is based on tearing the region to pieces so that it cannot be reorganized as before in the Arabian era. Fundamentalists or radical Islamists regard themselves in a position of considering that their jihadi actions seek to produce a counter argument against the Western world and its modernized social and individual model. However, as Professor John Carroll also argues, fundamentalism is a symptom of a lack of confidence in belief or the fear of unbelief.

They have stolen the future of the Arab from us, After conquering Damascus, they have dismissed Khalid appointed as an ambassador to Geneva . Our heroes have been emasculated so, my son ...

"There is a difference between a man before reading poetry and a man after then," Sezai Karakoç said. And this gives us some clues about the level and standing necessary for poetry. Though romantic and aesthetic perception and comprehension become the main concern of poetry, the main purpose here is the cultural reconstruction of an ancient version through the historical figures of the Arabian era. Qabbani shoulders the history of the Arabian era with all its beauties, memories and victories. What the poet seeks to do is not to sadden us with a little touch to our hearts and arrange a historical tour, but to bear in mind something that has to be there.

Has such a time as this come?

Poets have some obligations like being pioneering figures in front of society. As Karakoç argues that a poet is not only one who laments and cries for his stricken nation, but also a hero on the pulpit of society who raises his head in order to stir up society. Qabbani has a huge "külliye" in his spirit and heart. How could it be possible to change the direction of the region's fate and future unless this call is not adopted by opening the doors of the spirits and hearts? Those who could not feel the depth of the poetry in his heart and spirit would go on to welcome his neighbors made by steel and powder with pigeons and roses.

They have broken Omar's sword

They have hanged the history from its legs.

They gave us pills, preventing the birth of history They gave us cannabis to kill the horse, or to hinder the rearing ...

Then, they gave us the keys to the provinces and appointed us as a King to the tribes.

They eat their foods, and peed

on the beautiful Arabian era

The Middle East on the stage that was once a region of poetry and civilization is now a region where there exists nothing other than blood, tears and radicalism. The great civilizations elaborated upon by Arab, Turkish and Persian societies and cultures has been facing a danger of replacing itself with a situation in which these three elements gradually begin to polarize. This is unfortunately conducted through polygamous radical groups on the ground and rootless discourses. The region has been expected to have a new birth sooner or later as long as all the faces turn to the direction of the ancient side. All kinds of games in game attempt only to delay the spring time in the Middle East. As Ahmet Hamdi Tanpınar said, the one without roots one always floats.

What is this play on the stage.

Who is the author, we don't know!

Who is the director, we don't know!

Nobody knows too, my son.

They are those behind the scene

It is definitely a historical rather than an enlightened reason that reaches the poet to such a level of truth, since writing poetry is a matter of anger. This high level the poet owns in each of his words signals a new consideration taking his power from the history that stands head and shoulders above what all kinds of local groups offer under the name of radicalism and anti-Western discourses. This consideration also highlights a new policy with a long-term and deep-rooted period of construction beginning from civilizational essence for a new future contrary to the daily and rootless one on the scene. It is certain that politics takes its power, authority and legitimacy from society. There has always been a particular realm for a group of intellectuals - thinkers, philosophers and artists - that fosters the spirit of society. And poets are the frontrunners in this realm. As Karakoç said, poetry and truth are the gifts of god to which we ought to keep following.