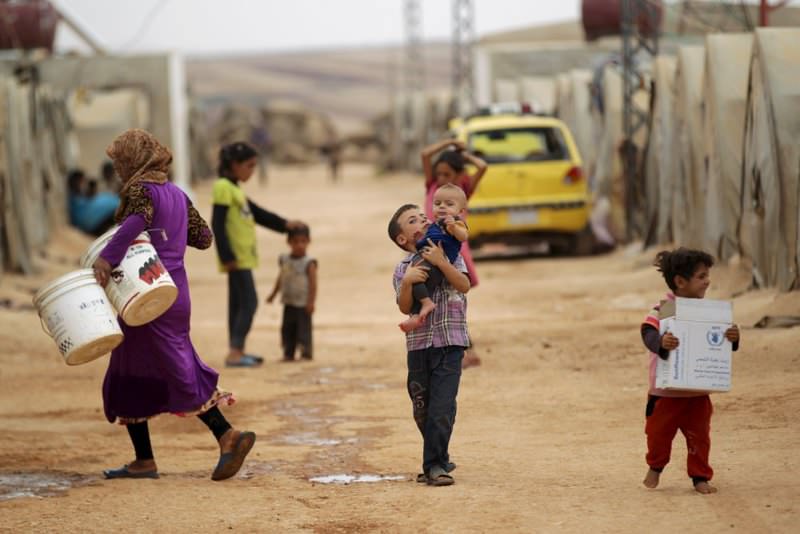 There are two main points behind Russia's military involvement in Syria: While taking and securing its position by backing the Assad regime in the region, it also tries to give a message to the world about the weaknesses of the West

In September the world witnessed the rapid increase of the Russian military presence in Syria. Western observers, due to the rapid development of the events, rushed to claim that the Russian government aspires to back up Syrian President Bashar Assad and possibly increase its sphere of influence further in the region. However, to know Moscow's true motivation behind its military buildup we should first understand how Russian leaders look at the rapidly changing world, global processes and Russia's role in it.

Russian support for Assad is not an end in and of itself. With asserting its presence in Syria and carrying out military operations, Russia wants to make a case for a set of certain values and alternative "Weltanschauung."

Lasting for more than four years, the Syrian conflict has so far taken the lives of more than 200,000 people, and more than this, has recently led to the noticeable change in the views of Western communities. Interference of the global and regional players into the purely intra-Syrian conflict, nonviable opposition with the country, its dependence on outside help and the high level of violence demonstrated by all parties has resulted in the outright humanitarian crisis. Waves of refugees, after reaching Europe's borders this summer, produced changes in the views of major European powers of what is in fact going on in Syria and how Europe should further deal with rising instability in the Middle East.

The politics of meddling in internal affairs of undemocratic regimes by democratic countries is being reconsidered. Forced regime change is dangerous without any secured commitment by Western countries to contribute considerably to the rebuilding of a society in the aftermath. Lack of any outside help opens the gates to further instability in which all democratic aspirations perish in the fire of more violence. Moreover, four years after the beginning of the Syria civil war, Western countries have come to acknowledge that the initial plans to depose of Assad were naive. Now all major Western leaders, above all those in the European Union, have found themselves in a situation in which they have to admit that there could be indeed a place for Assad within the political resolution of the Syrian quagmire.

Russia's actions in Syria should be analyzed with consideration of the changes mentioned above. The character of the increase of the Russian military presence reveals that it is not only about the legitimacy of the Syrian government. Russian authorities have repeatedly underlined that cooperation between the two countries takes place on legal grounds. The building of the military facilities in Latakia and the deployment of troops and military operations occur as specified in official statements in the framework of bilateral agreements between Syria and Russia.

Russia tries to secure the legitimacy of the Syrian government through other ways as well. Moscow is trying to establish a mechanism for regional cooperation not only with states in the region, but more importantly, with global players like the U.S. or EU. Meanwhile, deploying considerable military resources in the critical region of Latakia, Russia makes it almost impossible for Western partners to ignore initiatives on cooperation with the Syrian government.

While following the steps the Kremlin takes in Syria, Western leaders have expressed anxiety over the true calculations behind the recent buildup. Despite the official Russian assurances that its military aid for Syria is designed to curb the Islamic State of Iraq and al-Sham (ISIS), which is banned in Russia, Western communities blame the Russian government of holding aspirations to help Assad to retain the power and spread its own sway in the Middle East. At the same time, the existence of the still present "Afghan syndrome" in Russian society is disregarded in the analysis. In the period between 1979 and 1989 the Soviet Union lost 15,000 troops in an attempt to secure the power of the then largely unpopular communist regime in Afghanistan. Clearly, the Russian government is not ready to go to the end in supporting the Assad regime.

Military assistance to Damascus in its fight against ISIS has two main objectives. First, it would be difficult for the West to ignore Assad, a power capable of fighting the international terrorist organization on the ground. Second, possible cooperation with the U.S., European powers and regional stakeholders presupposes that Assad is also in the game. Meanwhile, Russia is going to play a key role in all the possible initiatives directed against ISIS.

WE HAVE A WINNER

It is worth looking at the possible domestic factors for Russian engagement in Syria as well. Surprisingly enough, few commentators touched on the connection between what is going on in the Middle East and Russia itself. First of all, the issue of Western sanctions is still an acute problem in Russia. The U.S. and EU imposed sanctions on Russia in 2014 as a reaction to its annexation of Crimea. According to the assessment by the Russian government, sanctions are going further to contribute to the deterioration of the national economy on par with low oil prices.

Second, serious changes took place in the conflict in eastern Ukraine. According to experts, Moscow intends to freeze the conflict for an indefinite period. At the same time hardliners are pushed out from leadership of the separatist republics and Moscow does not want further escalation of clashes with Kiev. Such steps are directed at securing the current positions in Ukraine and revitalizing the negotiations in the Normandy Format with Ukraine, Russia, Germany and France.

To understand what Russia aims to achieve through the Syrian conflict it is important to understand the Kremlin's "Weltanschauung," or world-view. Its values, ideals and notions of the ideal world order are the keys that Moscow is trying to gain from participation in the conflict.

Attentive reading of the last foreign policy doctrines exposes not only Russian disillusion with the post-Cold War order, as these strategic documents are founded on the appeal to the world to establish a new model of international relations in which a principle of national sovereignty enjoys a central role. Multiple examples of regime change through interference by external powers in the last 25 years has made the Russian leadership worry about the fate of regimes in post-Soviet republics and its own interests.

Its neighboring states are conceived by Russia as a territory the West should acknowledge as its exclusive sphere of influence. Conflicts in Georgia and Ukraine have shown that Russia is ready to secure its interests, even with military power. On the other hand, Moscow faces the problem of diplomatic isolation and suspension of political and economic cooperation with the West, the main political partner of Russia and the source of vital investments and technologies for its national economy.

It is Moscow's attempts to break its international isolation that shape Russian involvement in Syria. Engagement in negotiations over major conflicts in Europe in Ukraine, Transnistria and Nagorno-Karabakh and the Middle East in Iran and Syria should demonstrate, according to Russia's calculus, that the West has to recognize Russia as an equal partner with its own interests and treat the country as a world power that cannot simply be ignored.

Thus, it becomes evident that Russian involvement in the Syrian conflict is not merely an attempt to secure its position in the Middle East. In a time when conflict demonstrates no prospects for an end and when the Western image is damaged by the refugee crisis and its passive stance, Russia is trying to make a difference in demonstrating its willingness to stick to its ideals of statehood and national sovereignty, while at the same time refuting the Western policy of sanctions and isolation.