The G20 and Turkey's new economic order: global monopolies but no domestic conglomerates 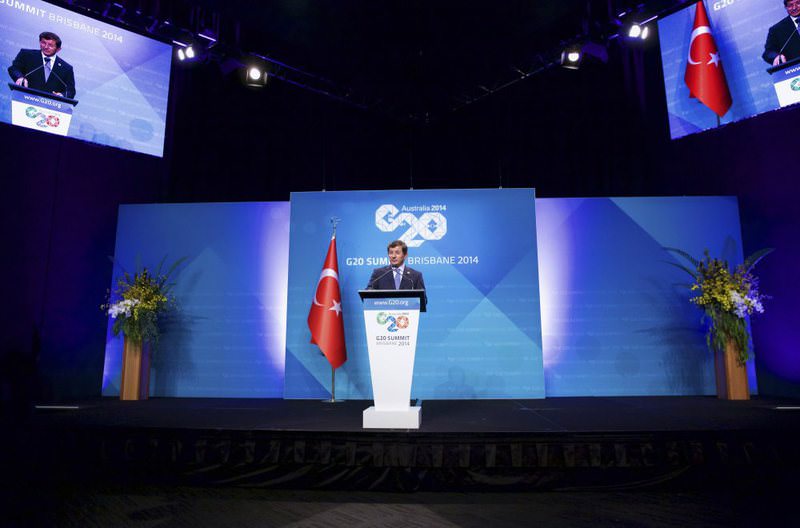 Turkey has been at the helm of the G20 for a year. So far, this offshore excursion has struggled to get the public attention it deserves due to border clashes, intermittent political races and deep global economic blows. I'm sure we would all agree that a dark night in howling conditions gives no time to start wondering what goes where and how. However, although the mainsail is reefed to storm jib, the G20 produces lots of stealth forward drive and will achieve a closing ceremony with no absentee that we will see in a week. Last week's strong election results gave Turkey's Justice and Development Party (AK Party) a chance to be at full sail again and stand as a model among emerging markets with potential soft power.

Turkey set the G20 agenda to achieve coordinated global growth, converging monetary policies, reducing vulnerabilities, supporting small- and medium-sized enterprises (SMEs), creating jobs, achieving a domestic investment-ready environment and integrating low-income nations. However, the G20 hardly controls U.S. monetary policy, which is in retraction, China's large economy with its entrenched problems, the low energy price problem of Russia and Turkey's challenges of emerging from others' retractions. Although the G20 may seem a useful shorthand for showing that a few forerunner countries could reshape the global economy this century, this macroeconomic lure does not seem feasible in terms of implementation. It is, on the other hand, becoming an established retraction by big companies' technology monopolies. To name a few, Google and Facebook are trying to bring the Internet to everyone, Tesla aims to leapfrog the poor with its vehicles, drones are in use for transportation (especially in Africa), Bill Gates is investing in sanitation, hygiene and health care for the poor on several fronts, financial technologies target financial system consolidation and the Internet of things brings automation and levels up current lifestyles.

FROM MICRO TO MACRO

For the past 15 years, Turkey's biggest bet for an emerging sprawl was in infrastructure investments, and macroeconomic policies focused on growth opportunities in and outside of Turkey in addition to quarrels to unite the nation toward a single set of goals for 2023. In return, top-notch infrastructure projects are in progress, such as subways, tunnels, bridges, highways and airports, and Turkey has swiftly slid past the global slowdown, but has been hit by a severe budget deficit, especially due to low technology exports. This situatation does not represent a busted flush, but the challenge of the new century. We started to see signs of a remedy in the 4G and 5G communication projects that envision a global telecom company and national automobile initiative plus defense industry investments that can be commercialized.

So far, our experience illustrates the difficulty in using a top-down approach when struggling to achieve a global footprint. The global economy is thriving faster than expected. Communication and technology massively enter our daily lives, and consequently, investment floating around the globe gets stronger and agile enough to break any barrier. For example, how did Huawei - one of the Chinese economic miracles - crack the West in telecommunication? It did not happen with a bird's-eye view from Chinese policy makers, but a focused hands-on monopolistic vision. Huawei, which is now the largest telecommunications equipment maker in the world, overtook Ericsson in 2012 and was founded in 1987. Will Alibaba overtake Amazon?

The new economic order clearly requires a ground-up view. Highly specific opportunities lie in technology and beyond. Prospective government officials not long ago hinted at their microeconomic outlook. However, it seems a revisit of past management fashions is required, as we adopted but have waxed and waned quite dramatically in developing countries in terms of conglomerates.

Although a long-gone management fashion is being erected in the U.S. by Warren Buffet's Berkshire Hathaway as an investment vehicle for acquisitions and Google's Alphabet is running a technology conglomerate, we could easily consider those irrelevant for us.

WHAT WOULD ADAM SMITH SAY?

Can such anachronistic establishments today create global monopolies? Conglomerates drove the Turkish market to perfect competition and skipped decades to make it become global. A so-called perfectly competitive market is undifferentiated and sells similar homogeneous products. As no single company gains any market power, they must all sell at whatever price the market determines. New firms keep entering the market and increase supply, drive prices down and thereby eliminate profits. Consider our textile industry, dairy product brands, furniture and spare parts industry - even aluminum and plastic home window systems ending with "pen." The result is a capital structure that is shattered, stiff and risk adverse. All of these are the result of few bloated conglomerates, teeming with companies that do lots of things badly rather than a few things well. A conglomerate here can have the two different company sets attacking two different markets, requiring completely different management and knowledge skills, but nobody considers this abnormal. They are so focused on today's margins that they cannot possibly plan for a long-term future. And they literally make up for their incompetence by courting governments.

The opposite is a monopoly. A monopoly owns its market, so sets its own price and maximizes profit. This allows a business to transcend the daily struggle for survival.

Turkey needs at least one or two global behemoths that literally own the majority of their international market and invest in technology and management to be so good at what they do that no other firm can offer a close substitute. They have the profits to make long-term plans and finance their ambitions. This is hinted at in Peter Thiel's new book, "Zero to One," in which he says: "Since it doesn't have to worry about competing with anyone, it has wider latitude to care about its workers, its products and its impact on the wider world." Hence, the formula is well articulated for everyone, and we're going to observe our market invaded by foreign monopolies pretty soon.

Our indigenous challenge to create a global monopoly is in low numbers of execution skills, lack of entrepreneurial fire, a limited domestic market, weak private and venture capital and almost no multinational examples. A strong private equity structure has to be erected to enable domestic companies to reach local monopoly levels through mergers and acquisitions. This has to succeed with a game plan that uses the domestic market to take off and focus real growth in fast-expanding markets. It has to have the patience and skills to change the world. Here, we need our government officials to make hands on contributions. Imagine a company where the president, prime minister and other top officials of Turkey act as an employee of the company. They do everything needed in finance and business development to support the company in breaking barriers and gaining a global market share.

We look forward to seeing examples of this new and exciting kind of development in Turkey's new economic order.