Turks and Arabs: An intellectual task on international arena 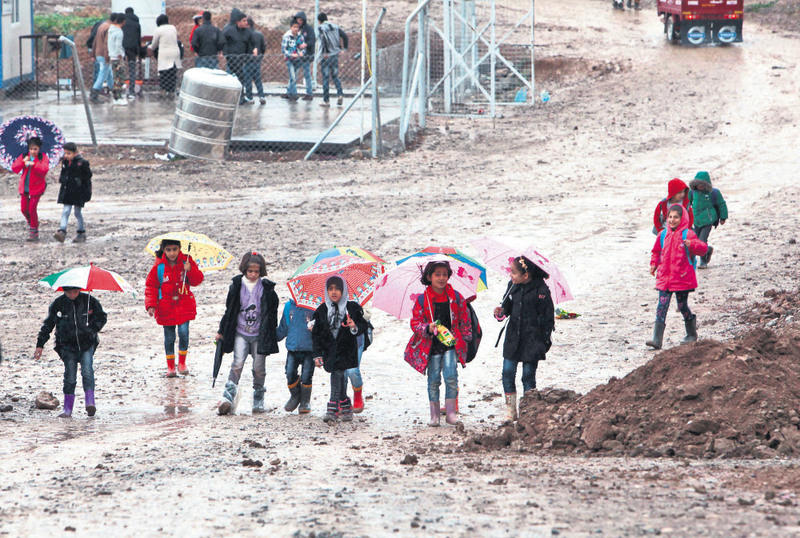 The post-nation-state Middle East is the vastest stretch on the political map today without a defender of identity and, as a result, is riddled with schools of thought from across the ideological spectrum.

Political richness in modern states is credited to a mature working formula between spheres of politicians and intellectuals. Turkey has traveled a long distance down this road in recent years with leaps of success in all directions.

In the eyes of the Arab region, today's Turkey is far more than a mere brotherly neighboring country. It is the last functioning state and society that embodies the region's values - political, sociological and religious. Values that would otherwise be sheer theories in textbooks unbaked by a living experience on the ground, a particularly critical matter amid the ideological struggle between two models - the state and sectarian. A situation that spells a regional role for Turkey at the very level where the West is losing its battle - the street. Turkey, however, needs to win two battles first.

The first battle is that Turkish representatives (diplomatic missions) need to be viewed in a similar manner, i.e., as representative of a political and social order endorsed by the region. This entitles them to legitimately assume an abandoned role - the guardian of regional identity. The post-nation-state Middle East is the vastest stretch on the political map today without a defender of identity and, as a result, is riddled with schools of thought from across the ideological spectrum.

Before Turkish diplomatic missions can become shrines in the regional community abroad or get treated as the Soviet embassies were treated by citizens of the communist countries, Turkey needs to secure recognition for her regional status on international soil as well as recapture the cultural guardianship of the region that is now up for the taking. Such a mission cannot be accomplished single-handedly.

The second regards the pivotal role that awaits the cultural arms of Turkish diplomatic missions in conjunction with their friendly Arab counterparts. Together with the use of an Arab media giant and its vital Arab and global outreach, the joint role will have the potential to provide the much-needed platform for any genuine Turkish-Arab intellectual drive.

The drive will possess the capacity to penetrate important sections of Western society; political, academic and sociological. Prominent intellectual venues such as Cambridge University, Oxford University, Chatham House and Royal United Services Institute (RUSI) can only be natural platforms for collective civilization-building work that is unparalleled in modern times, which is so acutely missed yet not delivered by the Western intellectual community. The less appealing news network, BBC, will have a trustworthy story to tell to its increasingly confused audience about the reality of the Islamic world in the coming decades. The Turk-Arab drive will be catapulted into the depths of Western society.

The above, therefore, determines three facts:

Concerned Western societies want a true portrait of the Islamic East, which they feel they are not getting from their own media

The three facts, albeit different from one another, are the prerequisites for a viable regional/international project. The common denominator among the three is the missing intellectual concept. It explains how such conflict of interests cannot result in a unified effort. Turkey's past; namely, the Ottoman Empire and recent political and societal status are the keys to the missing concept. It stems from two primary sources: the field and documentaries of contemporary Turkish society and the Ottoman archives. The latter is a day-to-day mapping of the social life and structure in Ottoman society, which the region was part of. Hence, Turkey would be addressing two audiences, the elite and the common folk. The latter regards the societies of the Middle East and Muslim communities in the West. Most of the profound issues that the West encounters with its Muslim communities are related to concepts attached to the absence of an exemplary Muslim state.

None of the above is happening at an adequate scale, if at all. In fact, these goals will not happen until the path ahead of politicians at home and diplomats abroad which is currently blocked by old ideological debris is cleared and the road is paved for a regional discourse which is embraced by the region and understood by the West. Diplomatic missions can, together with think tanks, universities and nongovernmental organizations (NGOs), agitate stagnant intellectual waters and unleash a fertile intellectual dialogue. Not much territory would be left for the language of gunpowder, which dictates the course of policy-making in Western parliaments and congresses, and continues to go intellectually unchallenged.

The aforementioned takes place in the background of two major developments: Europe's official declaration of the failure of multiculturalism, and its recognition that the survival of European security cannot be sustained with its borders being besieged by social debris. Fixing the broken society of the East is what Europe requires and what it cannot get on its own.

The uniting of intellectuals and politicians during times of crises is not foreign to the culture of the Middle East. In 1180 A.D., the guardians of the region, the Seljuk Turks and the Abbasid Arabs, were preoccupied with trying to dig themselves out of a political and social problems which share similarities - same symptoms, same consequences - we are seeing today. The two blocs embarked on a political and intellectual alliance known as the Nizamiyya Madrasas (schools) aiming to negate an ideological order brought about by the Persian occupation of Iraq, and had a huge influence on all venues of life.

The alliance realized multiple goals. It reinstated the role of intellectuals - wedged between the ruling elite and the street - unblocked channels of communication between the hierarchy and the masses, and as a consequence, put the state in a more capable position of reaching out to everyday people. The most important of these goals, however, was the enabling of the state to function in a "bottom-up" approach - a much more efficient approach for popular mobilization and crisis management in the struggle against underground and shadowy organizations as opposed to the state-oriented "top-down" approach. The state eventually recaptured the street, and the Persian regime, whose weakest link - its intellectual discourse - was squeezed out.

The Nizamiyya Madrasas, as a task-oriented institute driven by volunteers with an extensive horizontal structure, represented the earliest form of NGOs in the history of sociology. The Ottomans, who were an extension of the Seljuk-Abbasid order, took the evolution of multiculturalism and turned it into legislation. Ottoman citizenship, in its contemporary concept, was born, and a new chapter was added to the long march of statehood building.

Mega events that have shaken the world in recent times have portrayed think tanks as being in luxurious ivory towers. Contrary to the nature of their tasks during unsettled periods, they failed to show their true colors to the citizen who then failed to realize the purpose of the journey. To them, think tanks, as advisers to governments, are, if anything, co-authors of the distorted concept by which all governments navigate. The stories of some of the prominent intellectual institutes can hardly be told by run-of-the-mill journalism.

The puzzle is not difficult to solve. Swapping priceless field data with textbooks or the Internet creates trenches between visions and reality. In the early 20th century, Miss Bell, the field sensor of the British strategy machine, who commanded a thorough knowledge of Arabia -- language, tribes, sects and traditions - advised that, for the benefit of a viable protectorate, the would-be modern state of Iraq should be built with the very bricks of the Ottoman walls that Britain helped demolish.

Despite being derailed and denied from areas of their culture, the Sunnis, who were at the helm of running the cosmopolitan, Ottoman-Arab Iraq, went on to apply their centuries-long administration experience, and pulled out of the debris one of the most successful and colorful societies in the Middle East. Contemporary Arab societies in general bore the same characters of the larger regional society.

A century later, the successive vision of Western think tanks was that Sunnis should be eradicated from power and Iraq be handed over to the minorities who enjoyed full citizen rights under the Iraqi state but never in their minds had a sense of belonging to the country. This move was widely seen as the completion of unfinished business when Mrs. Bell looked around and could not find a crew capable of running the new state other than the Sunnis. The immediate result was the synchronous collapse of the state and society, mass immigration and export of violence to the streets of Europe. Citizens of the East and the West suddenly found themselves settling the same score, despite doing so disproportionately.

Finally, not many in the West are aware that the social welfare system that contemporary Europe takes pride in was borrowed from Ottoman Istanbul in 1792 when King Charles the XII of Sweden spent years in exile there. This is the story the visitor gets in the Swedish parliament. When a fact of this magnitude becomes general knowledge, big questions will be asked, and a large space for dialogue will emerge between ordinary people in the East and West presently sealed off from each other by thick media walls.

The Arab-Turk intellectual venture can add a new dish to the otherwise boring cuisine.