What is Turkey's request from Russia after the airspace breach? 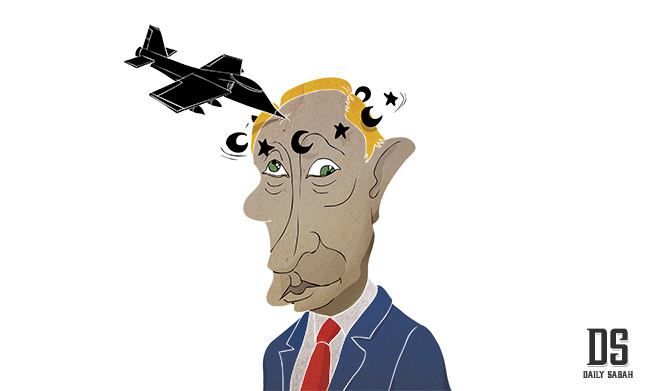 By violating Turkish airspace and attacking Turkmen villages, Russia is about to lose Turkey as its biggest trade partner in terms of export and import

As the civil war in Syria becomes tangled in regional power struggles, the events on the Turkish-Syrian border have outraged Russia. Russia has increased its presence at its airfield in Latakia and has shown that its presence in Syria is to continue long-term. Turkish jets shooting down the Russian combat aircraft that allegedly violated Turkey's airspace two weeks ago increased tensions between Ankara and Moscow. With this incident, which took place before a planned visit by Russian Foreign Minister Sergey Lavrov to Ankara, the Turkish government has said that it will resolutely defend its borders.

But why did Turkey shoot down the Russian aircraft? Why will Russia not accept that it violated Turkish airspace? The answer to these questions lies in previous events on the Turkish-Syrian border. The shooting down of the Turkish F-4 by the Syrian regime with a Russian anti-aircraft system in the Mediterranean came as a shock to Turkish politics. The consequences, such as the application of the rules of engagement and the violation of dominance in the Turkish media, put Ankara in a tough situation. Turkey was left alone with the opposition in the Syrian crisis and did not hold back in taking reactive steps for its own border security via the rules of engagement. With every attack by the Syrian regime and the Democratic Union Party (PYD), Turkey responded via its right to self-defense in accordance with Article 51 of the U.N. charter. The Turkish Armed Forces engages in gradual security, increasing the level of security each day vis-a-vis what is happening on the Turkish-Syrian border. Turkey, having been left defenseless against the terrorists who pass over the border and bombed Reyhanlı, Suruç and Ankara, created a de facto no-fly zone with these rules. It could be said that the Turkish government, which protects its airspace with manned and unmanned aircraft along its border, remained silent in the face of the violations. Not surprisingly, it has been determined with a radar path analysis that the Russian aircraft that was shot down was warned of violating Turkish airspace 10 times in five minutes. Moreover, with these violations, Russia has shown that the "vague hotline" aerial corridor that it announced to Turkey on Oct. 20 is not functional.

The fact of the matter is that Ankara is choosing not increasing tensions with Moscow because of bilateral and historical relations, but the Kremlin is persistently maintaining a high level of strain between the two countries.

In an interview with France 24 channel on the downed Russia plane, President Recep Tayyip Erdoğan said: "We need to talk about what happened in Syria but [Russian President Vladimir] Putin has not returned my call." Erdoğan had warned Putin not to play with fire over Turkey's downing of the Russian plane. He also wanted to meet Putin face to face at the climate talks in Paris to resolve the issue, but the Kremlin refused. Lavrov also announced the suspension of visa-free travel to Russia for Turks starting Jan. 1, 2016.

It seems that this crisis will further increase. Retaliation could take the form of a Russian proxy war using Iran, the PYD and Syrian President Bashar Assad's regime. The PYD's armed People's Protection Units (YPG), would be especially central to this as Russia would take this opportunity to support the PYD and PKK in asymmetrical war techniques.

Russia has conducted airstrikes on Turkmen villages because of the YPG's operations in Syria, stretching from Jarabulus to Mare. Moscow aims to eliminate any no-fly zone proposed by Ankara. Russia is also sabotaging the Vienna peace talks. It cannot be foreseen what the relations with the PYD will be like in the long run, but right now, Ankara's policy on the PYD seems blurry.

All military and civil diplomacy aside, there are two more issues that have recently become important in Turkish-Russian relations. These are power supply security and Russia's airstrikes on Turkmen-populated regions of Syria. Putin's comments and the cancelation of Lavrov's visit keep the crisis at a high level. Russia will not stop its gas flow to Turkey both because of the liabilities from its agreement with Ankara and regional unity. However, it will impose a reduction in gas supplies because of the crisis. With Turkey's Trans-Anatolia Pipeline (TANAP) project, natural gas exploration in the Eastern Mediterranean and the Akkuyu nuclear power plant project, Russia does not stand to lose Turkey in the energy market.

The amity and attitudes of Putin and Erdoğan at the G-20 summit that took place in Turkey showed the importance of the Turkish-Russian relations. Therefore, each country there might show asymmetrical reactions after the reprimands. It is obvious that Russia will keep the crisis at a medium level after taking NATO into consideration. Another issue is the Syrian Turkmens. The goal here was to protect the Turkish border. The Turkmen population living in the Turkish border city of Hatay awaits arms aid from Ankara in order to fight Shite militias in Syria. The aircraft from Latakia targeting Turkmen villages caused a forced migration to the Turkish border. Even though Ankara said it wanted to protect Syrian Turkmens, Russia intervened both in order to enlarge its airspace corridor and to make way for a possible PYD operation on Jarabulus. An aircraft taking off from Russia's Latakia air base is able to arrive at the Turkish border within three minutes. The consequent and frequent border violations unsettle Ankara. The government wants to keep this event at a low level and Ankara has a policy to play a key role in energy supply security and to end the humanitarian crisis in Syria as soon as possible.

It also seeks ground for reaching an agreement with Russia. Ankara's occasional comments against Russia were directed toward ending the humanitarian crisis. And the statement "This is not an attitude toward a certain country; this is a step for the protection of Turkish borders," made by the Turkish government regarding the Russian attack does not directly target Russia and proves that it does not want the crisis to go any further. Yet, the harsh statements of Moscow may change Ankara's attitude.

Ankara's wish is to bring closure following the downing of the jet before tensions rise any further. In this regard, it might recall the Patriot missile system bought from NATO for border security.

As it has shown no signs of retreating on border security, these will be the main subjects Ankara will first request. If the tension between Turkey and Russia increases on the basis of energy and terrorism, Moscow will be the one losing a partner.