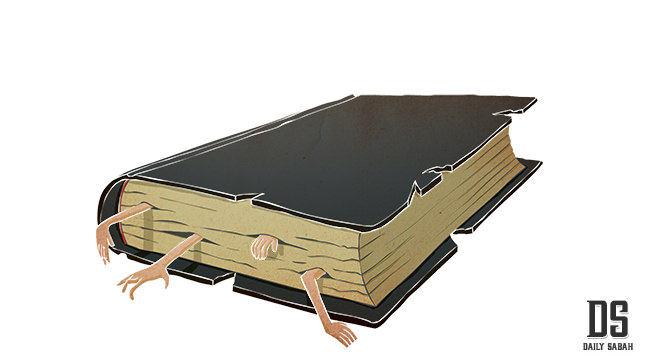 The ​64th government of Turkey will be a reform government in the strictest sense; social and local reforms along with a new constitution will be the issues headlining disscussions in coming months

Due to a crisis with Russia in foreign politics over Turkey downing a Russian jet and a crisis in domestic politics over the assassination of the Chairman of the Diyarbakir Bar Association, Tahir Elçi, the 64th government's program was not adequately discussed by the media or public. However, a very significant and ambitious text was composed after much effort under the six headings of Democratization and New Constitution, Human Development and Advanced Society, Stable and Strong Economy, Science and Technology and Innovative Production, Livable Cities and Sustainable Environment and Visionary and Pioneering Country.

A new program, a new constitution, a new era

Issue of drafting a new constitution is specially addressed in a separate heading of the program. And this will be experiencing the fourth constitution-making period after the constitution of 1921. Unfortunately, the 1924 constitution was an implicit, and the 1961 and 1982 constitutions explicit products of military coups. The most important aspect of all these constitutions methodologically was that amendments to key provisions were made almost impossible. Thus the continuity of the bureaucratic oligarchy that sustains the status quo and undermines the power of democratic elections was guaranteed.

The current Constitution is a product of the 1980 military coup. Civilians have amended this 177-article coup-era Constitution 18 times. Overall, 87 articles of the 1982 Constitution have been amended. When the AK Party prepared a bid in 2007 to draft a new constitution that would put an end to this eclecticism, which turned into a debate regarding internal consistency and coherence of the Constitution, it was halted with a closure trial.

Although the AK Party garnered 49.5 percent of the vote in the Nov. 1 elections, it failed to win enough seats in Parliament to change the Constitution alone or take the issue of constitutional amendments to a referendum without support from other parties. So either it will have to ally with another party or will set its hopes on 15 deputies from opposition parties voting for a constitutional amendment package in a secret ballot. As in a previous bid for a partial amendment to the Constitution, some AK Party deputies could possibly vote contrarily to the party line. Devoting a special part of the program to a new constitution despite that possibility shows that the AK Party will insist on this issue and urge other parties to cooperate.

Apart from its symbolic value, a civilian constitution would definitely make a huge contribution to the solution of the Kurdish question as well. In a motion it submitted to the Constitution Conciliation Committee at Parliament, which was created in 2012 with an equal number of members from each political party in Parliament, the AK Party brought forward various proposals that would fulfill expectations of a solution to the Kurdish question. That proposal contained remarkable items like enhanced inclusiveness in the preamble, constitutional citizenship and removing the obstacles to receiving education in one's non-Turkish mother tongue.

The following quote is from the section titled "New Constitution" of the government program that Prime Minister Ahmet Davutoğlu submitted to Parliament: ". to ensure that our country is governed by a participatory, pluralistic, pro-freedom, democratic and a civilian constitution. The core principle, ethical reference and the spirit of our new constitutional order, which is to be based on these fundamental values, will be 'human dignity.' In the coming period, we will put into practice an understanding that equally embraces all citizens, regardless of their ethnic identity and faith, enabling a democratic form of common life on the basis of equal citizenship, universal values and principles."

Presidential system and a new constitution

Turkey desperately needs a modern, civilian, democratic, pluralistic and pro-freedom constitution. This need is overshadowed by debates on a presidential system, which are, above all, an injustice to the country and the people. Also taking into account the fact that the number of parliamentary seats controlled is not enough, the AK Party and President Recep Tayyip Erdoğan signal they will seek consensus. Erdoğan has recently opened up a debate on a partisan president and suggested he will not insist on a presidential system, but will rather give the top priority to making a new constitution.At this point, the position of president, which is elected by popular vote following a reform introduced in 2007 after a series of judicial interventions prevented Parliament from electing one, becomes important. The AK Party wants to strengthen the ties of the president, who is accepted as the executive head even in a parliamentary system and who can be re-elected for a second term. In fact, making that demand look as if a system of checks and balances will never be created is a skillful illusion by the opposition.

An opposition that objects to a presidential system with a proper distribution of power or to a partisan president maintaining his ties with voters would end up, just as it did after the June 7 elections, only criticizing and, therefore, failing in positive politics.

In addition to a new constitution, by devoting a special section to local authorities, the program indicates that it places emphasis on localization policies. The most prominent pledge in this section concerning Kurds is about restructuring local governments in line with the European Charter of Local Self-Government. Again, the program provides a new perspective on the Kurdish question regarding one of the fundamental expectations, the definition of citizenship: "The new constitution will be based on such a definition of citizenship that recognizes the cultural and social diversity of our nation while not referring to any particular ethnic or religious identity." As can be understood from this, a new constitution with a revised definition of citizenship, which introduces a model for strengthened local governance, would definitely fulfill expectations about a permanent solution to the Kurdish question.

The program makes promises not only to Kurds, but also to Alevis and non-Muslims. Regarding non-Muslims, the program says: "We will continue to take all legal and effective measures to ensure that non-Muslim citizens of the Republic of Turkey are not discriminated against."

The following section of the program includes pledges about cemevis - Alevi houses of worship - which have turned into a chronic problem: "The sense of belonging that citizens feel to their country and a political understanding that does not discriminate against and marginalize any citizen or group of citizens, are the fundamental guarantees of the continuity of states. Again, the principle of equal citizenship is the basis of modern political legitimacy and this basis cannot be undermined or ignored in any way or on any ground whatsoever. In this regard, faith- and culture-based demands of the traditional wisdom centers and Alevi citizens will be met. We will take necessary steps regarding various issues like cemevis, references to Alevis in the education system and setting up research and application centers at universities in dialogue with Alevi opinion leaders and on the basis of democratic consensus. We will grant legal status to traditional wisdom centers and cemevis."Put briefly, when headings like 'new constitution', 'participation', 'transparency', 'local governments', 'strengthening of civil society' and 'pluralism' are thought of together, we will wait excitedly and impatiently for the performance of the 64th government, which claims to be "a reform government in the strictest sense," to fulfil its pledges in its program.