A new chapter in Turkish-Israeli reconciliation 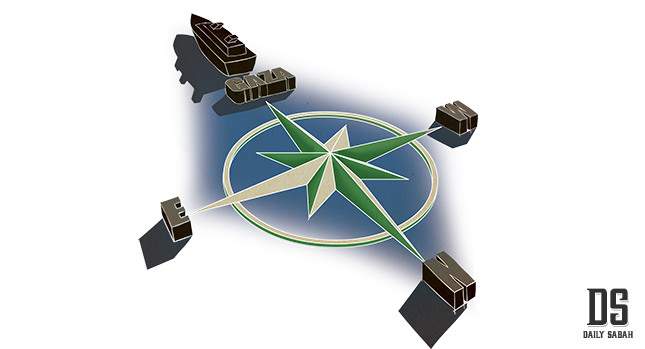 Ankara has three conditions in order to normalize Turkish-Israeli relations, which have been on the rocks since the raid of Mavi Marmara. If Tel Aviv lifts its blockade of the Gaza Strip according to one of Ankara's demands, the frozen relations may thaw in the near future

Turkey is known as being the first Muslim-majority country to recognize Israel in 1949, some few months after its establishment. Turkey may have been the first Muslim-majority country, but at the same time it was one of the last European countries to do so. Ankara's reluctance was due to the possible negative reaction from the Arab world and the sensitivities of its own population.

During the Cold War, the bipolar world was dominated by two superpowers with strong influence on their allies. Ruling elites of the early Republic had already positioned Turkey as a Western nation, and Turkey, as part of the Western bloc, evaluated all its foreign policy decisions in terms of the Soviet threat and its alliance with the U.S. Turkey's tendency to maintain diplomatic relations with Israel despite accusations of betraying the Arab cause was basically due to Israel's alignment with the West.

This helps to explain that relations between Turkey and Israel have always been affected by third parties, and have had the Palestinian issue at its center. One must add that the determination of Zionists to create a state of their own, the powerful army they formed and the miracle they created in the desert attracted the attention and admiration of the Turkish ruling elite. Flexibility and pragmatism marked this era of Turkish foreign policy.

Today, Ankara is recalibrating its foreign policy once again according to the facts of the region. Russian involvement in the Syrian civil war, Iran's return to the international system with the nuclear deal, DAESH, Iraq, the Kurdish issue, the refugee problem and the latest crisis with Moscow are its main impetuses.

Once again the Russian threat and the need to align with the West forced Ankara to re-evaluate its relations with Israel. Another rapprochement with the West and NATO showed itself clearly when Turkey granted access to İncirlik Air Base and canceled its plans to buy missile systems from China. Then came the press leak about the meeting with Israel in Zurich. We know directly from Foreign Minister Mevlüt Çavuşoğlu that there was always dialogue between the two countries to solve the dispute stemming from the Mavi Marmara raid, which ended with the deaths of 10 Turkish citizens.

Tensions between Turkey and Israel first escalated at Davos in 2009 and the Mavi Marmara raid in 2010. Diplomatic and military relations were frozen and Turkey afterward became the most outspoken country criticizing the Israeli government. But in spite of these events, distrust and personal animosity between the leaders in Ankara and Tel Aviv, the trade volume between the two countries has risen steadily to historic levels. There was information about a possible deal between the two countries after Israeli Prime Minister Benjamin Netanyahu's apology for the raid on the Mavi Marmara in 2013, but internal developments such as public protests and crucial elections postponed any positive outcome.

The last elections in Turkey and Israel were crucial in two ways. Before the elections in both countries, there were ongoing discussions about possible changes of leadership. In Israel, some argued that a coalition would increase the chances for normalizing bilateral relations and others argued that a strong government would advance the negotiations. When the results were announced, it was for certain that Israel will continue another term with Netanyahu and Turkey's Justice and Development Party (AK Party) did not have to compromise to form a coalition government after the Nov. 1 elections. This is important as Turkey and Israel realized that the leadership in both countries would not change and they have to deal with it.

The main breakthrough was the secret meeting in Rome in June between Foreign Ministry Undersecretary Feridun Sinirlioğlu and Israeli Foreign Ministry Director-General Dore Gold. We still do not know the details, but we know from statements that it was a successful meeting. It was with the Zurich meeting that we learned about the outline of a future agreement. I do not think that it was leaked to the press voluntarily, but what happened, happened, and the two countries have to conclude their negotiations under the pressure of time and the direct attention of the press.

The leak also gave the opportunity to measure the public reaction to a possible agreement to re-establish diplomatic relations. We already knew from the results of a poll conducted by the Israeli institute for regional foreign policy Mitvim that the Israeli public was eager to restore ties with Turkey mainly because of the situation in Syria, the danger posed by DAESH and natural gas. We also knew that Israeli tourists wanted to return to the hospitality of Antalya and other Turkish resorts.

As for the Turkish public, we cannot say the same. Anti-Israeli rhetoric became common and accepted. The reaction to the conditions or even to the idea of being friends with Israel as AK Party Deputy Chairman Ömer Çelik put it in a speech was attacked with criticism from the public and opposition party members. The sensitivities of the Turkish public may affect the course of the deal as Ankara is not insulated from popular sentiment.

The deal negotiated in Zurich puts forward the natural gas issue as the main reward from the normalization of the relations for both countries. But without diplomatic normalization, exchange of ambassadors and the re-establishment of trust, strategic and long-term cooperation such as with natural gas cannot be expected. The main motive for rapprochement is not natural gas, it is security issues with increasing Russian involvement in Syria and the need to have a stable, powerful, reliable ally in the region.

A deal is not signed yet, and without knowing the exact conditions of the agreement it is irrelevant to discuss them. But one thing is for sure, and that is that the naval blockade of the Gaza Strip is and will continue to be the main issue. Ankara clearly specified that all three of its conditions must be satisfied, including lifting the blockade, in order to normalize relations. Israel openly stated that it will never lift its blockade of the Gaza Strip. Easing border transactions for Turkish deliveries could be a possible solution if both countries want to end their rift.

At a time when only death is spoken of and heard, even the possibility of the restoration of Turkish-Israeli relations gives hope for the future of the region.

The author is a columnist with Şalom, a weekly Turkish-Jewish newspaper
Last Update: Jan 04, 2016 9:43 am
RELATED TOPICS