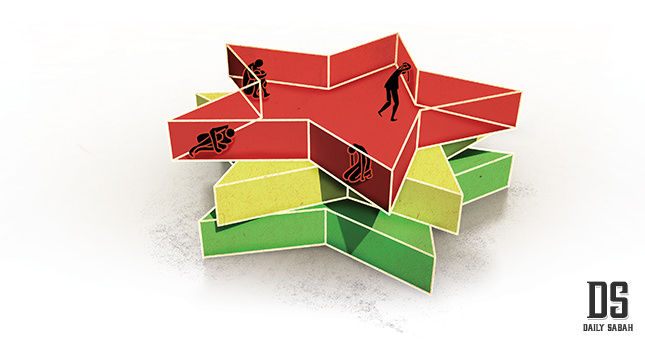 Death is a fact of life and there are various rituals associated with death in different cultures. When a person dies in Turkey, it is considered a social duty to call on the bereaved family to pay one's respects and offer condolences. This visit to the deceased's family is very important as it shows the solidarity and support and failing to do so is noticed and criticized. The families of the deceased carefully observe those who attend the funeral and offer their condolences in order to distinguish who their friends really are. These occasions are times of unity and friendship even if people who had some quarrels or conflicts previously forget about their hostility and rush to the house to show their support. Distant relatives or relatives and friends who live in distant places try to attend the funeral. The importance of death has led many municipalities to provide many services to their voters, including transportation of the corpse and the family and relatives to their hometowns no matter how distant it is. People who fail to attend the funeral are classified, at least, as antagonistic or unfriendly if not as enemies. Therefore, it is an occasion to show the deepness of hostility between families.

Visiting a bereaved family may continue long after the funeral, especially if a family of high status loses a member, as others do not want to appear to have neglected their duties toward them. Men give condolences and women lament separately with the female members of the bereaved family. However, this occasion of "taziye," or condolence, is one of the occasions where women's laments are performed especially in the southeast of Turkey. In this region people connect with each other socially and particularly, in the anthropological sense, through a patron-client relationship, so death becomes an occasion not only to express sympathy but also to reinforce solidarity. For this reason, as crowds of people turn up in the house and since such a great number cannot be accommodated, a temporary condolence tent, "taziye çadırı" around neighborhoods, to perform rituals and celebrations or mourning needs to be founded. In western parts of the country condolence messages start at the mosque before the religious rituals and continue in the house for a few more days after the interment of the body in the graveyard. Yet, due to decades of struggle and rebellions of the Kurds in the southeast with grave human cost, death has been very important in strengthening Kurdish culture and politics.

It could be argued that biologically destroyed bodies would be resurrected through the moral and symbolic economy of martyrdom. If the person died in the armed struggle against security forces then the tension in the funeral process is heightened because rites cease to be solely religious and the whole process becomes the exaltation of martyrdom. Among Turks, it is believed that when a person dies in the protection of his or her country then they become a martyr and directly go to heaven, according to Islamic beliefs. However, the PKK terrorist group has had a clear deportment against any religion - it was founded as a Marxist-Leninist national liberationist organization -but when it comes to the death of one its members they do not hesitate to use or abuse the case in order to shape public and political life. It becomes an unmissable opportunity to promote Kurdish national identity. The death of a person becomes a display of sacrifice for the group and their name is kept alive by giving their name to newborns.

Exploitation of funerals had reached a new level in the region when one member of Parliament from the pro-Kurdish Peoples' Democratic Party (HDP), Tuğba Hezer, visited the condolence tent of the family of the suicide bomber who killed 29 people in Ankara on Feb. 19. All the political parties harshly criticized her and some people in her group were arrested for promoting terrorist propaganda. As deputies have immunity, she could not be arrested, but the public reacted in various channels. This action has probably damaged the image of the HDP more than ever. Particularly in the context of a dispute between the United States and Turkey over the status of the People's Protection Units (YPG), as Turkey insists the YPG is a terror group affiliated with the PKK. The latest terrorist attack in Turkey had given an opportunity to put pressure on the U.S. and other allies to cut off support to the militia in Syria. However, the administration of U.S. President Barack Obama continues to view the groups that fight in Syria against DAESH as if they are American ground forces in the region although the group threatens further attacks in Turkey. The militia groups in Syria are clearly affiliated and in collaboration with the PKK, but the Western media plays an important role of perception management by simply calling them Kurds.

OFFERING CONDOLENCES TO A BOMBER

It may be argued that funeral ceremonies are about sharing the grief with those left behind so, until today many deputies have visited the consolation tents of the families whose children lost their lives in armed struggle. Yet, in this last case, a deputy's visit to the family of the suicide bomber who caused the loss of 29 innocent people's lives is totally and utterly unacceptable. Since funerals and consolation tents are spaces of expressing sympathy, any person who attends these gatherings clearly shows their support for the ideological cause. This visit has also proved the clear link between a political party represented in Parliament and armed groups threatening the country's national security.

It seems that so far, Kurdish families show content in exploitation of their children's dead bodies, but it should not continue like this as a corpse is not and should not be an instrument of power in constructing nationalism in the Kurdish conflict in Turkey and beyond its borders.