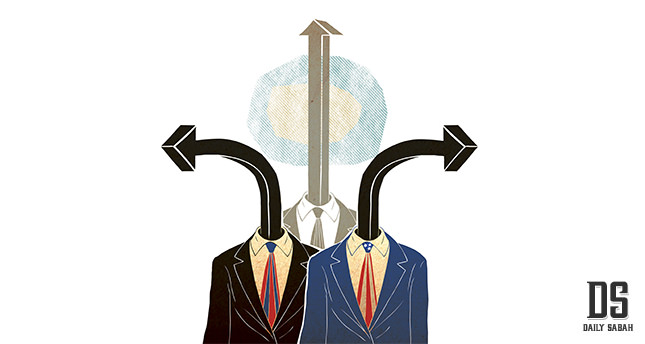 There are many reasons to be skeptical of the most recent U.S.-Russian agreement for a cessation of hostilities in Syria. The High Negotiations Committee (HNC), representing the main opposition bloc, initially announced its commitment to the agreement on the condition that Russia and the regime end airstrikes and the bombing of civilians. But it did not take them too long to claim that Russia was in fact intensifying its bombing campaign. Bashar Assad's regime also committed to the agreement while asserting that operations against DAESH and al-Nusra Front would continue. However, there is little reason to trust the regime will honor its commitment given its past behavior. In fact, the regime and Russia will more likely interpret the agreement as their campaign to destroy the opposition under the pretext of fighting terrorism having carte blanche.

Even if the opposition holds its end of the bargain, Russia, Iran-backed militias and the regime may undermine the agreement by attacking opposition-held areas in the name of targeting terrorists, specifically al-Nusra Front, which is present in many locations. Such doubts have repeatedly been expressed by the opposition. Even the Pentagon and CIA chiefs voiced skepticism about Russian commitment to the deal. This is a serious shortcoming of the announced agreement, as it gives a back door to the regime if it continues to attack the opposition while pretending to hold to the cease-fire.

Another potential shortcoming of the agreement is that it does not spell out exactly what might happen in the case of non-compliance. The deal calls for a task force to monitor compliance by the parties, but there is no serious consequence clearly laid out except that the task force would determine appropriate action and the parties would be left out of the protections offered by the agreement. Such vagueness might be purposeful, but it will have no way of deterring the parties from non-compliance.

NO POLITICAL PLAN FOR SYRIA

If everything goes well and the cease-fire holds and a U.N.-brokered political process gets underway as the agreement envisions, all the handicaps of past attempts at negotiations will persist. The opposition has been further weakened in the last two months due to Russia and Iran's intensified military campaigns to ensure the regime comes to the negotiating table from a position of strength. The most recent regime advances on Aleppo are rendering the cease-fire more beneficial to the regime than the opposition. Under these conditions, it is not clear whether the opposition can negotiate in a meaningful way.

On the whole, the agreement is designed by Russia to serve its goals in Syria. Russia's direct involvement in the conflict has not only propped up Assad and saved the regime, it also yielded results for Russian President Vladimir Putin's goal of securing recognition for Russia's great power status by the West. U.S. President Barack Obama's phone call with Putin to seal the deal was a gift to Putin to show that Russia is the only party that can deliver results in Syria and that it is only willing to play ball with the U.S. This is the reason why Putin is publicly promoting the agreement, while Obama shied away from presenting the agreement as a serious breakthrough.

With the U.S.'s Syria policy reduced to fighting DAESH, the Obama administration gets what it wants, at least on the surface that is, a potential reduction of violence and a renewed focus on DAESH by all parties. However, Russia has been using the Syrian conflict for a variety of short- and long-term goals such as international recognition, keeping Assad in power, deepening its Middle East footprint, reducing its international isolation and ultimately making Russia the indispensable player in the region. While Syria appears so useful for Putin, the Obama administration has no real interest in or appetite for dealing with the Syrian conflict in its entirety. This disparity in perspectives results in a diplomatic game that heavily favors Assad and his regional allies.

The mismatch between the goals of the main sponsors of the agreement is further complicated by the facts on the ground created by a variety of local and regional actors. For instance, while the U.S. is trying to "alleviate the suffering of the Syrian people" through the cease-fire agreement, the fact on the ground is that the opposition is being bombed and civilians are being pushed out of cities by Russian air campaigns and Assad's forces. In northern Syria, the PKK-affiliated Democratic Union Party's (PYD) People's Protection Units (YPG) militia is busy carving out an autonomous region for themselves at the expense of non-Kurdish populations. While both the U.S. and Russia are supporting the YPG, Ankara is increasingly alarmed that the PKK's Syrian affiliate is being given a free pass under the pretext that it is the only effective fighting force against DAESH on the ground.

While restraining itself from intervening directly in Syria, Turkey is trying to limit the PKK's regional reach and perceived opportunities. Given that the cessation of hostilities agreement excludes DAESH and al-Nusra Front alongside other terrorist organizations, Russia, Assad and the YPG will be able to make the argument that their activities are directed against DAESH. If the YPG continues to try to connect the PYD cantons and attacks opposition positions to create a contiguous entity in the north, Turkey may resume targeting YPG positions, as it did in recent weeks. In that case, keeping the cease-fire agreement alive may be more difficult. It would further strain the U.S.-Turkey relationship, as U.S. support for the YPG has become a sore point in the NATO allies' approach to the conflict.

The ideal scenario is one in which all parties commit to the cease-fire agreement and the progress leads to political dialogue to end the conflict. Unfortunately, however, there is very little hope for actually accomplishing peace given the differences in priorities for the U.S. and Russia, as well as the conflicting goals of the local and regional actors. It is no wonder that U.S. Secretary of State John Kerry argued that if this plan does not work, it may become impossible to keep Syria in one piece. In the absence of a comprehensive political plan for Syria, piecemeal steps like the cessation of hostilities agreements have little chance of accomplishing the giant task of ending the Syrian civil war and achieving lasting peace.