Will Verhofstadt condemn Netherlands, too? 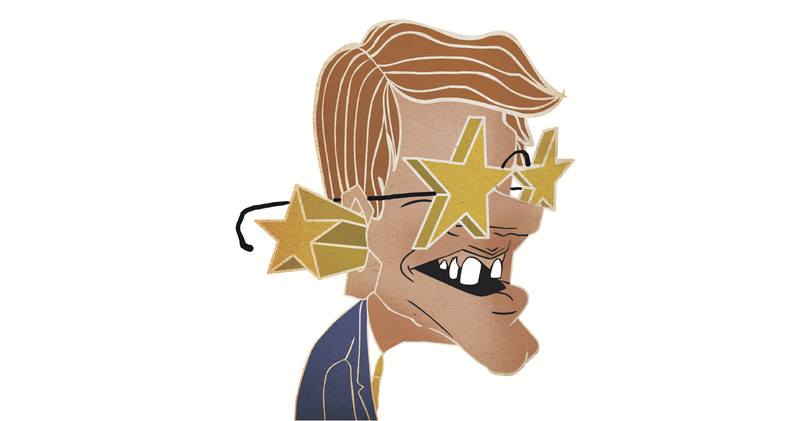 It must be hard now for Verhofstadt, who got it off his chest about refugees, FETÖ and other terror incidents in Turkey and remained silent on Dutch parliament, which rejected a proposal to hold a minute of silence for the victims of the terror attack in Ankara

Guy Verhofstadt, leader of the Alliance of Liberals and Democrats for Europe (ALDE), made some remarks recently about both Turkey and the refugee crisis. Also being a member of ALDE in the Parliamentary Assembly of the Council of Europe (PACE), I would like to express some opinions.

As may be expected, the matter at hand is a series of negotiations between Turkey and the EU over refugees, and the offer from Turkey. Additionally, police operations in Turkey against the Gülenist Terror Organization (FETÖ), which is as dangerous as the PKK, are an object of criticism.

Verhofstadt said: "Outsourcing our problems to Turkey is however naive."

This is an absolutely relevant view. But then, that is the thesis Turkey has been asserting from the very beginning. After the first months of the Syrian civil war, Ankara predicted how the issue would unfold, issued warnings, but the EU did not take any action until it felt the effects of the crisis through refugees.

Further, the EU timidly supported a coup staged in Egypt by current President Abdel-Fattah el-Sissi and his junta against an elected president, which led to the deaths of hundreds of civilians and represented the death of liberal democracy there. The EU just watched as confidence in the fledgling democracy in the region wanes. As a result, we have seen the rise of radical groups like DAESH in the Middle East.$10 BILLION FOR 3 MILLIONOf course, EU member states should take the initiative on this matter and face up to this problem. Telling Turkey to close its western border with Greece but open its southern border with Syria is not only unethical, it is also pointless for reaching a solution. Ankara has maintained its open-door policy from the very first day onward and will continue to do so. It has spent $10 billion for nearly 3 million refugees and achieved a much higher level of quality in terms of accommodating these people compared to refugee camps in the EU.

What problem, then, is alluded to here? I think the issue of how to stop the Bashar Assad regime's massacres, which has claimed the lives of an estimated 400,000 people so far, is not a priority yet. What is at issue here is only to keep refugees away from the EU. Fortunately, the ALDE does not approve of this policy and protects liberal-democratic ethics. But it seems that that there is still much confusion.

The ALDE should definitely object to the maintenance of the EU's strategy to get rid of refugees in the cheapest and fastest ways possible. That would please Turkey. There is no need to worry though, as Turkey will not go in with the EU on this issue. The refugee problem is caused by Assad's terror in Syria and a definitive solution to it can become possible only when peace is established in this country. For this reason, serious debates at the latest EU-Turkey summit over the creation of safe zones along Syria's border with Turkey are important.

Let's get down to Verhofstadt's remark: "Moreover we should not sell our soul for a deal with a country simply because we are incapable of dealing with our problems and implementing a real European solution."

Verhofstadt is totally right again. The EU has not fulfilled its responsibility. Turkey is not seeking compensation for the $10 billion it has spent. Moreover, if the EU engages in any planning for absorbing millions of new refugees - the next on the line is Egypt and unless the Middle East is approached with a new legal understanding, this century will witness a refugee nightmare - Turkey may even provide financial assistance to the EU. Nobody has to sell their soul.

I believe, however, that the country to be at the center of criticism or punished should not be Turkey.

Mr. Verhofstadt, leader of ALDE in the Parliamentary Assembly of the Council of Europe, you have made some remarks recently about both Turkey and the refugee crisis. Also being a member of ALDE in the same parliament, I just wanted to express some opinions.

Mr. Verhofstadt, you say "Outsourcing our problems to Turkey is however naive."

Verhofstadt was right to say that the EU outsourcing its problems to Turkey is naive. But I suppose that he believes Turkey plays a central role in the EU's efforts to deal with the refugee crisis will result in "ignoring Turkey's grave record of freedom of press and expression."

The last example you cited is about the investigation into the FETÖ.

He added: "In other words, we are accepting a deal to return migrants to a country which imprisons journalists, attacks civil liberties, and with a highly worrying human rights situation."

"The deterioration of press freedom in Turkey should be one of the points on the agenda of the summit. The violent takeover of the daily Zaman is an offence to Turkish citizens and EU leaders. We cannot stand by and watch."

Alright, what criteria did Verhofstadt use when making this evaluation? They must be EU norms, I think.

We are aware of the activities of the influential Gülenist lobby based in Brussels and Strasbourg. Shouldn't the ALDE and all the democratic-minded circles in the EU draw on more sources when passing such definitive judgments and turning them into parameters regarding the Syrian civil war and refugee crisis?

For example, can it be that they do not know that the FETÖ is as dangerous to Turkey as al-Qaida or DAESH is, that this clique has mounted an attack against democracy with thousands of members who had infiltrated government agencies, that they had illegally wiretapped tens of thousands of people, that they had stolen the answer keys of the Public Personnel Selection Exam (KPSS) and university admission exams and that these form the backbone of criminal charges in numerous cases against the group?

Is it possible that they may not know that the National Intelligence Organization (MİT) had identified two terrorists who drove the two bomb-laden cars that killed 53 citizens in the Reyhanlı district near the border with Syria and informed the police and the prosecutor's office several times about them, but that Gülenist police officers and prosecutors who are currently jailed pending trial protected these people?

Most recently, in an investigation into a sex tape blackmail plot in 2011, police found raw hidden camera footage of political figures from the opposition Republican People's Party (CHP) and the Nationalist Movement Party (MHP), the two strongest opposition parties in Parliament, at an informatics center at Süleyman Demirel University, which is dominated by Gülenists. Maybe Verhofstadt can also regard this as a crackdown on academia. But it is not so. He may end up embarrassed.

The Gülenist mouthpiece, Zaman daily, the media arm of the same organization, also faced legal action within the framework of law.

The PKK has killed more than 350 soldiers, police officers and civilians since July 22, 2015. Imagine 3,500 trenches in the streets of Strasburg, Paris or Amsterdam filled with tons of explosives, police officers being unable to enter these streets due to sniper fire. At a more recent date, a suicide bomber with ties to the PKK and Democratic Union Party (PYD) blew himself up in Ankara just 500 meters away from Parliament. A total of 29 citizens were blown to bits. One deputy from the pro-Kurdish Peoples' Democratic Party (HDP) attended the condolence ceremony held for the suicide bomber and praised him.Verhofstadt, do nt judge too quickly a country that is facing such an ordeal.

Above all, is it not a key tenet of liberal democracy that violence should be categorically rejected?

Turkey needs at least objective criticism from its European friends while simultaneously fighting DAESH, the PKK, Revolutionary People's Liberation Party Front (DHKP-C) and the FETÖ within the law and paying a price.

And finally, Verhofstadt will you make any remark about Dutch parliament, which rejected a proposal to hold a minute of silence for the victims of the terror attack in Ankara?