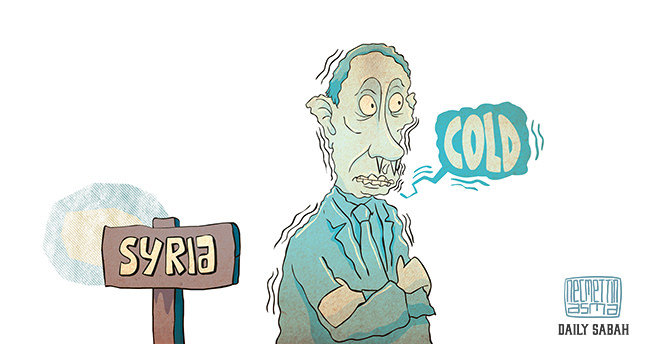 Just how quickly geopolitics can take a dramatic turn can be seen from the souring relationship between Turkey and Russia. Since the downing of a Russian warplane by the Turkish Air Force on Nov. 24, 2015, the Kremlin leadership has been furious with Turkey and bilateral relations have nosedived from the recent all-time high.

Many pundits view today's problems in the context of the age-old Ottoman-Russian rivalry. At the height of its power, under the reign of Peter the Great in the 18th century, the Russian empire expanded into regions previously under Ottoman rule. It must be kept in mind that the period of Tsarist rise was during the declining phase of Ottoman rule. But today, neither Turkey represents the shrinking Ottoman Empire nor the Russians the ascending Tsars. In the wake of the recent events in the Middle East, a myopic Russian leadership has allied itself with the Shiite bloc, led by Iran, and the accompanying sectarian militias armed and funded by the "revolutionary" regime in Tehran.

The Russian military intervention in Syria and Putin's threatening calls against Turkey are bound to alienate Russia from the wider Muslim world, which is predominantly Sunni. But Russia has opted for its short-term goals of keeping its interests in Syria, as guaranteed by the puppet Assad regime, and to support a crazy sectarian militancy. Russia is doing all this with the tacit support of the United States, a perennial troublemaker in the Middle East.

In its mindless adventures, Russia has decided to overlook the practical benefits of friendly relations with Turkey. The burgeoning economic ties between the two countries could help both to diversify their economies and create an environment where Moscow would not have to conduct petty provocations to show off that its weapons are equal to those possessed by the American military.

The annual trade exchange between Turkey and Russia, which includes Russian tourist arrivals in Turkey and Turkish construction work in Russia, went beyond $40 billion, with great potential for further growth.

As economic vulnerabilities in Russia have forced Moscow to gradually withdraw several unsustainable unilateral sanctions against Turkey, recently Russia has also restored the licenses of Turkish contracting companies and lifted the ban from air travel to Antalya – the most popular Turkish destination for Russian tourists.

The deterioration in bilateral relations will not only hurt Turkey, but will also have a serious and damaging impact on Russia. Given the dependency of the Russian economy on energy exports, with energy prices at record lows, Putin is not in a position to sustain an open-ended misadventure for long. Despite his March 14 announcement to withdraw the "main part" of its military, finding a decent exit strategy from Syrian quagmire will not be an easy task.

After the collapse of the Soviet Union, the Russian economy went into disarray and the country has not yet reached a comfortable level of stabilization since. Russia managed to put its house in order and achieved steady economic growth in the first decade of the 21st century thanks to exponentially rising energy prices. Yet the country is heavily dependent on energy exports and the steep fall in the prices of energy products and the slowing demand of energy in Europe have put pressure on the economy. Sanctions imposed by the European Union and the U.S. after the Ukraine fiasco has also crippled her economy.

Turkey has many cards in its possession, most important of them being the Turkish straits. The 1936 Montreux Convention Regarding the Regime of the Straits gives Turkey significant rights to control the traffic in the Bosporus Straits and the Dardanelles. Turkey also has a number of cards in Ukraine, Georgia and in Turkic Central Asia and the Caucasus.

The Russian aircraft incident has plagued the hopes of Turkey's independent foreign policy approach in the region, whereas Russia has lost a bulwark, a NATO alliance member, in Eurasia. So, the worsening relationship between the two is a huge loss for both the countries in dealing with the dishonest dealings of the U.S., EU, and NATO.

With its illegal actions in Syria, Russia has done what the United States is known to have been doing for a long time: disregarding massive human suffering, creating hordes of refugees, launching highly destructive weapons against civilians, destroying infrastructure, propping up murderous regimes, and arming and instigating terrorist groups. Russia is publicly critical of such acts when performed by the U.S., but now Moscow has to consider its own behavior in Syria and other places; when push comes to shove, the possession of long-range nuclear missiles can make leaders mad, whether they are in Moscow or Washington.

Russian gas comprises more than half of the Turkish annual liquefied natural gas (LNG) consumption. Though Russian energy supplies to Turkey are flowing unhindered since the eruption of the crisis, there is still the danger of further escalations in hostilities. Notorious for using energy resources for geopolitical purposes, Russia is unlikely to jeopardize its economic vitality at a time when energy prices are as low as they are now. Right now, it is a buyer's market in oil and gas.

Turkish-U.S. cooperation on regional issues has increased despite Washington not being honest about its dealings. The sudden impact of Russian rhetoric forced Turkey to cooperate more in the architecture of NATO security and increase contacts with the EU. Also, the Russian-Turkish rivalry directly impacts the Central Asian republics, and there is a growing uneasiness about the pitfalls of this development. In short, the entire region is wary of Russia and Putin's policies.

Turkey has increased its cooperation with Qatar and Saudi Arabia on regional issues and their ties are expected to grow further under the aegis of the new Saudi-led alliance against global terrorism. The Saudis may also encourage Turkey to establish at least a working relation with the Egyptian coup regime in the wake of new developments. At the same time, news of rapprochement with Israel will keep circulating in the media and in diplomatic circles. But for any reconciliation with Egypt and Israel, the two need to change their policies and somehow meet Turkey's non-negotiable pro-people demands. The el-Sissi regime in Egypt needs to bring tangible democratic changes and Israelis will have to heed the Turkish demand of lifting the Gaza siege.

Since the crises, a cheap, nonsensical and demeaning propaganda campaign has been launched by Russian media outlets, directly or indirectly controlled by the state, against Turkey and its top leadership. Their vicious campaign against Turkey is obviously meant to avenge for the downing of the warplane, but it has caused severe damage to bilateral relations.

The Russian military offensive in Syria, its renewed strategic interest in the Middle East by a dangerous alliance with the sectarian Iranian regime is set to further alienate Russia from the Islamic world. Russian hegemony continues to grow but it appears that the Turkish downing has infuriated Putin so much that he is unable to see the extreme Russian provocations in Syria and the repeated violations of Turkish airspace. Thus, in the present scenario, there appears little hope of rapprochement between the two countries anytime soon on Putin's terms.