13th OIC summit: An opportunity not to be missed 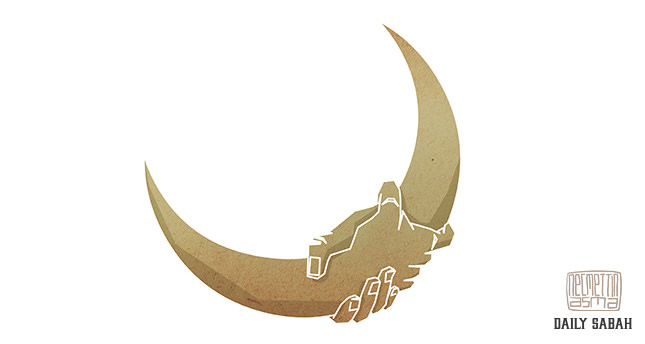 In order for the OIC to establish itself as an organization that can tackle the problems in the Muslim world, member countries need to do away with the focus on the state and start to care about their populations

An obvious conclusion of any discussion on the Organization of Islamic Cooperation (OIC) is that the group serves only for the ceremonial unity and strength of Islamic countries. Its long list of failures overshadows its limited success. It does not mean that member countries are also failing, but rather that some of them are doing well in their own regional groupings such as the members of the Association of Southeast Asian Nations (ASEAN), Shanghai Cooperation Organization (SCO), Gulf Cooperation Council (GCC) and the Arab League. This dichotomy represents a typical mismatch between real interests and idealism attached with the group. The OIC's predictable pessimist performance is more related to its failure to find an agenda responsive to the socio-economic realities of the post-colonial world.

Some rude facts disappoint any observer of the OIC's 50-year journey with no destination. With 22 percent of the world population, OIC member states' share of global gross domestic product (GDP) is only 8 percent and constitutes nearly 2 percent of world trade. Among them are 22 countries listed as the least-developed countries by the United Nations Organization (UNO). With the exception of oil-exporting countries, most of them are lower- or middle-income countries. This inequality is reflected in every indicator of development. OIC reports say that 25 percent of OIC member states' population cannot access medical services and safe drinking water. Moreover, their capability to be among producing countries has faced serious challenges as their share in the total GDP of the group of developing countries keeps fluctuating.

To make things worse, long-term conflicts have consumed much of their resources and also damaged their social and political institutions, making these countries the least suitable for democratic institutions and culture. With unaccountable institutions, a culture of dialogue and negotiation is being replaced with the culture of violence and extremism. A group that was created to find an appropriate reaction to Israel's aggression on Al-Aqsa Mosque in 1969 is facing far more brutal aggression originating from their own countries. What has happened in Afghanistan, Somalia, Syria and Iraq in the last decade is simply an outcome of policy failures of Muslim countries. Extremism and terrorism is a phenomenon largely identified only with Muslim societies.

A common Muslim might curiously ask why the OIC fails to evolve a common market, common public sphere and increase cooperation between states and their people. Their attention first goes to the European Union, which defines itself as "an area of freedom, security and justice without internal frontiers." In aftermath of the world wars, regional governments had no choice but to keep their people and their welfare at the core of regional cooperation. As opposed to the EU, the OIC's objective, despite having been victims of colonialism, maintained a gap of mistrust between states and their people. The OIC's objective "to promote human rights and fundamental freedoms, good governance, rule of law, democracy and accountability in member states" is evidently flawed when it restricts it with many repressive conditions, apparently to protect the state. OIC member states' failures to translate their Islamic solidarity into a common market and create comparative advantage are primarily because justice and peace for common citizens is missing from their public policy. The way the Syrian and Iraqi crises have been managed by their governments and their regional and international allies clearly shows that the common human concern is the last thing taken into account in their strategic deliberations. This goes to the extent that the basic aspirations of a citizen are easily attributed to terrorism by the Syrian and Iraqi regimes, and the killing of their people is defended by their international allies under the pretext of "sovereign right." Between these two extremes lies the role of regional and international players who are taking and changing sides for convenience, and the peace process in Syria and Yemen is the biggest casualty of this strategic-sectarian hypocrisy. This summit provides one more opportunity to correct the course and find the missing links of development and justice whose absence is conveniently convertible to a sectarian-strategic complex.

Two of the most important issues that have been weakening Muslim countries are terrorism and the development deficit. Perhaps more serious is the rise of extreme interpretations of Islam by Sunni and Shite groups to justify the use of violence against each other in Syria, Iraq and Libya. A large number of Muslim populations around the world are the victims of terrorism or the development deficit. There is no good scenario in sight to expect a peaceful and prosperous future. The conflicts in Syria and Iraq are so deeply entrenched that both sides of the conflicts have already taken external military help from Russia or the U.S. The most frustrating outcome for a common Muslim is that if a group of 52 countries has no mechanism to prevent the systematic use of violence, the group loses its relevance. A closer look will confirm that the major source of violence and counter-violence by either group is persistent of institutional injustice. Libya's Moammar Gadhafi, Egypt's deposed long time President Hosni Mubarak, ousted Tunisian President Zine el-Abidine Ben Ali, former Iraqi Prime Minister Nuri al-Maliki and Syria's Bashar Assad, for example, symbolize nothing but this institutional injustice they had been exercising against their political opponents for decades. Does the OIC have any mechanism to stop such institutional injustice by introducing a universal agenda of justice and rights for all its member countries' citizens regardless of their sect, gender or religion? A powerful voice against terrorism will come only from a society whose relation with their states are based on mutually agreed social contracts, which is something unfortunately absent from many Muslim societies. At a time when the entire world is advocating for greater freedom, justice and empowerment, social contracts written by the colonial power continues to be the main reference in the Islamic world.

The OIC's 13th Islamic Summit has received worldwide attention mainly because it is being hosted by Turkey for the first time in the group's history. It is both an opportunity and challenge for Turkey to reassert its soft power through the theme of this summit: "Unity and Solidarity for Justice and Peace." Turkey is seen as the only successful model among Muslim countries where education and health, for example, received the largest share of budget allocation, a country that has become one of the top-five providers of humanitarian aid and host to the largest number of refugees from Syria and other conflict-stricken countries. On conflict resolution, Turkey's peace process with the outlawed Kurdish PKK and Turkey's fight against DAESH has been derailed by none other than its Western partners. A common interest of all Islamic countries hence has become to realize the limits of their reliance on Western support and to build their own capabilities to resolve their crises and to make the Islamic bloc free from external interventions from both Russia and the U.S.