Transition from laicité to secularism in Turkey 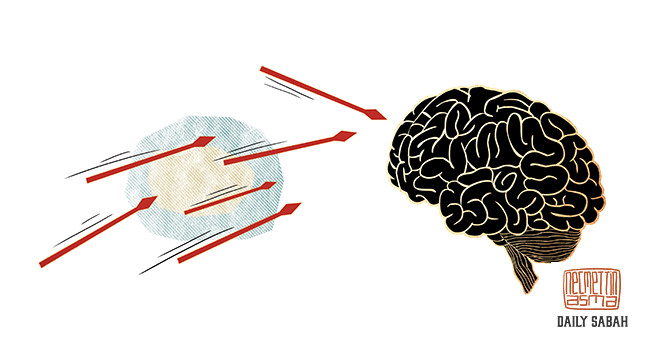 Transition from laicité to secularism in Turkey

Laicity, one of the founding principles of the Republic of Turkey, has been a topic intensely debated for decades in the country. Disputes over the term stem from ambiguity and the way it has been implemented in the everyday lives of citizens. It was originally adopted from the French Constitution's first article: "France shall be an indivisible, laic, democratic and social Republic. It shall ensure the equality of all citizens before the law, without distinction of origin, race or religion. It shall respect all beliefs. It shall be organized on a decentralized basis." It was supposed to have meant governments would not take any position on any religion and not interfere in the religious lives of its citizens. In practice, however, both in France and in Turkey it has now come to mean that religion was something an individual does behind closed doors. In this sense it goes further than just separating church and state and hinders the universal human rights of freedom of thought and, particularly, the expression of religion in the public sphere. There might have been a slim chance of implementing it in a rather homogeneous, say Catholic, society before globalization, but the concept has become increasingly problematic, especially in today's multicultural societies.

In the past, French governments could protect their citizens from the sway of the Catholic Church, and Turkish governments pretended that there was no other religious belief, and they would try to remove the influence of Islam on the path toward modernity. Yet in today's more democratized Turkey, small religious minorities are more conspicuous, and they demand their fundamental rights from the state. Similar to France, the concept of laicity has been considered one of the precious values of the Republic in Turkey, but, as mentioned earlier, it is now a thorny subject that begs at least some modifications on par with the changing circumstances of the globalized world.

The notion has had a rather adventurous journey in Turkish history, which could explain why it has come under attack in recent years. Historically, Turkey was established on the remains of the Ottoman Empire as a laic, a la Française, not the British type of secularism, nation-state without any social contract. The founding figures of this state wanted Turkey to imitate Western modernization. However, this modernization project was not particularly successful, as the founders failed to persuade the ordinary Turkish public, particularly those in Anatolian rural areas. During the modernization process, other ethnic and religious communities, including Kurds, Alevis and non-Muslims like Greeks and Armenians, were compelled to assimilate or migrate. There was a one-party regime until the second half of the 20th century, and as was the case, the ruling Republican People's Party (CHP) could not adapt to the multi-party system since the public continuously rejected their modernization project. The modern CHP has not been able to return to power in free elections since the 1950s, with a brief exception in 1974, as there was a discontinuity and huge gap between the public and the party administration. The CHP gradually became dependent on extra-parliamentary sources to come to power. These sources are disreputably unacceptable in a democratic regime. These extra-parliamentary powers carried out three military coups in the 1960s, 1970s and 1980s. These coups were carried out on the pretext of imagined threats by the so-called regressive tendencies of the people. These powers did not cease their interventions until recently, finding an excuse to apply more post-modern coups whenever they saw fit. Every time these extra-parliamentary powers intervened in politics they tried to strengthen the so-called Republican values by way of implementing more measures to stop people practicing their religion in the public space. Yet, they did not realize that using such terms like Republican values or accumulations of the Republic every so often had led them to lose their force and meaning.

The regressive tendencies of the people were simply some futile attempts at expressing their Islamic beliefs in public like the visibility of women's headscarves, propagating their religion or merely demanding a more religious lifestyle. The unintelligible concept of laicity was one of the most important causes of exacerbating religious and racial tensions rather than enhancing social harmony in a heterogeneous and multi-religious society. The majority of practicing Muslims felt targeted by laicity, as it was utilized as an instrument to discriminate against them in the public sphere.

The recent governments of the ruling Justice and Development Party (AK Party) have been attempting to curb this militant characteristic of laicity and trying to adopt a rather more libertarian, British type of secularism based upon the respect of the state for the freedom of thought, especially in the religious realm for all citizens. Yet achieving this target is not totally inconceivable even though it seems very difficult considering laicity's deep roots. The Turkish state had already started by revoking laws against religious expressions in public institutions. Similarly, at the primary and secondary school level, children have begun to be educated about world religions, but under an obligatory regime of religious education the curriculum still lacks sufficient information on other religions as well as other Islamic traditions like Alevism - probably because of a shortage of trained teachers. As Turkish society becomes more diverse, it needs to become more tolerant of other beliefs and worldviews by encouraging difference rather than suppressing it. For this reason, the current Presidency of Religious Affairs, which hails from the early Republican era, could be replaced by a Religious Affairs Ministry that would address the problems of all religious beliefs and non-beliefs in the country without discriminating against any of them.

The recent debates on the writing of a new constitution rarely address the problem of religious representation, and perhaps, it is considered a part of freedoms that are intended for everybody. Yet the ongoing debates clearly show that there must be a specific chapter on freedom of expression that also involves a manifestation of religious belief. The new constitution needs to be a declaration of a transition from the French type of militant laicism to a more libertarian British type of secularism. In other words, the Turkish state should provide its citizens with a freedom to believe or not believe whatever they like instead of dictating only one form of religion.

* Professor of anthropology in the Department of Radio, Television and Cinema at Marmara University
Last Update: February 02, 2020 02:08