Brexit and beyond: Dangers in a war of word? 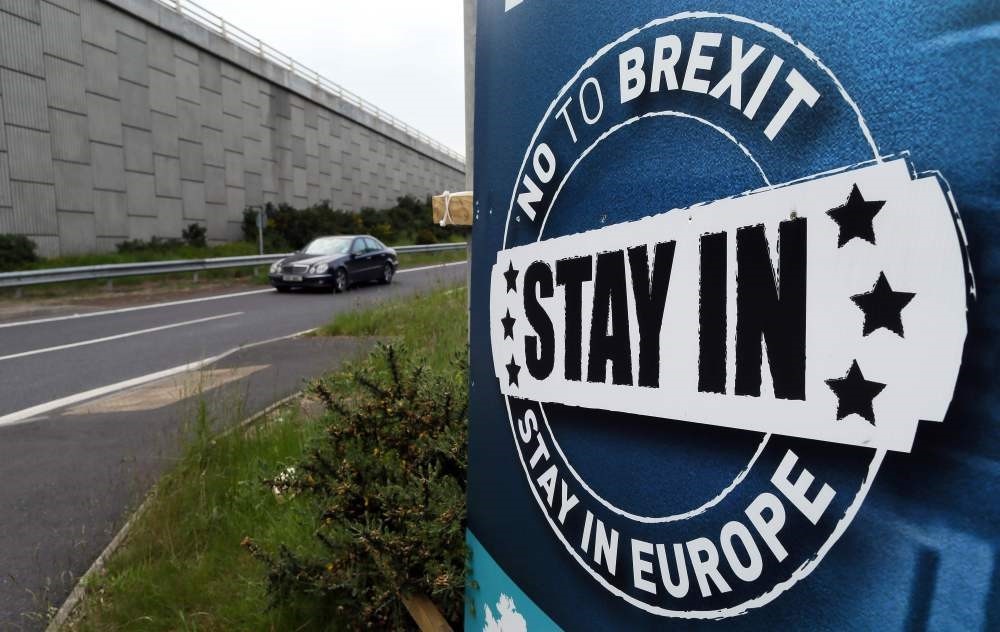 by Sir Geoffrey Nice Jun 22, 2016 12:00 am
British Labour Deputy Jo Cox's murder came as a shock, but not a complete surprise. Thousands, perhaps millions, of our citizens have realized that our politicians are taking risks with our often peaceable nature by the language they have been using. Those who saw a risk said nothing, or little, so as not to scaremonger, to not make self-fulfilling prophesies. They watched and listened with despair, waiting for a politician to concede real sense in their opponent's argument and invite the audience to weigh things up carefully, just as you might hope would happen if you were a cabinet minister being briefed by civil servants, or a decent "Captain of Industry" being advised on how a particular decision should be made. Instead, with our politicians persisting in the belief that aggressive, gladiatorial, adversarial debate is as useful as it is entertaining, we have been bombarded with competing arguments we cannot possibly evaluate.

The language many politicians have used in these adversarial debates has not been for our benefit, not truly to inform or to educate us, the mass electorate. Justice Minister Michael Gove and former London Mayor Boris Johnson, Prime Minister David Cameron and Chancellor of the Exchequer George Osborne do not really want voters to weigh up economic forecasts or security briefings in order to make a decision. Not at all. They want us to be persuaded by their - G&J's or C&O's - arguments and presentations on facts they assert because they know voters do not have the necessary expertise to properly judge. Can many of us explain why we accept or reject an argument about loss of gross domestic product (GDP) that will or not follow a Brexit? Few probably, almost none. We choose between presenters and we do not assess and decide on the merit of argument because, in truth, we cannot. And so language has, from the start, been more important than content, something that will become only too clear if the winning side's forecasts are shown in due course to have been wildly or even dangerously wrong, and then it will be the presenters, not the arguments, who will be held to account.

You need little experience or knowledge of violent conflicts to know that to divide a society by thoughts or beliefs that confront each other across an unbridgeable trench is to take a risk. And it is no use saying that anyone who responds to the sight of the trench with violence is mentally disturbed - this is close to the argument America uses about lone gunmen time and time again. We liberal outsiders from the U.K. will have none of that argument - it is the gun-laden society, we argue, that allows the mentally disturbed individual to commit mass killings, and that is to blame. And so, closer to our U.K. home, to create by extravagant language a trench between lines of thought that makes one part of a society see no sense at all in the other part of society was always to create a grave risk. "Tribal" division of any society thus achieved is one of a limited number of prerequisites for mass violence. Did our politicians not realize that, and did they not sense the slope on which they balanced and may have slid?

It will be interesting to see if any deputy or peer in Westminster apologizes for having raised the linguistic stakes to such a fever pitch as to release active lunacy in others. It will not happen. Governments, political groups and party machines do not acknowledge guilt and never apologize. Justify, yes; get others to apologize, yes; apologize themselves, never. The mental state of Cox's killer can be questioned, but the EU referendum was imposed on all, including the clever, those who think they are clever, those who are not clever and those who may be disturbed. A decision by all for all; a decision pushed onto us for no good reason and something that will not be apologized for whatever the result.

None of the above helps me with my vote, which is to remain in the EU. And for the simplest reason rarely stated, namely that we are neighbors engaged in a neighborly project that would be quite wrong to quit. The economic and world influence arguments have been won. Of course, those foreign and national experts could all be wrong, but the arguments about economic consequences combined with loss of influence are overwhelming. It would have been better for Brexit to have said: Assume a 2 percent drop in GDP, accept departure of major institutions from the U.K., allow for an increase in unemployment and a drop in house prices, we still say Brexit is right. Then their argument might have won respect from those wrestling with expert opinions they can only assess by their overwhelming bulk.

No, we joined up. We are quite as much part of the villainous "they" attacked by Brexit as anyone else, and it is our democracy that puts in place our EU commissioners, it is our citizens who are part of the EU civil service because they can apply to work for the EU just as they can for the U.K. civil service, it is our ministers who work on the Council of Ministers and our lawyers who become members of the Court of Justice. Throughout the life of the club we asked to join, we have been able to seek change, to publicize the need for change and to effect change. And we have done much of that. It may well be that we have not done as much as we could have done to publicize in our national electoral contests what needs to be improved in Europe and, if so, then it was our fault, not the fault of the EU, "they" on whom Brexit campaigners heap all the criticism. The referendum has at least shown that there is fellow feeling - fellow concern - from others within the club about many topics. We can work harder on those and with increased prospects of support. But on whether we should break up the club and return to nation-states seeking power they do not merit in a world largely centered elsewhere, the answer is clear to me: Stick with our neighbors.

And what about immigration? It is, of course, the ultimate neighbor issue. Ultimately, it will fall to the same principal - utilitarian- or religious-backed as it may be - that it is in your own best interest to treat your neighbor as yourself. As neighbors, we should treat each other on good neighborly terms; it is, maybe, far too early to accept that all of Africa is to be treated identically as our European neighbors should be treated. But imagine Europe as a set of semi-detached houses in a suburban street facing refugees where all houses bar one have signs allowing lodgers or tenants on reasonable terms. The only house - neatly painted in red white and blue - that is different, is ours, the U.K.'s. It says "no" to immigrants. Just as houses in the U.K. used to in earlier days, the 1950s and 1960s. Those of us who can recall those days will remember the embarrassment that slowly dawned on us, forced on us by writers, journalists and filmmakers. We can recall how embarrassment turned to a sense of disgrace. We know how making a special case for our neatly painted house now will bring disgrace and who knows what else in the time to come. On immigration we must act now jointly with Europeans within Europe as good neighbors in order that we may all ultimately act as good neighbors in a dangerous, troubled world.