After the death of Jo Cox: The end of political prudence and hypocritical wording of terrorists in the UK 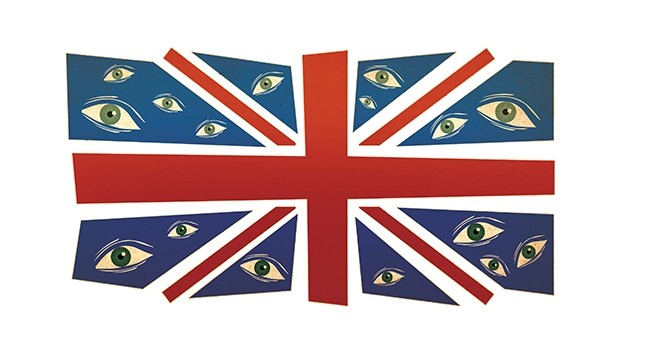 Taking a glance at the mainstream media, the killing of British Labour Deputy Jo Cox has been shown as an exceptional and individual criminal case. Thus far, murdering a politician neither created as much indignation as the Brexit referendum nor the Orlando massacre in the United States.

Actually, the murder of Cox was the only political assassination in the U.K. in the last 26 years since Ian Gow, a Conservative politican murdered by the Irish Republican Army (IRA) in 1990. He was the last to be killed in a chain of British politicians assassinated by the IRA.

This time Thomas Mair, Cox's murderer, is not an exceptional case, nor is his killing a problem of mental health issues. It is a rising problem of Islamophobia, xenophobia and far-right extremism motivated by terror in Europe, and Cox is the latest but not the last victim of it in our times.

Since there is much evidence to call this political assassination an act of terrorism, it is still quite surprising that the British government and mainstream media are not going deeper into the case.

The world has been weighed on by the United Kingdom's vote to exit the European Union, and a tragic assassination happened right before the referendum. The killing of Cox was a strong signal to illustrate the end of political tolerance and prudence in the United Kingdom, as she was worrying.

However, murdering a politician did not create enough indignation, as Brits chose to leave the EU. Media coverage remained short as it simply played the role of a condolence letter after Cox's death, but did not emphasize the motivations of her killing.

After 26 years, this time from an opposite political fraction, Cox was murdered due to her political views in the middle of political turmoil in the U.K.

Her husband Brendan Cox said how she was committed to her idea and strongly underlined that she was killed because of her views. Essentially, she had been worried about increasing polarization in Britain's political life, including a coarsening of language and people taking more extreme positions. "She worried about the tone of the debate" that focused increasingly on immigration and "about the tone of whipping up fears and whipping up hatred," he said.

As we take a closer look at the life of Helen Joanne Cox, it appears that she was the first member of her family to attend university. She graduated from Pembroke College, Cambridge and the London School of Economics. As a proud daughter of a factory-worker father, she even worked packing toothpaste in the summers. She was married to an international development advisor and had two children. She was killed at the age of 41.

As a great advocate for the ethnic and religious minorities in the U.K., she was dedicated to humanitarian issues and charity organizations for refugees throughout her life. During her work at Oxfam International she had run many campaigns for disadvantage groups in Darfur and Afghanistan. She was a pioneer of the Palestine issue and called for the lifting of the blockade of the Gaza Strip.

Lately, the Syrian civil war took up an enormous part of her efforts, and right after taking a seat in parliament, she was more passionate in her campaign for refugees. She founded and chaired the bipartisan group Friends of Syria. Cox was also a supporter of establishing civilian zones inside Syria and offered a more comprehensive strategy that would also include combating the brutal regime of Bashar Assad, as opposed to only DAESH.

Focusing on humanitarian, immigration, diversity and people living with atrocities in Palestine, Syria and other places around the world were all at the center of Cox's objective.

While campaigning for the U.K. to stay in the EU and to welcome refugees into her country, she was killed by far-right extremist, Thomas Mair.

Terrorism is defined as the use of violence or threatened use of terror targeting civilians, public intellectuals, politicians and security staff in order to achieve a political, religious, or ideological aim. Religious groups as well as racists and nationalists can practice terrorism, as we see in this case. Evidently, Mair's killing of Cox was an act of terrorism to spread fear in British society stemming from immigration, the Brexit vote and Islamophobia.

However, how the British government and media perceived it remains a big question.

A far-right- and anti-immigrant- motivated attack has been underestimated and oversimplified by the media. It was an act of hate, not just personally against Cox, but hate for all the principles, like pro-immigration and anti-Islamophobia that she stood and fought for.

At first glance, taking a look at the mainstream media, Cox's murder has been shown as an exceptional and individual criminal case. Mair, the murderer, according to his brother was "a loner with a history of mental health problems."

"She believed in a better world and she fought for it every day," was the dominant title after the attack. There is no doubt that Cox stood for values that serve to make our world better and which also deserve appreciation, but these facts should not be used to consciously overshadow the dimension of a hate crime.

However, the motives that led Thomas Mair to this murder have unfortunately been kept in the background. No clear emphasis has been put on his radical, far-right and extremist view to describe his motives for the attack, although he shouted "Britain first" as he carried out the attack, according to witnesses. Mair also said: "Death to traitors, freedom for Britain," when he was asked to confirm his name in court. An attack, which has to alarm European countries regarding far-right extremism, nationalist terrorism and threats to multicultural societies, has not been taken seriously enough. In contrast, it has been taken as an individual act, which was supposedly motivated by individual and mental health problems.

Similarly, background information like Mair's subscription to S.A. Patriot, a far-right magazine against "multi-cultural societies," "expansionist Islam" and "the eradication of Jewish people" and his links to the U.S.-based National Alliance, a neo-Nazi group, has been undervalued.

Mair has also been kept anonymous in a way, as coverage did not use photos to show his face. Pictures showing, for instance, Mair's mug shot while in police custody could not be seen in media. In contrast, it was a drawn image, supposedly Mair, which has been used in news coverage. As is well known, this is unusual when the suspect is Muslim. Everyone will remember the hateful pictures of "Jihadi John," a DAESH terrorist, with a knife in his hand, which was used over again for weeks. He seemed to threaten the whole world in that picture. A current example is Omar Mateen, the suspect in the Orlando shootings, whose pictures has also been used widely. In addition, it was not just pictures of Mateen, but also of his wife and family, which is ethically questionable. What makes Mair's horrible act different from those of "Jihadi John" or Mateen? Why are Mair's pictures not widely used like when the suspect is Muslim?

What Mair did is not just an expression of intolerance, as British Prime Minister David Cameron said, it is the result of the radical, far-right hate European countries are currently failing to struggle with. Terms like "intolerance" or "radicalization" are not powerful enough to show the true dimension of hate crimes. It is also an act of terrorism that has nothing different from the others we have seen before. The subject and the object may be different, but the act of terrorism is the same every time. It is the result of hate.

Strictly speaking, the motive for Cox's murder was hate for immigrants, hate for everything Cox stood and fought for. Her fight against Islamophobia and her support for immigrants were clearly Mair's targets. This hate should have been at the forefront of media coverage and not the suspect's mental health problems or the shock his family felt when they heard that a family member had killed a deputy.

Mair is not an exceptional case, nor is his killing a problem of mental health issues. It is a rising problem of Islamophobia, xenophobia and far-right extremism in Europe. Terrorism and extremism are threats to our values, no matter from whom it comes. Seeing terrorism from one group as more dangerous than from another is bigotry we have to fight against as well.

Apart from this, given that Mair will face a judge under terrorism protocols, why is he not called a terrorist? Would he have been called that if he shouted "Allahu Akbar" instead of "Britain first?" This is an ongoing dilemma of Western-dominated media discourse, which always tends to blink at the fact that a white man cannot be a terrorist.