Can there be a Turkish-Saudi alliance? 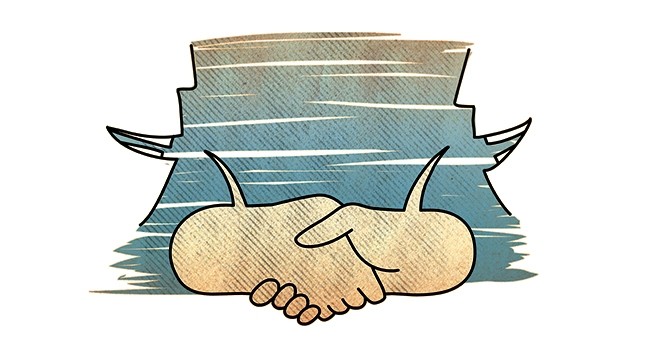 Illustration by Necmettin Asma - twitter.com/necmettinasma
by Fadi Farasin Jul 09, 2016 12:00 am

Although it is still premature to talk about a Turkish-Saudi alliance, the hope is that one day it will soon materialize. An alliance between the two regional powers will benefit the Middle East and the Islamic world

Turkish-Saudi relations, going back to 1929, have traditionally been cold and distant except for when Turgut Özal was in power. However, with the arrival of the Justice and Development Party (AK Party), Turkey's foreign policy underwent major changes, becoming more independent and putting an end to a tradition of shunning the Middle East. Instead of a foreign policy characterized by subordination to the West and intentional neglect from many of the historical spheres of influence of the Ottoman Empire, an active engagement policy was instituted. Saudi Arabia welcomed this transformation of foreign policy and its bilateral relations with Turkey started to flourish with significant trade, tourism and investment.

The emerging rosy picture of Turkish-Saudi relations came to an abrupt end with the beginning of the Arab Spring. Whereas Turkey provided strong support for the democratic movements in Arab countries and saw in them an opportunity to solidify its position as a leader in the region, Saudi Arabia saw them as a threat carrying the possibility of ending the status quo and with it the Saudi way of governance. Turkish-Saudi disagreements reached an apex right after the military coup in Egypt in July 2013, which ousted the only democratically elected president of Egypt, Mohammed Morsi. Saudi Arabia provided financial, economic and political support to the military coup while Turkey vehemently rejected the overthrowing of a legitimately elected president and criticized the countries that supported the military coup.The cooling of relations proved to be short lived. The arrival of a new leadership presented in King Salman at the beginning of 2015 reshuffled the priorities of Saudi Arabia's foreign policy and its perception of security threats and unleashed an interventionist kingdom. Saudi Arabia found itself encircled by its archrival Iran in Iraq, Syria, Lebanon, and Yemen. For Saudi Arabia this did not just present losing ground to a regional rival, but also presented an existential threat to Saudi interests in the Gulf and beyond. Traditionally, and under such circumstances, Saudi Arabia would have relied on the unwavering support of its ally the U.S., but this time around things have fundamentally changed. The U.S.'s weariness after its unsuccessful adventures in Afghanistan and Iraq coupled with the U.S. shale gas revolution, which decreased its dependence on Gulf oil, and the U.S. pivot to Asia have all made the U.S. less willing to go along with Saudi Arabia, instead adopting a less interventionist policy in the Middle East and searching for a new arrangement that includes Iran to safe guard its interests. Saudi Arabia came to the obvious conclusion that it could no longer rely on the U.S. and, in the process, rediscovered Turkey as a potential ally.

The same is also true of Turkey, which is deeply frustrated with the U.S. and its Western allies, who turned out to not be reliable allies after all. These allies refused to heed Ankara's demand to establish a safe zone in northern Syria and provide the Syrian opposition with the necessary weapons to overthrow the regime of Bashar Assad. To add insult to injury, the U.S. outright supports a terrorist organization, the Democratic Union Party (PYD), which is no more than an extension of the PKK, an organization waging a bloody terrorist campaign against the Turkish state. It is no secret that Turkey has found itself isolated in the past few years, and developing its relations with Saudi Arabia provided a venue to break its isolation and reinforce its position in regional affairs.The disillusionment with the U.S., the Syria crisis, and Iran's growing influence in the region form the cornerstone of Turkish-Saudi rapprochement. Despite Ankara being disturbed by Iran's sectarian policies in the region, however, there are limits to how far Turkey can go to counter Iran. Turkey imports sizable amounts of energy from Iran - 20 percent of its gas and 30 percent of its oil - and these amounts have become more significant as Turkey tries to diversify the sources of its energy away from Russia. Also, bilateral trade between Turkey and Iran, which stood at $9.77 billion in 2015, holds a lot of potential, and with the nuclear agreement between Iran and the P5+1 completed and economic sanctions eased, the target of raising bilateral trade between Iran and Turkey to $30 billion is a realistic and achievable target. But the factors shaping Iranian-Turkish relations are more complex than just energy security and trade and extend to include matters of geopolitics, history and culture. This is the reason why Turkey and Iran have successfully managed to avoid conflict since 1823.

Rapprochement between Turkey and Saudi Arabia has been a breath of fresh air for the people of the two countries and has fueled the dreams of the people of this region in which Muslim countries come together in solidarity to solve the problems of the region and safeguard their interests against foreign plans and schemes. Despite all the positive developments in Turkish-Saudi relations, it is still premature to talk about a Turkish-Saudi alliance. Building an alliance takes a long time and requires huge efforts and mutual concessions. More importantly, building an alliance requires a shared vision and common values. In this regard, major divergences between Turkey and Saudi Arabia still remain, one among them is Saudi Arabia's stance against the Muslim Brotherhood and its designation of the Muslim Brotherhood as a terrorist organization, a stance and designation that is harmful and unproductive.